April Fool’s day. A day where people have an excuse to be horrible to each other, all under the guise of humor. A day when people who borrow money from you expect to never, ever pay you back, and are genuinely shocked when you stop being friends with them because they decided to be complete asshats.
In the Philippines, we often have stupid pranks that seem hilarious at first—and then we elect them into public office, and realize that the prank backfired on us.
Well, here are 8 pranks that had horrible, unintended coincidences.

A few people terrorize a projectionist with a simple gag: they catch him by surprise and frighten him. What they didn’t realize was that this projectionist was a pretty vicious prankster himself, as he proceeded to exact revenge by faking suicide, scaring the living daylights out of his coworkers.

In 2012, the student-run paper “Maneater” (What a name!) decided to publish a lampoon edition for April Fool’s, renaming the paper to “Carpeteater,” which, the editor at the time claimed, was a term they thought was merely innuendo, but not necessarily a gender slur for lesbians.
The uproar over the poor choice in words and humor proved to be so serious that they ended up ceasing to publish April Fool’s editions of the paper altogether. 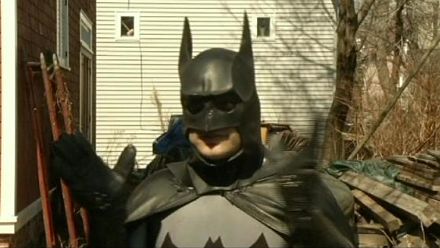 I think the headline says it all, but ever since 9/11, people should really know better than to joke about bomb threats. They always get taken seriously. Needless to say, let’s hope this isn’t the kind of superhero we deserve, because it sure as heck isn’t the one we need.

5 Woman Jokes About Murdering Her Husband, Almost Gets Arrested 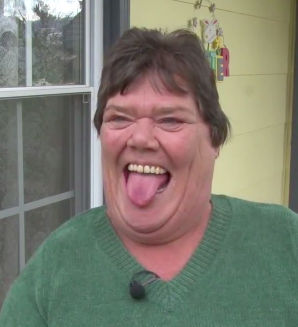 Speaking of making jokes that might get you in trouble with the police, well, here’s another one. Susan Hudson decided that pranking her sister by claiming that she shot her husband. This, on hindsight, was probably not a good idea, when the cops quickly cuffed her and brought her in for questioning.
With a picture like that, I’m sure it was just a misunderstanding, right? What kind of person who looks like that could ever possibly, oh, I don’t know, go off the rails one day and decide to kill her husband?
While this joke was playing out, the cops took the murder call so seriously that it took Ms. Hudson’s husband walking into the station, alive and well, before they decided to believe her story.

4 “I Cheated On You Prank” Backfires

Roman Atwood, a well known internet prankster, decided to build up a prank with his girlfriend by claiming he cheated on her, only for him to take it back after she got all good and angry. The problem was, he didn’t expect her to also come out and admit that she was cheating on him, too.

It turns out that Roman’s girlfriend saw the camera as he was setting it up, so she decided to prank him right back, although she was mildly annoyed, because she was hoping for a wedding proposal.
Unsolicited advice, Roman: that lady is a keeper!

Probably because they weren’t winning enough “worst parents of the year” awards, this US couple decided to take a sign that said “Junior Wash - $2.95” a little too literally by putting their junior in a washing machine. The washing machine then proceeded to start turning, while the child was still in it.
It didn’t take too long before their chuckling turned into horror, and then anger, as they started to blame each other for the mishap. With parents like these, who needs enemies?

Because people really don’t understand why signs are there and you’re not supposed to mess with them, three defendants were sentenced to 15 years each for removing stop signs as a prank, which resulted in the death of three other teenagers via car crash.
Sadly, a few years later, the sentence was rescinded. Here’s hoping that these kids are kept under lock and key every April 1.

In New Zealand, Matthew Schofield set fire to his colleague, Gareth MacFayden, in the middle of the office Christmas party. Schofield reached under a toilet cubicle with a lighter when he saw what appeared to be a grass skirt, and set it on fire.
Unfortunately, the “grass” skirt was made of synthetic material, and the ensuing fire resulted in the death of MacFayden. Schofield was sentenced to death for two years for involuntary manslaughter, which the judge felt was punishment enough, because he felt that Schofield’s drunken prank was something he clearly regretted enough.
Truth be told, seeing as poor Gareth was in the cubicle with a woman, and they were doing who-knows-what, Schofield was guilty of both involuntary manslaughter and the worst cockblock ever.