8 Divalicious Songs That Sum Up “Priscilla, Queen of the Desert” 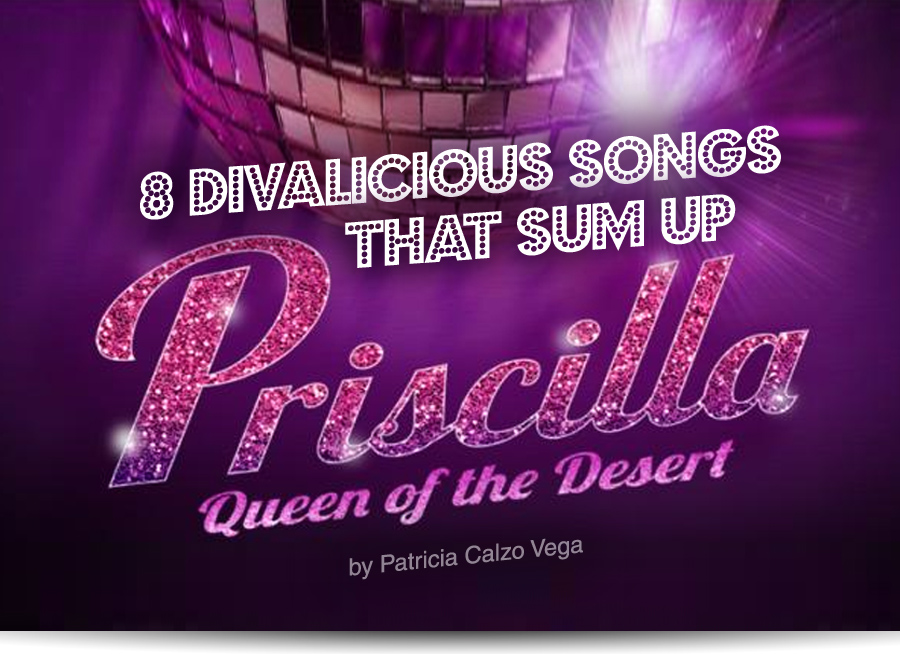 [dropcap letter="W"]hat do you get when you put two drag queens and a transsexual woman onboard a bus christened Priscilla and stick them in the middle of the Australian Outback? You get one riotous adventure filled with snark, song, and some fabulous shoes.

After a brief Singapore fling, "Priscilla, Queen of the Desert" is back for one show-stopping encore at Resorts World Manila’s Newport Performing Arts Theater. Starring Jon Santos, Michael Williams, and Red Concepcion in roles originated by Terrence Stamp, Hugo Weaving, and Guy Pearce in the 1994 Oscar-winning movie, Priscilla is a tour de force. It’s about gender and performance, bigotry and acceptance, and the meandering detours we take on the road to self-discovery. It also doesn’t take itself too seriously.
Priscilla is a jukebox musical done right. The production numbers are mini-shows unto themselves, and a testament to the dedication of the cast; charging on and off stage bewigged, bejeweled, and befeathered could not have been easy. The song selection is superb: the clever use of campy standards quickly establish tone and setting, but still manage to coax surprising emotions from the audience. The shenanigans of Bernadette, Mitzi, and Felicia will make you laugh one moment, cry the next, and sing all the way to the encore.
It was a tough choice, but here are the eight songs you simply must lip-synch to when watching Priscilla, Queen of the Desert.

8. What’s Love Got To Do With It-Tina Turner

Priscilla opens with a drag revue that is going south fast. What’s a self-respecting drag queen to do but channel a little Tina Turner in his performance? Miss Turner’s grit, self-confidence, and killer legs certainly come in handy on days when everything seems to go wrong.

7. I Say A Little Prayer-Dionne Warwick

The musical gets its first laugh-cry moment when Mitzi bursts into the opening bars of this song, upon finding out from his estranged wife that his son has been asking about him. It’s a scene that can easily turn maudlin, but Michael Williams tempers sentimentality with world-weariness to keep it from going overboard.

Preparing for an outback adventure requires extreme fabulousness. Cue a tricked out Barbie bus and members of the chorus dressed in drag queen versions of the Village People.

5. I Love The Nightlife-Alicia Bridges

A clever arrangement transforms this song into a dirge of despair, returned only to its disco glory by the arrival of the three leads.

The old-fashioned Bernadette schools the young, brash Felicia into the art of the lip-synch with this camp classic. Priscilla simulates drag performance by having the leads lip-synch and dance to divas singing on another part of the stage; it's like having two shows for the price of one!

When the trio meets a mechanic named Bob, they are surprised by his gentlemanly ways and accepting attitude, a far cry from the bigotry they've experienced on the road. They repay his kindness with a show at the local dive.
(Note that this is followed by one of the story's more sensitive subjects. Your mileage may vary regarding racism and misogyny, but—if you can—set your feelings aside temporarily to enjoy an over-the-top portrayal of a retired showgirl’s attempt to reclaim the spotlight).

A throwaway line in the movie transforms into a full-blown production number in the musical adaptation. Do we know why Donna Summer feels strongly about cake left in the rain? We may never know, what matters is that we want to sing along with her.
Priscilla teaches us that laughter is a powerful weapon: the ability to laugh at one’s self and with good friends helps put things in perspective, even when life seems to be playing a joke on you.

Finally, we reach the end of the journey, and the heroines all get their happy ending, after a fashion. The curtain call sees the cast go offstage and encourage the audience to sing and dance along. So wear your dancing shoes, bring your diva game, and ride the Priscilla express!
Priscilla, Queen of the Desert’s final run is on December 5, 6, and 7 at the Newport Performing Arts Theater of Resorts World Manila. Shows are at 3 pm and 8 pm.