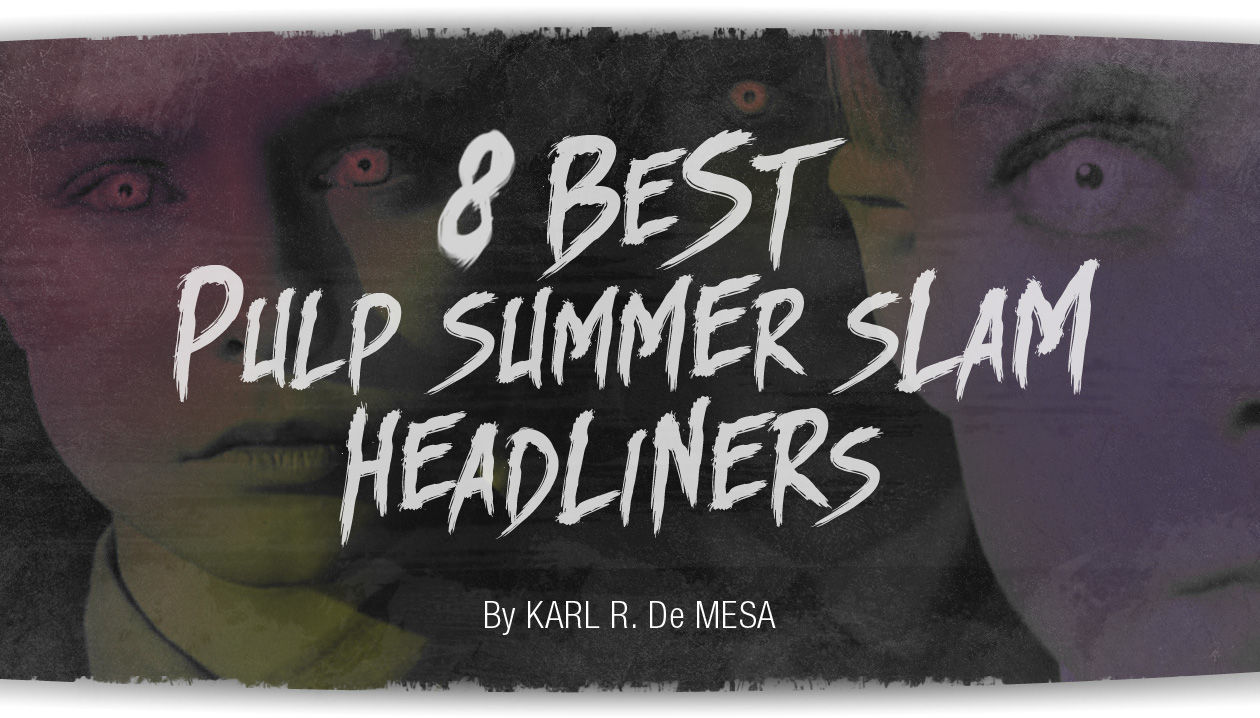 It’s that time of the year again, when Lent’s just finished, the heat is scorching, and Amoranto Stadium is all set to explode with a sea of bodies in black shirts thrashing up each other in mosh pits.

If you’ve never experienced a festival atmosphere then this is the closest you’ll ever get to a visceral experience that Germany’s Wacken Open Air is the template of. Pinoys haven’t been introduced to the tent or vehicle-pitching culture of Western festivals yet, although many other organizers have seen the potential of this kind of setup and pioneered their own multi-headliner event with the hipster and indie rock genres. I can’t wait to see the local Burning Man.

Before you troop to Amoranto Stadium on April 26, though, take a look at arguably the best past foreign headliners that graced the Slam with their exquisite brutality and heavy grace.

One of the underrated bands who pioneered thrash in the 80s, Testament played as headliners at the 2010 10th anniversary Slam alongside current groove metal darlings Lamb of God, and I throroughly enjoyed the tracks they played from their new LP Dark Roots of the Earth.

The quick hands and soaring melodies of the adepts of Nintendo metal put up one of the most fun sets in 2013’s Slam along with Cannibal Corpse, Coheed and Cambria, Dragonforce, As I Lay Dying, Circa Survive, Amoral and A Skylit Drive. Herman Li may have attitude in spades but his stellar fretwork more than makes up for that. I mean, you can’t argue with the sheer power, exubrance, and virtuosity of songs like “Cry Thunder” or “Through the Fire and Flames.”

There’s no doubt that Lamb of God’s set in 2010 was one of the most satisfying and shamanically engaging mosh pits I’d so far seen at this festival. It’s like Randy Blythe and his fellow “rednecks” know just exactly how to exorcise everyone’s demons in true metal fashion. Groovy and bloody and undoubtedly true.

Angela Gossow may have resigned to take on managerial duties but the memory of her Valkyrie scream can be remembered in 2012’s Summer Slam, when they shared the bill with Blessthefall, We Came as Romans, Periphery, August Burns Red, and Darkest Hour. Also, if you’ve heard the track below, new screamer Alisa White-Gluz (formerly of The Agonist) can stand in the shoes of Gossow and fill them without fear, which is likely why she got passed the torch with Ms Gossow’s blessing. Also doesn’t hurt that the young, brunette firebrand is just as easy on the eyes.

Anthrax, Hellyeah, and Death Angel were on the 2011 headlining bill. There’s nothing like flailing around to classic stompers like the song below, I must say.

The Fil-Ams were the first foreign group to be on the headlining bill in 2007, and this was also the first time that the Slam had a triple-band stage setup. Now they’re playing again in the 2014 line-up and I can’t wait to hear the tracks from their new album The Dream Calls for Blood.

See Brian Fair’s four foot-long dreadlocks flailing in the air like Medusa’s snakes. Having played at 2009’s "Countdown to Extinction" this set eventually became the special live DVD of the band titled “Madness in Manila.” I don’t have that DVD but I bet you can really feel the sinew and force of the New Wave of American Metal in that thing.

Last year’s slam was headlined by Coheed and Cambria, Dragonforce, As I Lay Dying, Circa Survive, Amoral, A Skylit Drive, and the real theme to the zombie apocalypse that is Corpsegrinder and Co’s music to level your shotgun to. Now this was an experience of death metal bliss.
What are you looking forward to at this year's Summer Slam? Post them thoughts in the Comments Section.