8 Reasons There Can Never Be Another Robin Williams 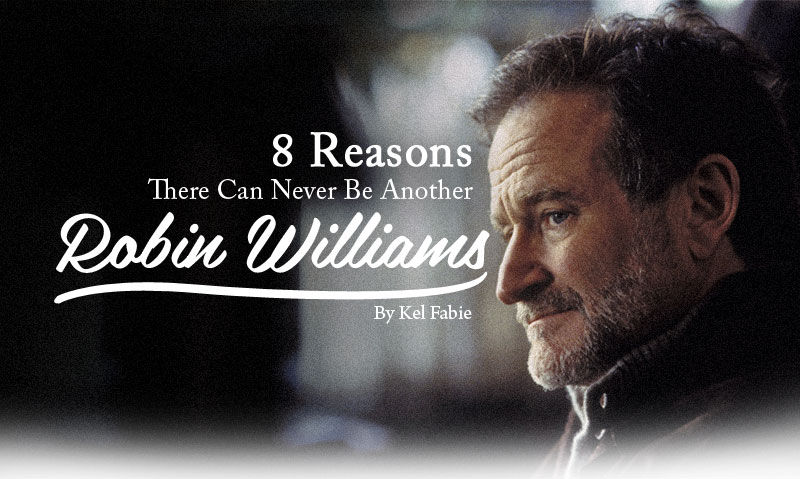 [dropcap letter="W"]e here at the 8List mourn the loss of one of the greatest comedians and entertainment icons of our time. It would have been much easier to just remember, maybe 8 of his funniest roles, or think about 8 of his worst roles, if we were being tacky, but something about Robin Williams’s passing struck a chord in all of us.
There can never be another Robin Williams. He was one of a kind, and no matter how many times he may draw comparisons with any new guy in the business, Robin’s body of work stood the test of time and can never be matched. Here are the 8 things that made Robin Williams unique. There may be other entertainers who had one, two, maybe even seven of these qualities, but all 8? Maybe never. 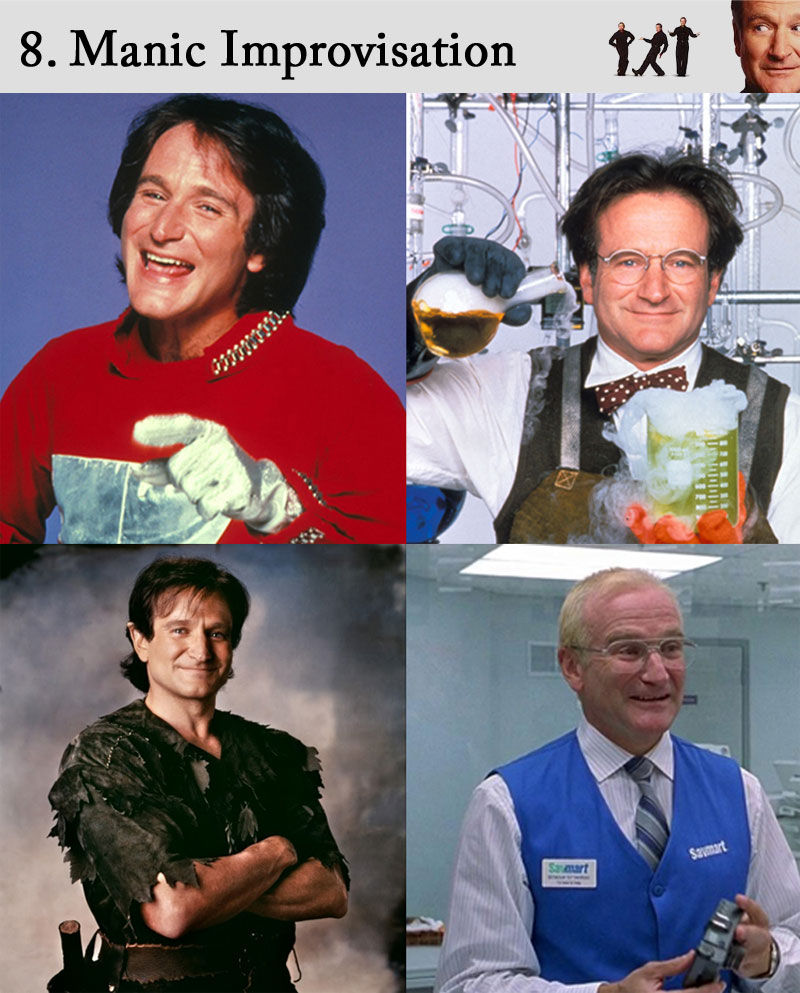 Via www.kcra.com, thedisneyslate.blogspot.com, furiouscinema.com
There’s manic acting, and there’s improvisation. What Robin Williams brought to the table was an amalgam of both that only he managed to pull off, albeit to varying degrees of success. Williams was a ball of boundless energy, and it showed from roles as diverse as his run in “Mork and Mindy” to his turn as the Genie in “Aladdin,” to his downright creepy portrayal of a troubled supermarket photo lab employee in “One Hour Photo.” He was capable of drawing it all out at the drop of a hat, which all the more makes it difficult to know how tired he was of all this by the end. 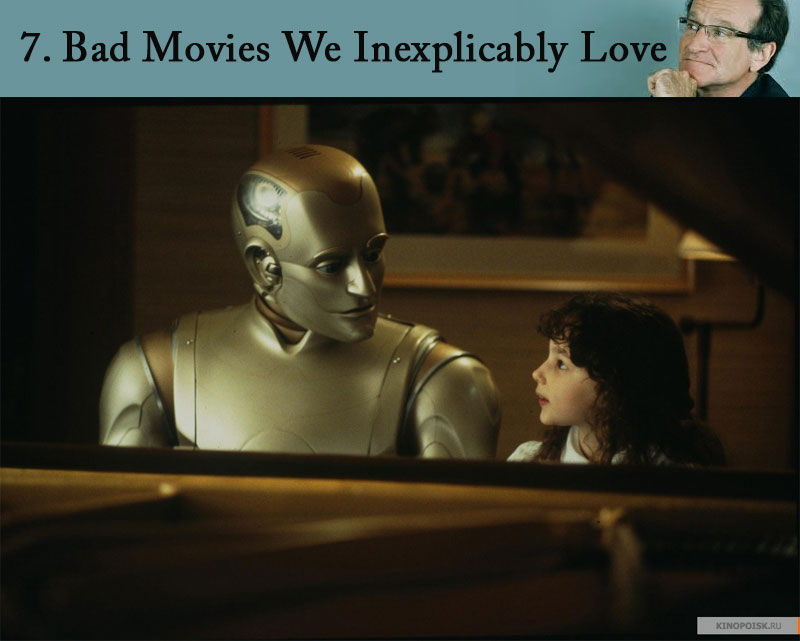 Via galleryhip.com
No film critic in their right mind would praise “Patch Adams,” “Toys,” or “Bicentennial Man,” but you know what? I loved those films. I’m sure I’m not alone in that, considering those three movies collectively grossed close to $250M in the American box office alone.
How do I love those movies? Well, I do not love it as if it were salt-rose, or topaz, or the arrows of carnation the fire shoots off. I love it as certain dark things are to be loved, in secret, between the shadow and the soul.

6. The Ability to Inspire 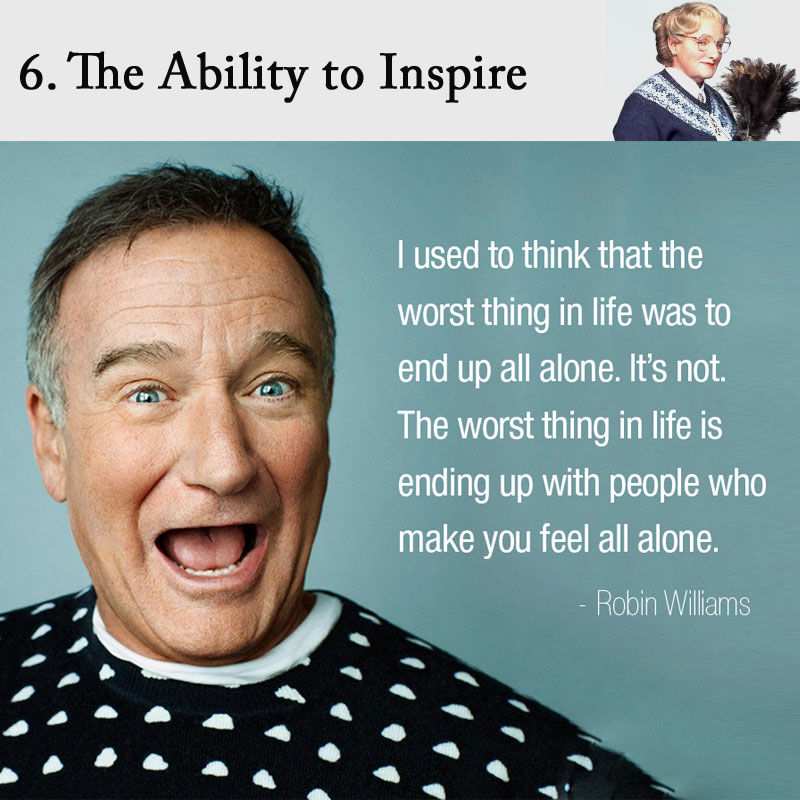 Via parade.condenast.com
Let Jim Carrey prove my point.
“Dead Poets Society” was merely the tip of the iceberg when it came to Robin Williams and his ability to inspire people. Not a few comedians today will cite him as one of their earliest influences, present company included. It’s also why we find it hard to be truly saddened by his passing, really: any comedian worth their salt would not want to cause sadness when they’re remembered.

5. A Relentless Drive for Self-Improvement 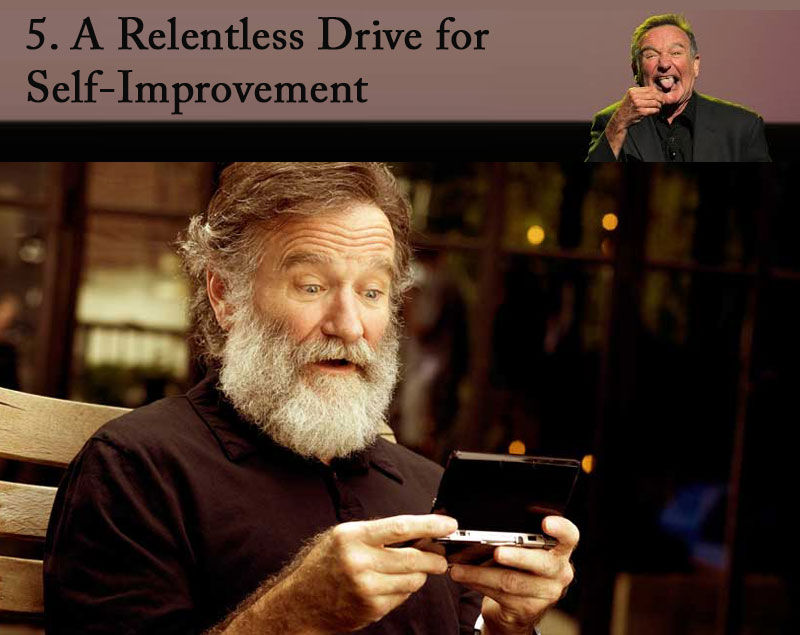 Via nymag.com
Robin Willaims never rested on his laurels. He did film comedy, he did theatre, he did standup, he did charity work, all while continually battling his demons non-stop. Some might even argue that wherever he is now may very well be an improvement from the mad world he left, although I would rather not elaborate on my feelings about that, at the risk of saying the wrong thing. And speaking of the wrong thing…

4. A Willingness to Say the Wrong Thing 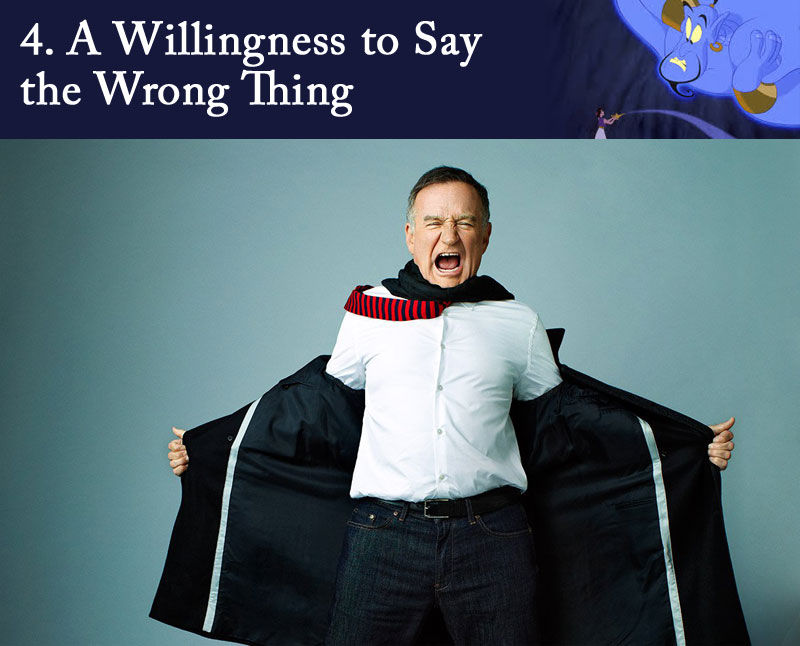 Via the-editing-room.com
Robin Williams was known as a devout Christian, but over the years, he has made several jokes about religion, and other topics you would think should be off-limits for someone like him. Well, if they were off-limits for him, then he certainly wouldn’t be Robin Williams now, would he?
It’s the kind of commitment Robin shows to whatever he says that allowed him the gravitas he enjoyed for most of his career. 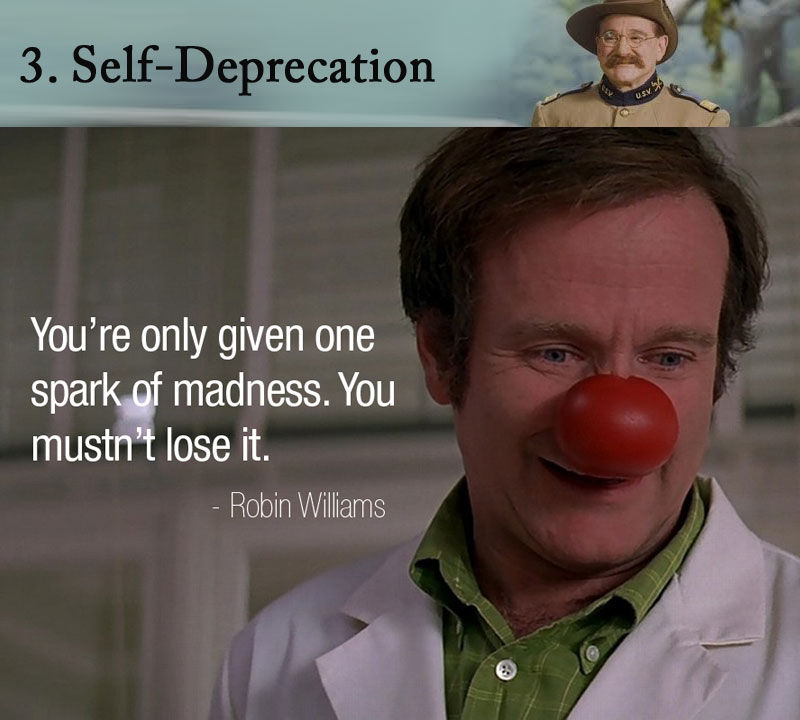 Via the-editing-room.com
Despite having won an Oscar, Robin Williams wasn’t really known for taking himself seriously. He had no problem poking fun at himself, and certainly wasn’t afraid of failure, when it came to the roles he took. One of his most notable TV bits was when he guested on “Whose Line Is It Anyway,” and when prompted in the game called “Scenes from a Hat” to say what he was thinking at the moment, he readily quipped, “I still have a career. What am I doing here?”
It’s really hard to find a performer as accomplished as Robin Williams who can still have a go at himself just because it’s the funniest thing to do at the time. Just ask Rob Schneider. 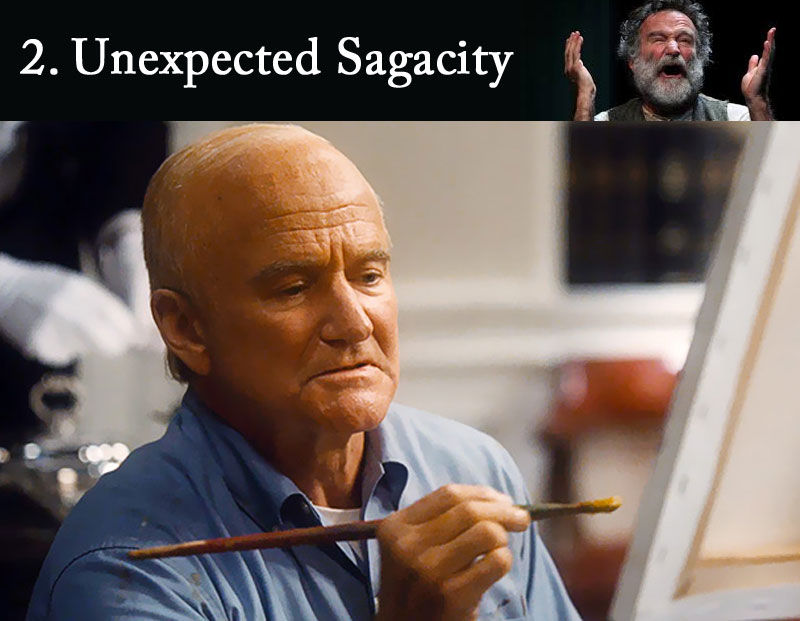 Via popwatch.ew.com
“Cocaine is God’s way of telling you you are making too much money.”
Did you ever think that a seemingly flippant quote about drugs and money could ring so true and make so much sense? As someone who has been there and battled his demons, Robin Williams knew what he was talking about. He didn’t need to star in “Waiting for Godot” just to come up with something so profound: he just needed to draw from within. 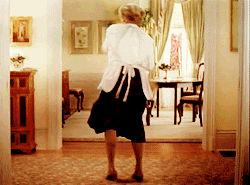 Via /metro.co.uk, worldleaks.com
We expect our clowns to be clowns and our geniuses to be geniuses, but Robin Williams rapidly switched between both, even in the same role. After all, that’s probably the reason why “Mrs. Doubtfire” was the highest-grossing film of his entire career. One moment you were laughing at his crazy antics, the next you were tearing up at the pathos of a man who just really wanted to be with his children. It was this kind of pathos that forever marked Robin Williams: behind the genius, people saw a tortured soul.
He started a joke, and it started the whole world laughing
In my childhood, I had two comedy idols: Dolphy and Robin Williams. As I grew older, I may have learned to love other comics, but these two always held a place in my heart, and my respect for them and what they have accomplished never wavered. Today I say goodbye to another one of them. There can never be another Dolphy. There can never be another Robin Williams.
Sail on, o captain, my captain.