Yesterday evening, the trailer for the RoboCop remake debuted. Reaction online was decidedly divided, with criticism centering on the look of the new hero, and the premise: the new RoboCop is a machine with a human face, to protect OCP's very lucrative drone business.

Whatever you think of the upcoming movie, scheduled for a February 2014 release, check out 8 of the best tweets we've sighted online:

A new #RoboCop can only mean a @WWE Capital Combat reprisal, right? pic.twitter.com/qbzWo3wwM8

(Capital Combat was a 1990 wrestling pay-per-view event in the US. It featured the old RoboCop making a "real-world" appearance ringside, as part of the promotional efforts for RoboCop 2) 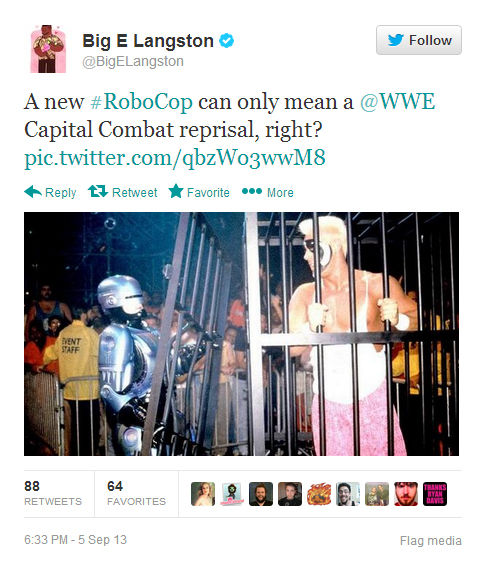 Hoping this new #RoboCop lives up to my expectations. I am old enough to remember the first movie and game for original #Nintendo 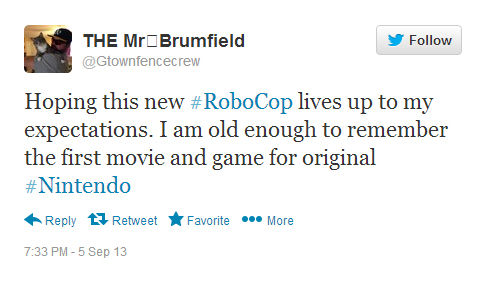 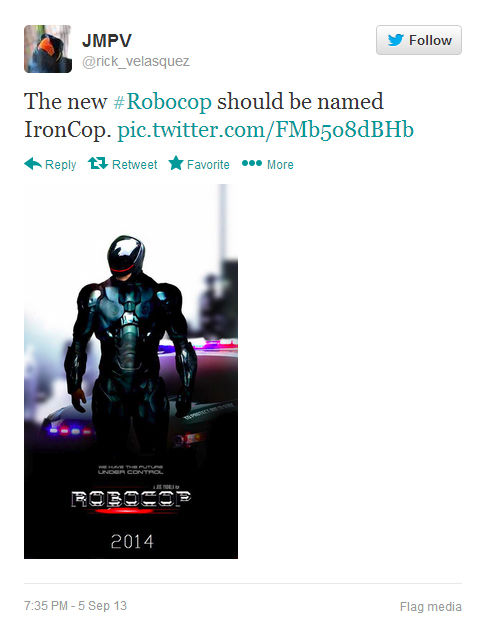 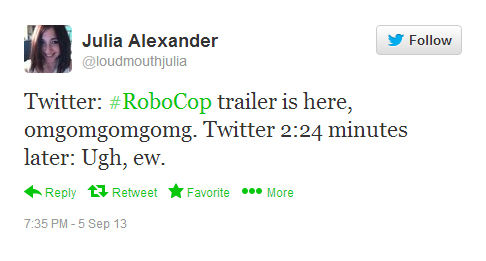 Remaking #RoboCop! Are you serious!? You making him look like Batman!!! You should just call the BatMoboCop! Lol, jk 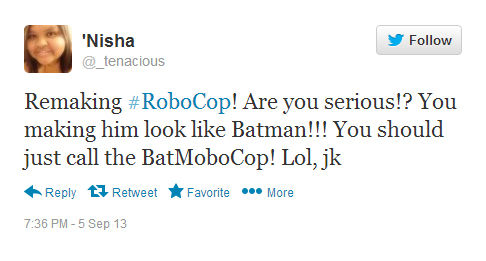 New #RoboCop trailer looks interesting. Except the guy who plays title character. Then again, any robot would've done the job. 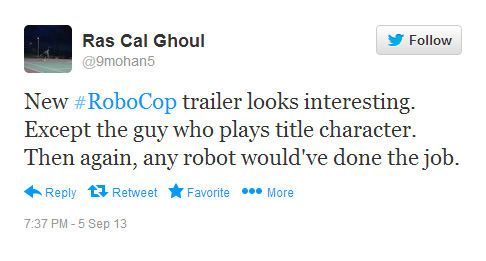 And why is it that most of the people complaining about how it won't be as good were toddlers when the original #RoboCop came out? 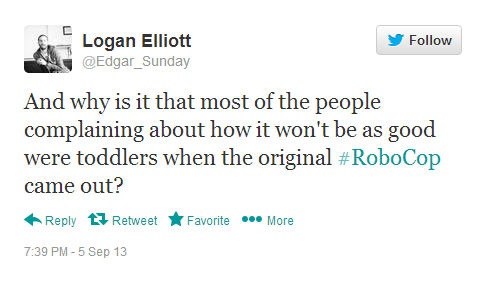