Great expectations are part and parcel of the film adaptation experience, especially when its source material is a fan favorite. Sequels are subject to even greater scrutiny; after all, many a franchise has fallen victim to the sophomore slump of inferior storylines failing to meet critical and commercial standards.
The success of the first Rurouni Kenshin live action movie set the bar even higher for this next installment, “Rurouni Kenshin: Kyoto Inferno,” the first of two movies adapting the penultimate arc of the Nobuhiro Watsuki-penned manga. An air of nervous excitement permeated the cinema during the movie’s Asian premiere held just a few weeks ago, with the audience—comprised mostly of diehard fans like myself—eager to discover exactly which scenes were retained, and speculate about the ones left on the cutting room floor.
With the original story arc spanning ten volumes and introducing over a dozen new characters, a significant amount of plot streamlining was necessary to resolve all the Kenshin-gumi’s adventures within two 150-minute movies. In short, a lot could go wrong—but luckily for us fans, director Keishi Otomo, lead actor Takeru Sato, and the rest of Rurouni Kenshin cast and crew hit all the right spots.
Here are 8 instances where the movie avoided the dreaded sophomore slump: 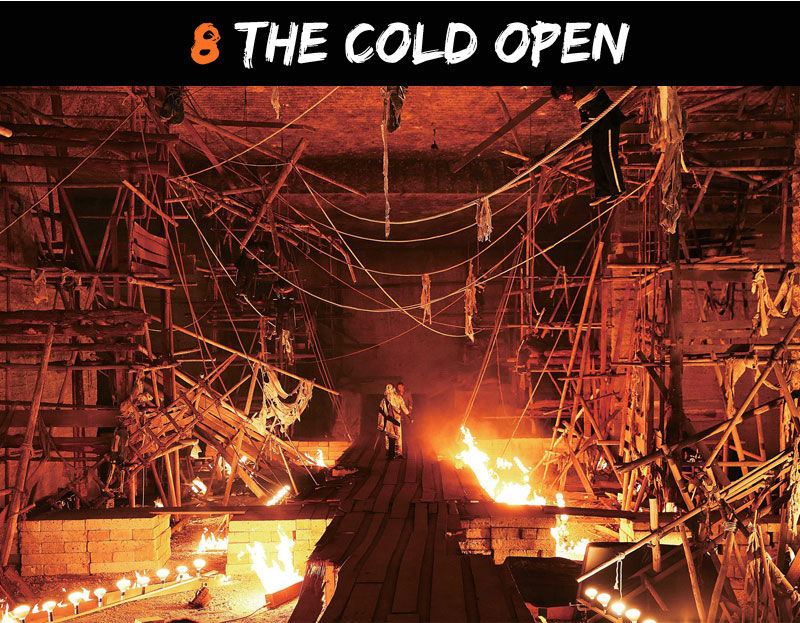 
Like its predecessor, “Rurouni Kenshin: Kyoto Inferno” relies on a cold open to establish the film’s primary conflict. But this opening sequence was far from cold, with ballistics and bombast introducing Shishio Makoto (played with aplomb by Tatsuya Fujiwara of “Battle Royale” and “Death Note” fame), who, like Kenshin, is a manslayer made redundant by the dawn of a new era.
What do we know so far? One, the repercussions of war can last decades. Two, the new villain is a sword-wielding pyromaniac with a flair for dramatic statements. Three, Saitoh is still a badass. Four, the two and half hour screening time is just going to fly by. (Spoiler alert: it did). 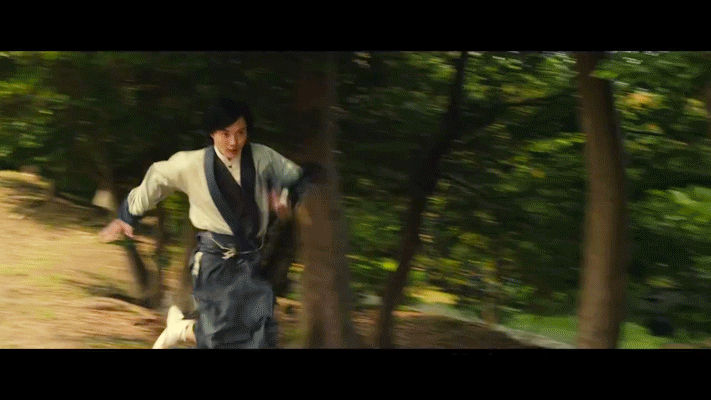 Seeing the impressive swordfights of the manga or anime brought to life on the big screen is reward enough for Rurouni Kenshin fans, but when a particular action sequence hews closely to the original, expect bursts of applause and delighted heckling to fill the movie theater. The fictional account of the assassination of Okubo Toshimichi was one such scene, with Ryunosuke Kamiki channeling the deadly playfulness of sword prodigy Soujiro Seta, the second-ranked member of Shishio's Juppongatana group. 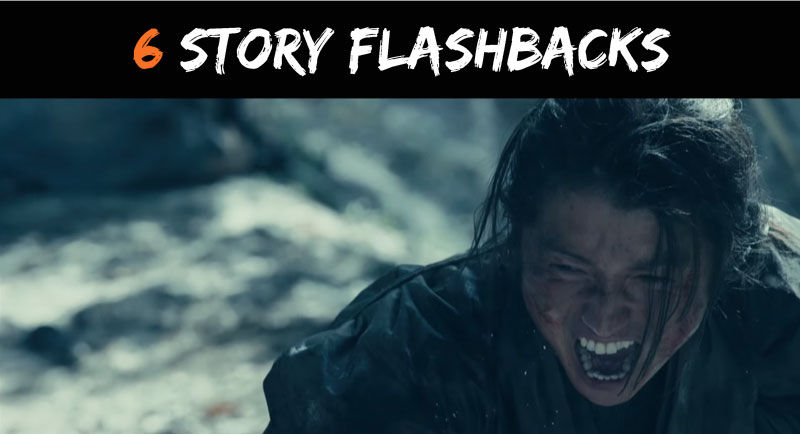 
Once again, the movie employs the flashback technique to fill out the new characters' backstories. Seeing Shishio and—in a separate flashback—Aoshi Shinomori at their lowest point enables the audience to understand why their actions moving forward seemed to be their only recourse. It also gives us the opportunity to see Fujiwara sans prosthetics and bandages. 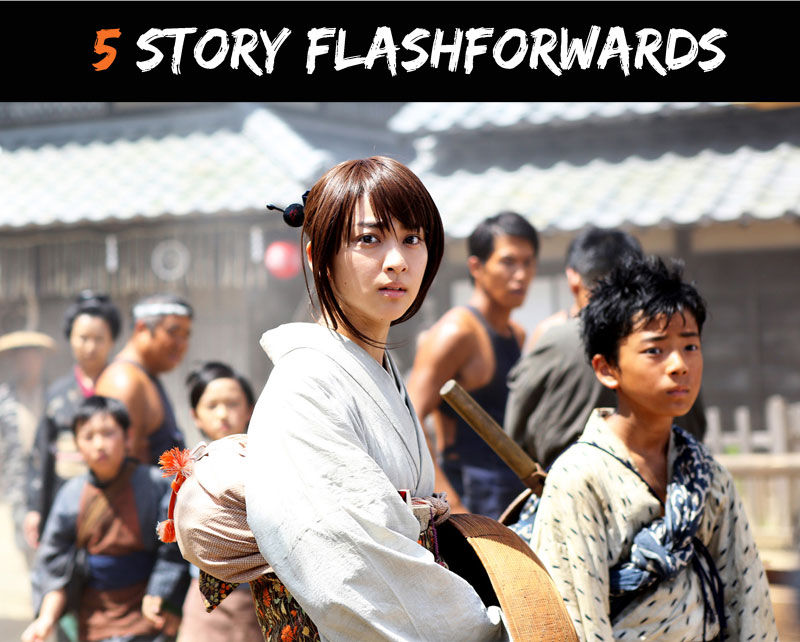 
The weekly format of the manga and anime encouraged the character development of the side characters, with entire episodes devoted to their own mini story arcs. “Rurouni Kenshin: Kyoto Inferno” does not have the luxury of a slowly unfolding narrative, and as such, the Kenshin-gumi took the express route to Kyoto, but their underlying motivations remain the same: to help Kenshin exorcise the ghosts of his notorious past. 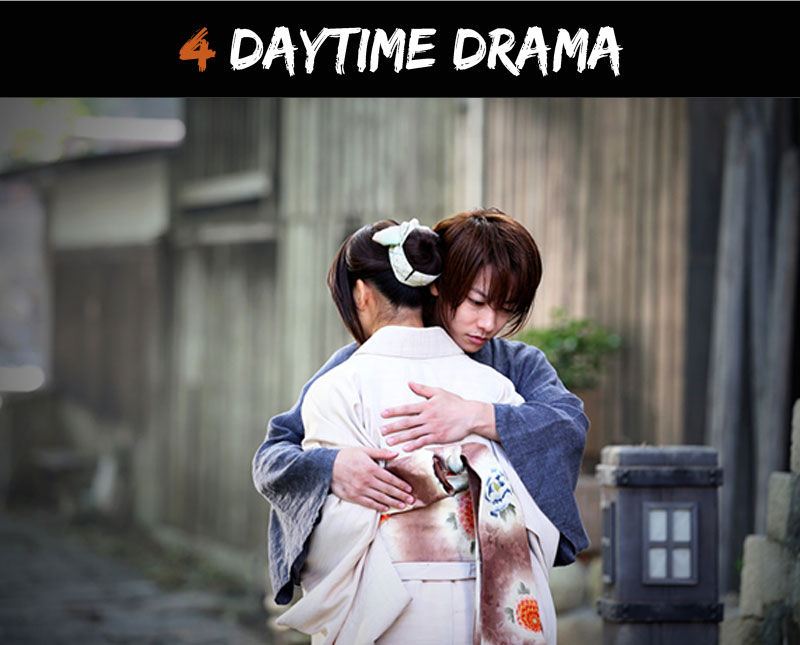 
The lack of fireflies in Kenshin's emotional farewell to Kaoru (Emi Takei) initially caused a bit of a furor in fan circles. Why? Because it's a metaphor (no, not really), though this scene does underscore a turning point in the Kenshin-Kaoru relationship dynamic. But while fireflies at dusk would have added more drama to this scene as it did in the anime, Otomo preferred to let Sato and Takei do the emotional heavy lifting, instead of attempting to recreate the firefly scene frame-by-frame. Also, if you wanted metaphor, Kenshin's numerous costume changes say more about his inner turmoil than any hovering insects could. 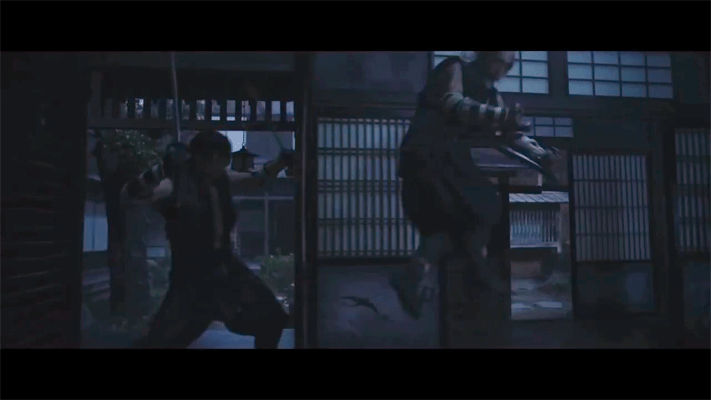 With less pressing set pieces edited out for expediency, Otomo could focus on the Oniwabanshu ninja group, who were noticeably absent in the first movie. The Oniwabanshu serves as a foil to the Juppongatana—each group showing how warriors displaced by the relative peace of Meiji government rule cope with the changing times. Also, the power struggle between the Oniwabanshu leaders Aoshi and Okina (Min Tanaka) makes for a great action sequence. 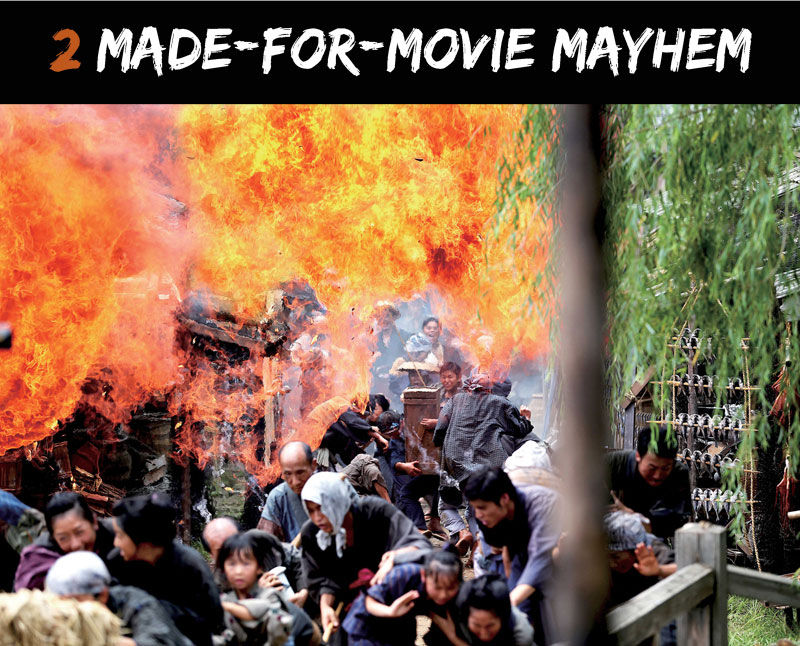 
This is where middle sequels get tricky: the movie has to end midway through the story, but it has to keep the momentum going and end on a high note. What’s a director to do? Taking a page from Peter Jackson’s playbook, Otomo adapts the Kyoto Grand Fire sequence, tweaking event timelines and upping its scale to properly pace the movie and build up excitement for the final installment. 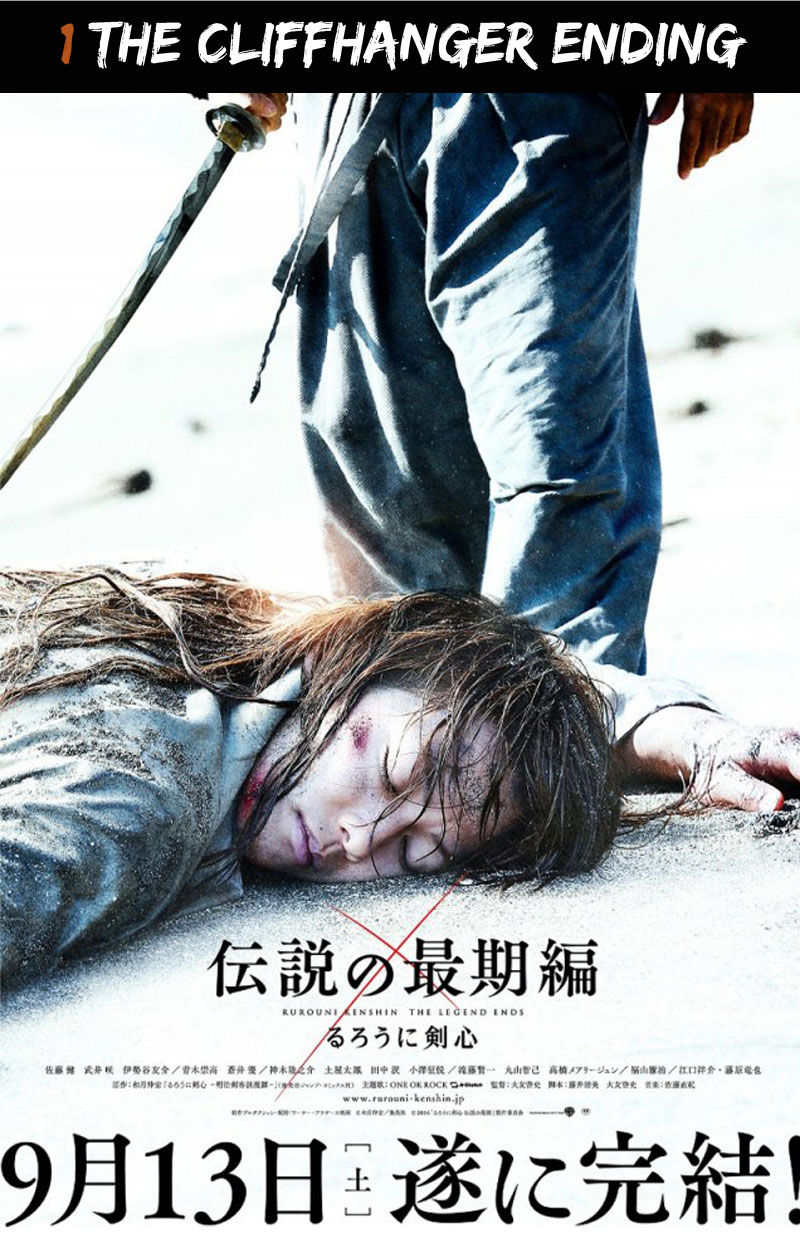 
Naturally, “Rurouni Kenshin: Kyoto Inferno” ends on a cliffhanger. If you’re a fan, you’ll see it coming, and you can probably guess how it plays out, but this does not in any way diminish the thrill of seeing that final scene before the movie fades to black and Japanese rock band One Ok Rock plays us through the end credits and out of the cinema. September 24 cannot arrive fast enough.