8 Ways to Clean Up (and Eventually, Save) the Pasig River

Being older than all the cities surrounding it, the Pasig River is, in itself, history. It has seen Chinese ceramics dating from the 14th century, the Second World War, and the city we live in now. The river used to be the focal point for development and historical events in Manila. Sadly, it started deteriorating in the 1930s and is now considered biologically dead.

They say that rivers reflect our health as a society. If this is the case, then we are in big trouble. But it’s not yet too late! Here are some ways that we can return the river to its former glory: 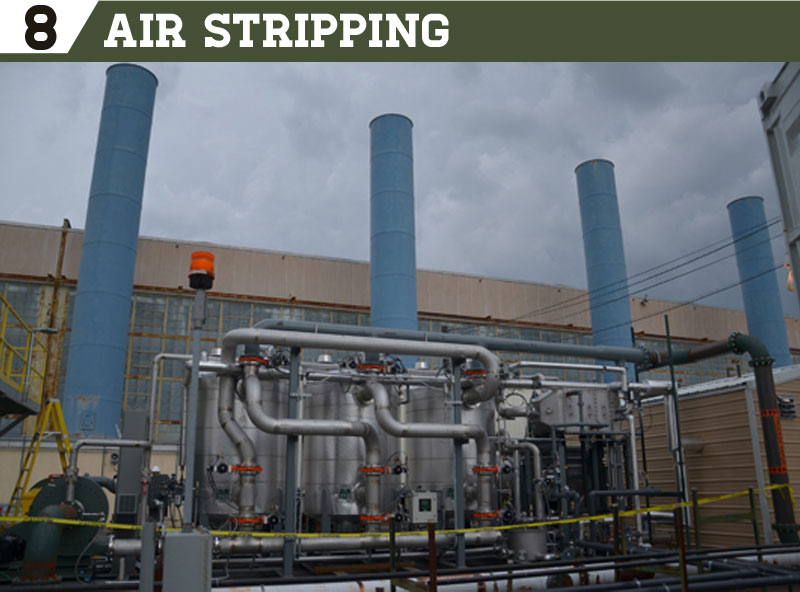 
Polluted water is collected into a tank, where a fan blows over the water to evaporate the chemicals. The down side to this technique: it’s just transferring pollution from water to air. 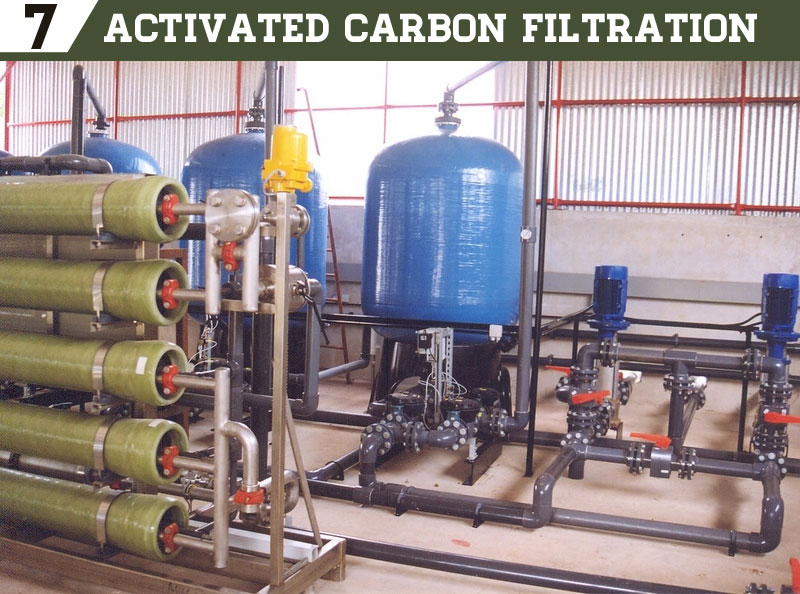 
Polluted water is pumped from the site, and then treated through columns on activated carbon. However, this does not work on inorganic contaminants.

This process uses biological organisms to digest contaminants from the site. The contaminants are usually converted to water and other gases.


5. Relocate illegal settlers living on the edges of the river 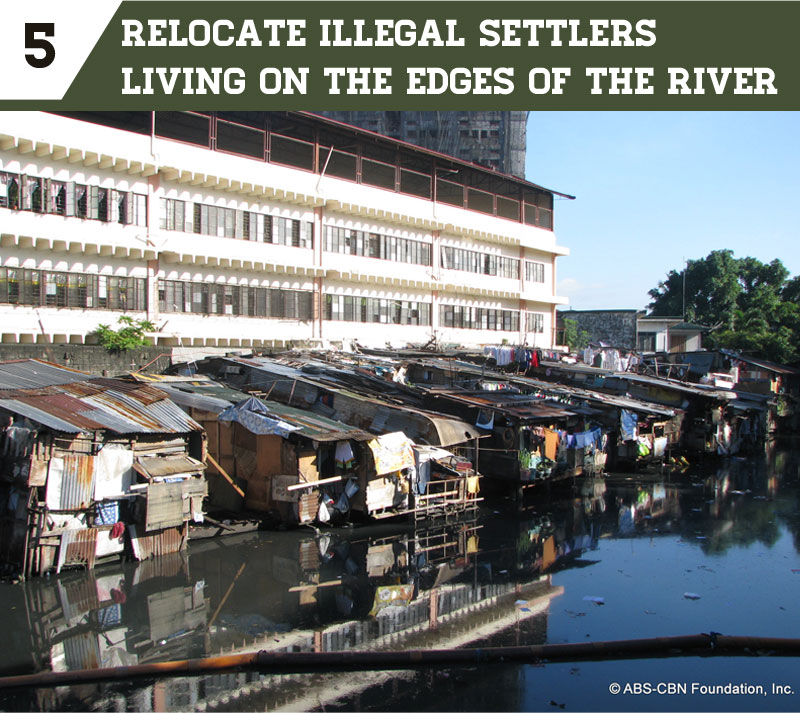 
Some of the garbage or wastes in the river come from the households of these illegal settlers. If they are not relocated, the Pasig River will be very difficult to treat.


4. Stop sewage systems that connect to the river 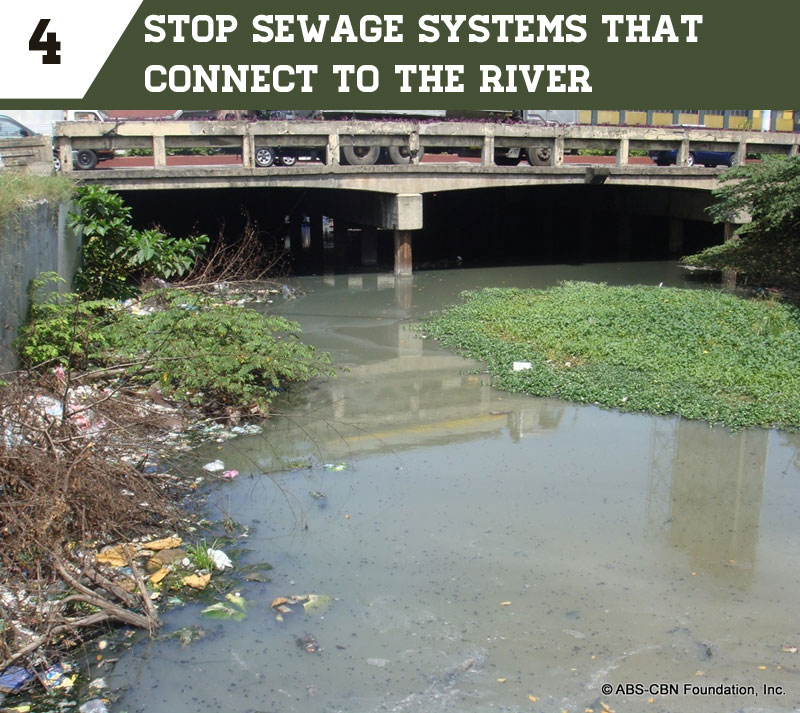 
No matter how much we collect garbage, our efforts will remain futile if waste continues to flow in the river through the sewage.


6. Collect any garbage left or thrown in 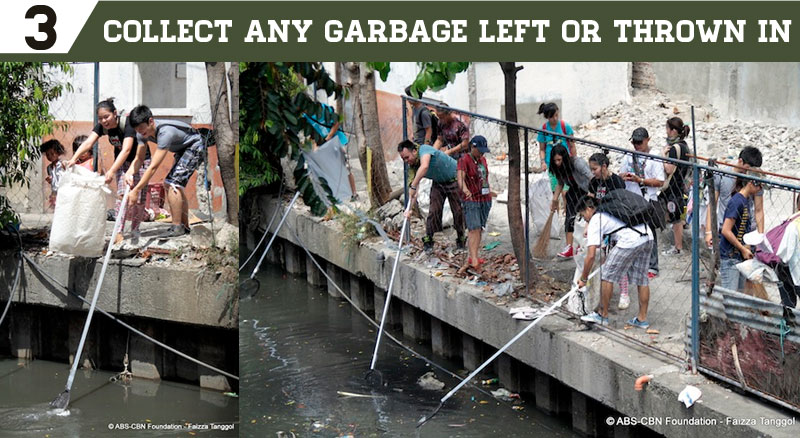 
This is the easiest way to clean bodies of water. Use a net to collect garbage in the water, and be sure to dispose of them properly. 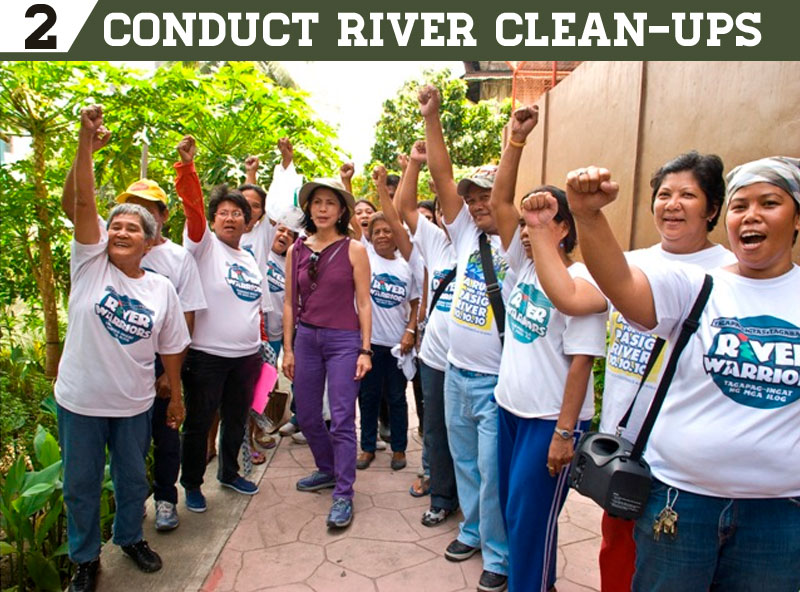 
As the famous saying goes: the more, the merrier! Regularly organize river cleanups; invite your family and friends to make it a collective effort. Encourage participants to bring their own supplies (e.g. buckets, gloves, reusable bags, shovels, etc.).


1. Put up a floating billboard 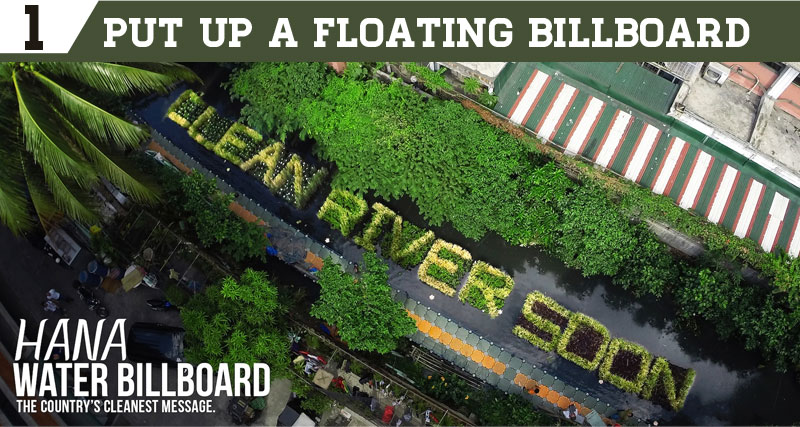 
Believing in nature's restorative power, Shokobutsu Hana mounted the first ever "water billboard" in the Pasig River. Using Vetiver plants, which can clean up to two to 8 thousand gallons of water daily, the billboard spells hope: CLEAN RIVER SOON. This is definitely a unique and creative way to help in cleaning the Pasig River.