An 8list guide to watching “She’s Dating The Gangster” 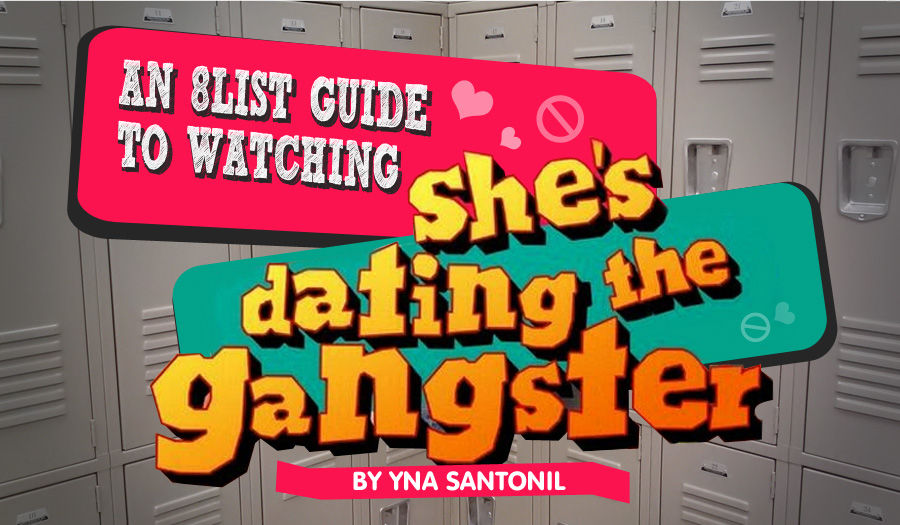 [dropcap letter="S"]tar Cinema is celebrating their 20th anniversary this year and part of their roster of films is the much anticipated Daniel Padilla – Kathryn Bernardo flick “She’s Dating the Gangster.”
There’s no doubt that this film will be raking in millions (like any other star cinema RomCom), but here’s a guide that will add a little more flavor to your movie-watching experience.
PS you won't find spoilers here that the trailer hasn’t already given us.

Via noeljose.com
It might come as a surprise to you, but there are people who are not acquainted with “KathNiel.”
What it is: Merging names of celebrity couples have become a norm for fans worldwide. (The more famous ones are BraNgelina, BenIffer, TomKat etc.) The Philippines has of coursed picked up this trend, thus dubbing the current love team of teen sensations Kathryn Bernardo and Daniel Padilla as KathNiel. They first met during rehearsals for “Showtime” and first became an item in their show “Growing up.” Now they’re the ultimate teen dream---bad boy image meets the smart underdog girl and the rest is history.

Via abs-cbnnews.com
Bianca Bernardino explains that the book was written mostly from her and her friends’ experiences. It was originally posted on candymag.com and then on Wattpad ages ago (ie 2006) before it was turned into a book by Summit Media last year. It shot up to the top of National Bookstore’s Philippine Bestseller list.
A lot of fans that say that it feels like a mash-up of Korean telenovelas “Meteor Garden” and “A Millionaire’s First love.” Care to comment, Ms. Bernardino?
Well, whether it’s a fanfic of those telenovelas, or based on real occurrences, supporting Philippine literature is strongly recommended.
Piece of advice: Well, if the KathNiel version of the cover isn’t enough to lure you into reading, then this line should: you know how they say the book is always better than the movie?

6 “She’s Dating The Gangster” is only the 4th book to movie adaptation that Star Cinema has done in 20 years.

Via dollhana.com
The previous three have all been written by Bautistas.
The first two was “Bata, Bata, Paano Ka Ginawa?” and “Dekada ‘70” both written by Lualhati Bautista. The latest one was by another Bautista, though unrelated to the former---“Bakit hindi ka crush ng crush mo” by Ramon Bautista.
What does it say about Star Cinema’s choices from highly relevant, brilliantly written books to the more contemporary ones? Mirroring the decline of  Philippine society, perhaps?

Via pressitt.com
At least in the writer’s mind. She originally pictured KimErald as the leads when she was writing it back in 2006. After all, KathNiel were only 9 and 10 years old back then.
But times change and KimErald are now well past their teen years. But wouldn’t it be interesting if it was a Maja-Gerald trying to make a Kim jealous kind of movie? 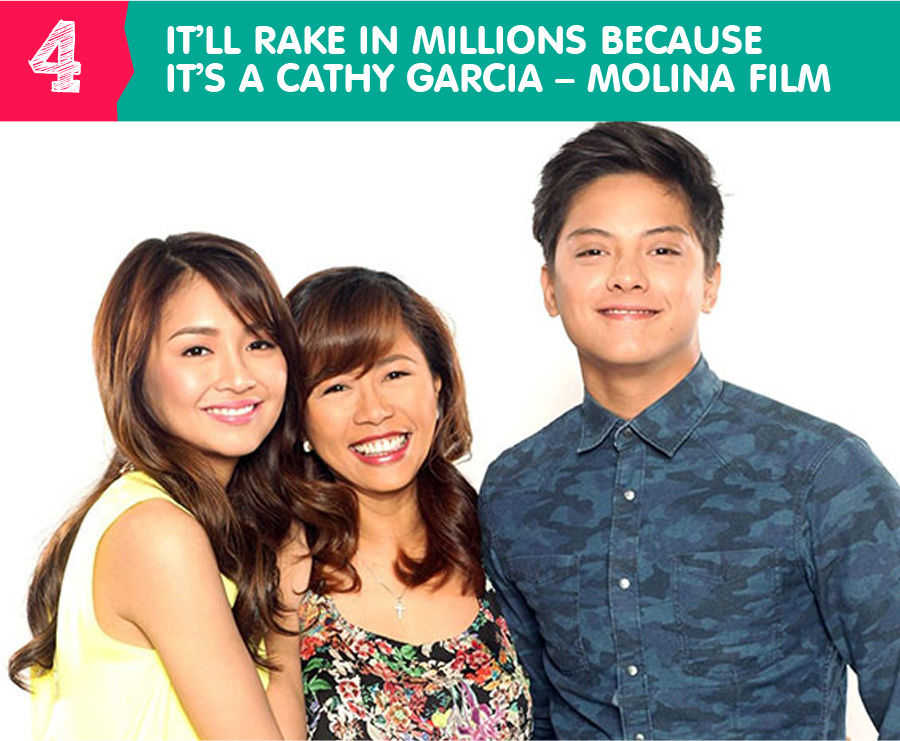 Via philstar.com
There’s no sure formula how a film becomes a blockbuster success but Cathy Garcia–Molina sure is on a roll with back to back hits with star cinema. Seven of her films are among the highest-grossing in the Philippines and with the steady following that KathNiel has, this film is sure top charts.
In case you’ve forgotten, here is a reminder of some of direk Cathy’s biggest films: “One More Chance” (2007), "A Very Special Love" (2008), "You Changed My Life" (2009), "Miss You Like Crazy" (2010)

3 Does the film look good? You have Dan Villegas to thank for that.

Via dvillegas.com
We’ve all heard of the “Star-Cinema Gloss” where the colors in the films are ablaze to the point that it looks chintzy. In recent years, they’ve found a way to make cheeks “pink kung pink!” and crowd scenes look oh so festive. You have the cinematographer and the colorist to thank for that.
In she’s dating the gangster, despite the colors, you can see from the trailer that this film captured the picturesque locations and made use of trained lighting. You’ve got to give credit to the man behind the Alexa camera, Dan Villegas---who has several mainstream movies and two Cinemalaya cinematography awards to his name.

2 What does it take to be a gangster?

Via philsense.com
This film sets its own rules on being a gangster---when the term “gangster” is mentioned, of course we think that it should be someone part of a gang.
Not in this book and most probably not in the movie either. For reference, the book has provided a gangster checklist: He's not into a gang nor is he a criminal. I just mean that he's your typical bad boy: he's irritating, he's loud, he smokes and drinks, he goes clubbing on weekdays, and last but not the least, he gets into fights.
But we’re not sure if this is the reference the movie will be sticking to.

1 What to expect:A star cinema movie.

Via mymovieworld-coolman0304.blogspot.com
As seen in the trailer, they’ll pretend to be together. Eventually falling into that time-tested cliché that their feelings become “real.”
They’ll end up together. They’ll become Richard and Dawn and find each other eventually. Or their future children will end up together. As long as two people end up together. It’s Star Cinema guys. They wouldn’t want to tarnish their record on their 20th year.
She’s Dating the Gangster comes out on July 16, 2014 in cinemas nationwide. Post your reactions in the Comments Section.