8 Songs You Should be Listening to (Right Now) 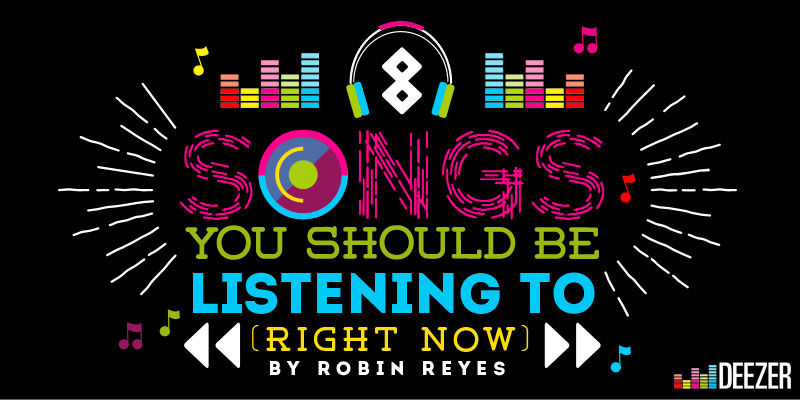 It’s a great time for Filipino music lovers! After starting the music-streaming revolution in the country with Spinnr.ph, local service provider Smart Communications has added another music service in its portfolio by partnering with leading international music app Deezer.
With more than 30 million songs from all over the world to choose from, Deezer has got to be the music streaming app with the largest music catalogue. You could listen to music from different countries without having to hop on a plane!
Music lovers and audiophiles out there can avail of its Premium Access to get unlimited ad-free access to all the songs, enhanced sound quality, a mixing desk, new album previews before their official release, and exclusive competitions to win prizes and tickets to your favorite artists' gigs.
Since it can smart-cache songs onto your device, you can also enjoy Deezer on offline mode. Just sync your albums and playlists so you can listen to your music whenever and wherever you want.
If the notion of having more than 30 million songs to listen to feels a little bit overwhelming, worry not, the “Hear This” and “Explore” features that use innovative algorithm. And of course, the Deezer editors can help you with their recommendations. These options allow you to discover the world’s best music, from the latest chart-toppers to those beyond the usual mainstream radio favorites.
Here are 8 songs to get you started.

The ever-hilarious Weird Al is back with a brand new album, “Mandatory Fun,” and one of his standout singles is his parody of the song “Royals,” originally done by Lorde. You might think he’s merely back to his old tricks, singing about food, but he throws you in for a loop once the second stanza hits.

You probably know this Norwegian literal band of brothers because of last year’s bizarre viral hit, “The Fox,” but Ylvis has a lot more great music up their sleeve and prove they are far more than a one-hit wonder if you just bothered giving the rest of their songs a listen.

Genki Sudo is a retired MMA fighter from Japan who decided to form a dance band after his stint in the ring/octagon. This is the product of that collaboration, and you might have seen a video of his before, when he took his troupe to New York. Nokia tried to imitate this. And failed. Miserably.

5. “After All This Time” - The Itchyworms

Going local, vocal, loud, and proud, The Itchyworms is generally known for their Tagalog songs, so to hear them do their first high-profile English song since “Season of Smiles” is definitely a refreshing change of pace.

We’d love to send you diving right into the middle of more obscure K-Pop groups, but 2NE1, with the effectively still Filipina Sandara Park firmly in the lineup, tends to be the easiest gateway for people into the wacky and insane world of Korean Pop music. You can also try listening to “Tell Me” by the Wondergirls or “Mr. Taxi” by Girls Generation, if you wanted to hear female K-Pop at its finest.

One of the most influential French pop artists of our time, Shy’M’s tribute to Jean-Jacques Goldman simply should not be missed.

Ahh, Russia. This is a song that wouldn’t be out of place in anyone’s mid ‘80s dance playlist, because that’s how it sounds like. And yeah, you wouldn’t know it’s a Russian song if we didn’t tell you it was.

African Pop is ridiculously catchy. And one listen to Davido tells you they also like their autotune very much.


Download Deezer for Android and iOS now to access the largest music catalogue through your devices. Enjoy the FREE 15-day trial when you download Deezer or get premium access (no ads!) with Smart Postpaid’s Deezer Premium + Plans. For as low as P1175 a month, you get Deezer Premium + access, unlimited LTE surfing, free calls and texts and a free smartphone.
Existing Smart Postpaid subscribers can avail of Deezer Flexibundles to access Deezer Premium + for as low as P25 a day. For more information, visit www.smart.com.ph/deezer.
What other songs would you recommend on Deezer? Share your feels in the Comments Section below.