I don't know about you, but I would never complain about getting something for free. At worst, I could say “no thank you” and move on with my life.
But I would be crazy to say “no thanks” to 30MB of free daily internet, which is exactly what SMART is doing right now. Oh, sure, we all know that an HD movie takes 7GB or so to download, but that's also totally illegal, and criminally skews our perception of just how much data we really need to get through a day.
30MB a day is almost 1GB, which is definitely a lot of data. We came up with 8 amazing things that you can do with 30MB! 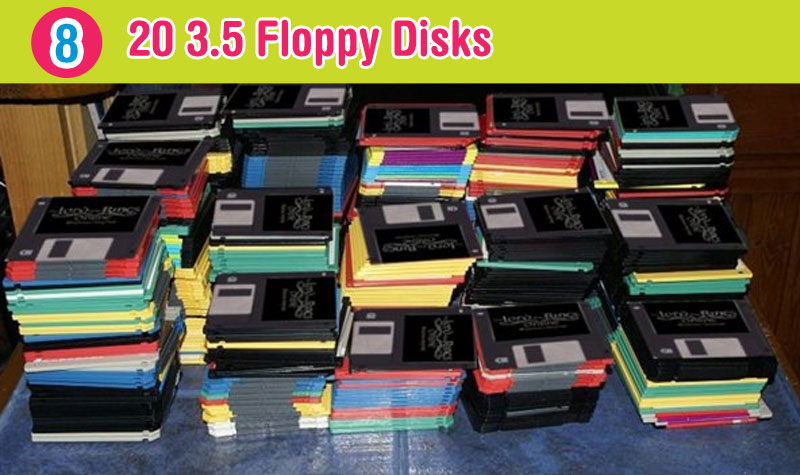 Via connect.lulu.com
Back in the day, we had 1.44MB floppy disks for all our file needs. USB drives were unheard of, and all we ever needed was to be able to save a word processing file or two. Our minds would have been blown way back in the early '90s if we were handed the same data as 20 diskettes for free on a daily basis, because any game of note at the time ran on 10 diskettes at the most back in the day.

7. Send Out Your Resume for about 20 Times 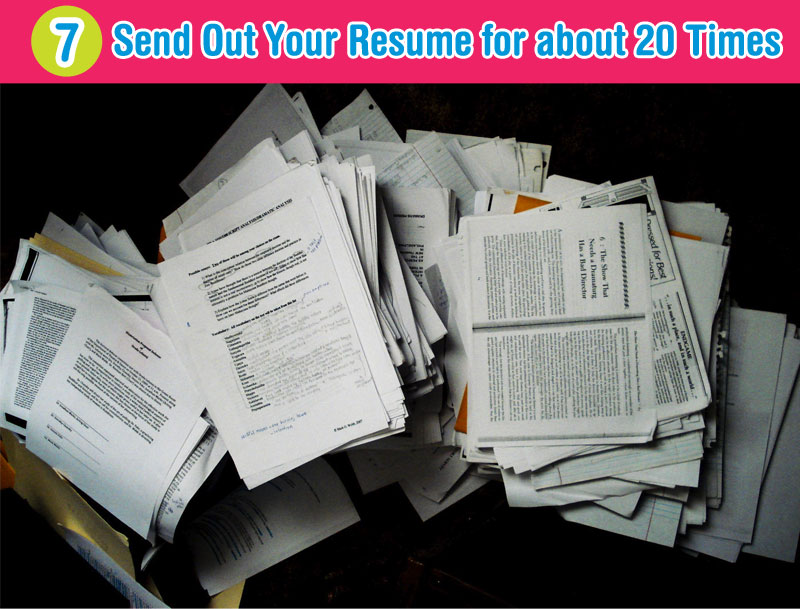 Via oradalelanuja.wordpress.com
It's reasonable to assume that a well-written but concise resume will go for around 1.5MB, and sending that online has never been easier through JobStreet. If you've been looking for a job, any job, you now have the ability to apply for 20 different jobs in a given day for free. You have no excuse.

This man will take you to the promised land!

Via ign.com
So it takes only around 150KB to 200KB per inquiry you make on EasyTaxi, as it draws up a map for you and notifies potential cabs that you are in need of a ride. Navigation would probably go at around 150KB a minute, but remember: your cab driver is probably using a navigation app, too. Besides, do you really have 200 places to go to in a single day? You've been to Georgia, to California, to Nice, and the Isle of Greece, maybe even to paradise, but have you ever been to you?
But then, you can always also use Waze, because who doesn't like receiving navigational instructions from Terry Crews?

Via edu.blogs.com
Nowadays, before going to a library, your first resource of note would be Google. Well, asking Google a question, any question, would be 50KB in one go. Now, unless you're one of those two-year olds who keep asking “why?” after every answer you get, then there is no way you have even close to 600 questions to ask in a single day. It really helps that most things we ask of Google automatically comes with either a link to Wikipedia, or even an excerpt from the Wikipedia article itself without having to go to the page yourself.

4. Upload 20 Photos on Instagram or Listen to 15 minutes’ worth of music.

Via thongtincongnghe.com
Let’s say that an average Instagram post is around 1.5MB worth of data. That’s equal to 20 Instagram posts a day. 20! A day!
Lastly, you can stream your music on Spinnr at approximately 1MB per song, and since a song is around 4 minutes, normally, that means you will be able to enjoy two hours of streaming music on a daily basis. For free. 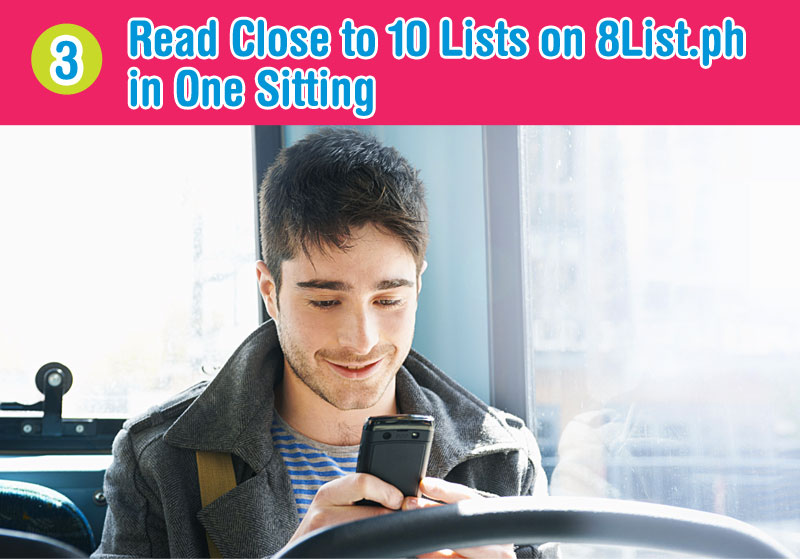 Via huffingtonpost.com
30MB will actually allow you to load about 50 web pages—that’s more than enough news reports, celebrity chismis and jokes to fill your day. 8list.com.ph consumes a little more data because the site loads plenty of photos, videos and/or gifs with each list which, on the average, is worth a total of 3.75MB. That’s still more than enough time for you to get to know the site pretty well.

2. Nearly 47 Computers that Sent Neil Armstrong and Friends to the Moon 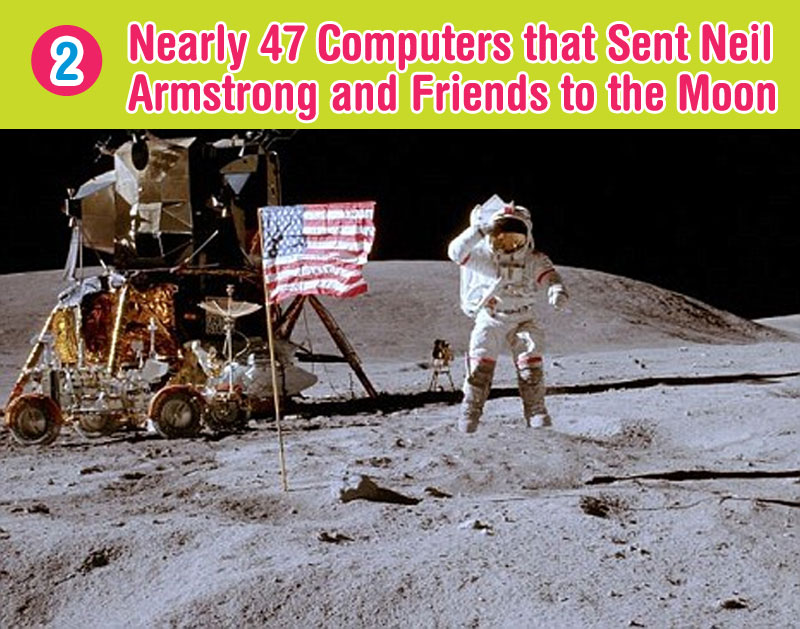 Via metro.co.uk
While you can't literally send people to the moon via your free 30MB data, it sure puts things into perspective to realize that the computer that did just that in 1969 for NASA had a whopping 64KB of memory. If 64KB of data was enough to send a bunch of people to the moon, then 47 times that much data should be more than enough for our daily needs. 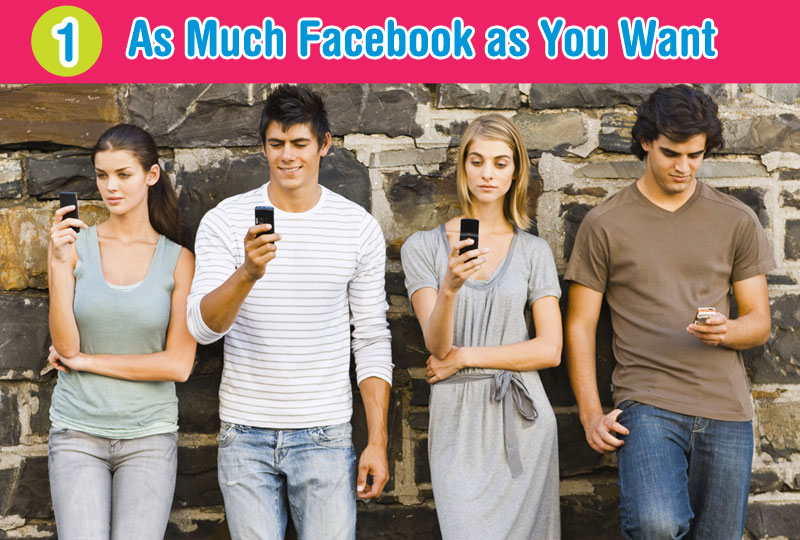 Via urbanlandmedia.com
Okay, so we're sorta cheating, because when SMART said you can have 30MB of free internet daily, they also decided that you could access Facebook for an unlimited amount of time. So it doesn't matter how much data you use, as long as it's Facebook. And given how most posts are probably under 10KB of data to begin with, we don't even think it was physically possible to use up all that data on Facebook alone, either.


SMART offers FREE 30MB of internet daily for ALL SMART, SUN, and Talk and Text prepaid subscribers, as well as free UNLIMITED access to Facebook. If you're one of the many people who have a smartphone but rarely bothers to use your data, you would be surprised just how much you can do with 30MB of free internet each day. Try it by texting FREE to 9999, and you can go ahead and like, post, surf, and stream! Please visit this site for more information.