Like it or not, you can’t argue with success. In spite of the typhoons, Star Cinema’s She’s Dating The Gangster raked in an artery-popping P100 million box-office gross in five days.
And with this and the official year-end box-office reports in 2013, I can only say that Star Cinema movies are what define the sensibility of the Filipino moviegoer. Sure, there are Filipinos who balk at the films the studio produces and champion Cannes-winning indie films. And there are Filipinos who only watch Hollywood films. But these people are the exception more than rule. Numbers do not lie, and the numbers are staggering.
Star Cinema is the end-all and be-all of Philippine cinema. And why not? The smartest marketing men ABS-CBN could afford have studied what makes the Filipino brain tick and they’ve had it all down to a science.
It’s clearly not brainwashing. Ultimately, it’s audience demand that says what kind of movies get produced. She’s The Dating The Gangster is the type of movie that the Filipino brain gobbles up. (And you can’t blame Star Cinema for churning out one romantic comedy after another, after they’ve had lukewarm success with edgier fare such as On The Job.)
So to all filmmakers and film producers out there, stop fighting against the tide. Rather, embrace what the audience really wants. Let’s all learn from the 8 smart things Star Cinema have done all these years and keep the Filipino audience smiling in their seats… 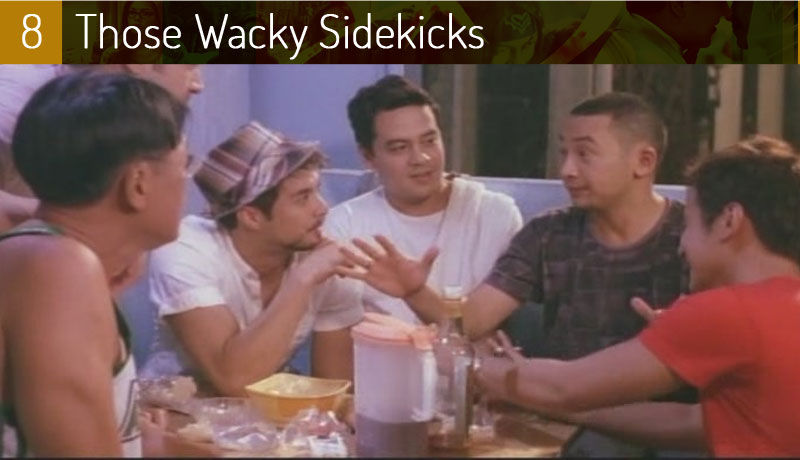 Haven’t you heard? The teen comedy is dead and gone. But just so we can have souvenirs from that bygone era, give your protagonists the quirkiest of barkadas. Give those cads and babaeng-bakla’s the zippiest one-liners too, because the male lead can’t be too funny since he’s the handsome one.
Gold stars if you could cast the ever-dependable sidekicks Ketchup Eusebio and Joros Gamboa. 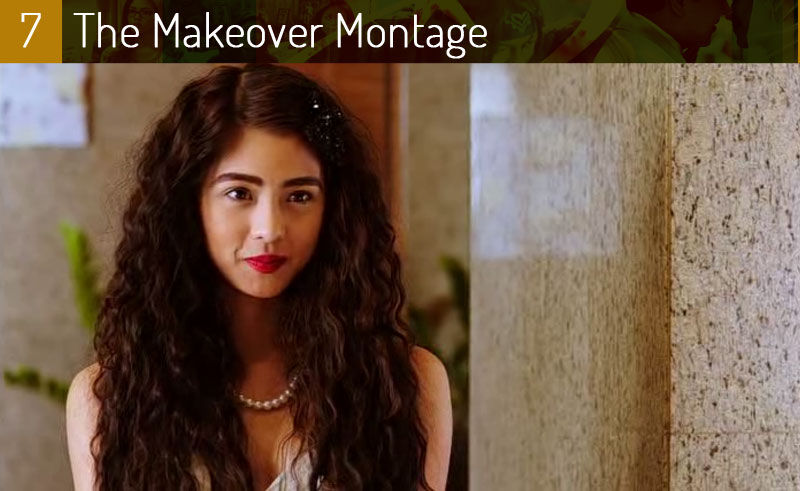 It’s a trick as old as time, by way of Pygmalion. Or in the great book of Plot Formulas, it’s a trick ready-made for The Pretend Girlfriend Plot. It’s simple: To make his ex jealous, Character A will take ugly Character B as his pretend partner. But before that, A will go to great lengths to make the ugly duckling at least presentable.
Call in the soft-focus lenses and the most affordable song from the David Pomeranz back-catalog and you’ve got the beautiful swan coming out of the salon while the Professor gets all doe-eyed.

Kilig moments are the crack cocaine of Filipino moviegoers. We swallow this shit up like Pepe Smith to lines of white powder.
Go the route of the romantic comedy. Other genres like action and horror are box-office suicide. They’re expensive. Worse, people just wait for them to be hawked on DVD.
Filipinos go to the movies not to learn about indigenous cultures or to broaden their knowledge about the world. Movies are not for enrichment but for escape. They go to the movies to feel good, to get intoxicated by the idea of love, the idea of kilig, which we are all biologically wired to get high on.

5. An Emphasis On The Family 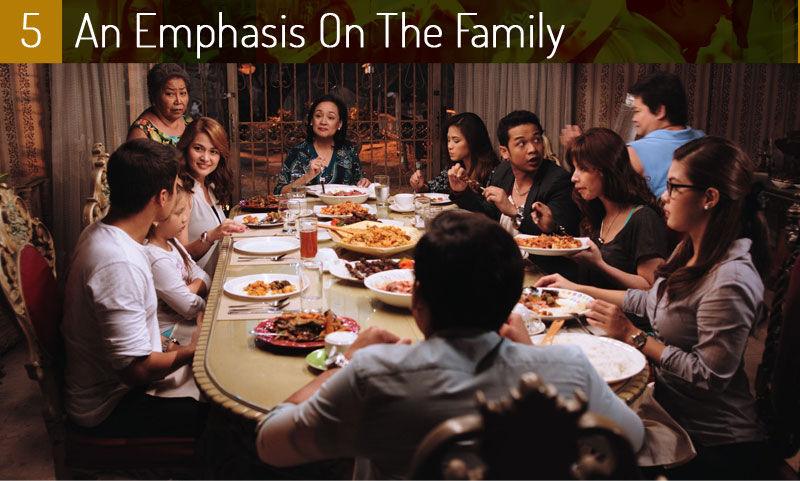 Make stories that champion the idea of the family. We are a society made up of people who want to get pregnant immediately and start making babies left and right so we could live in crowded, sweltering but happy houses just like they do in the sitcoms.
Single women who dedicate their lives to their careers are sad people. Family comes first before everything—career, country, and the planet, all these be damned.
Always remember: Filipinos love group hugs. Have your protagonist’s parents tell her ‘I love you, anak,’ every twenty minutes. That’s the Pinoy way. And there’s no other way but the Pinoy way.

Just to give everyone the mother of all kilig moments, make your movie end with a sequence that plays like a senti-version of MTV Punk’d.
Girl gets a panic-inducing phone call and goes to the meeting place. The place is full of flowers and balloons. Every sidekick, parent and cameo person help out with the entertainment. An entire marching band enters. Boy enters frame with title song.
Hearts explode. Bank accounts expand.

It’s a plot as old as Marvin and Jolina, but it always does the job, right? Same old mannequin, different clothes.
How does this one go again? Estranged childhood best friends go on a meet-cute when they’re adults and rekindle their dormant love. Enter the goody two-shoes Third Party and you’ll have enough dramatic conflict for two hours. 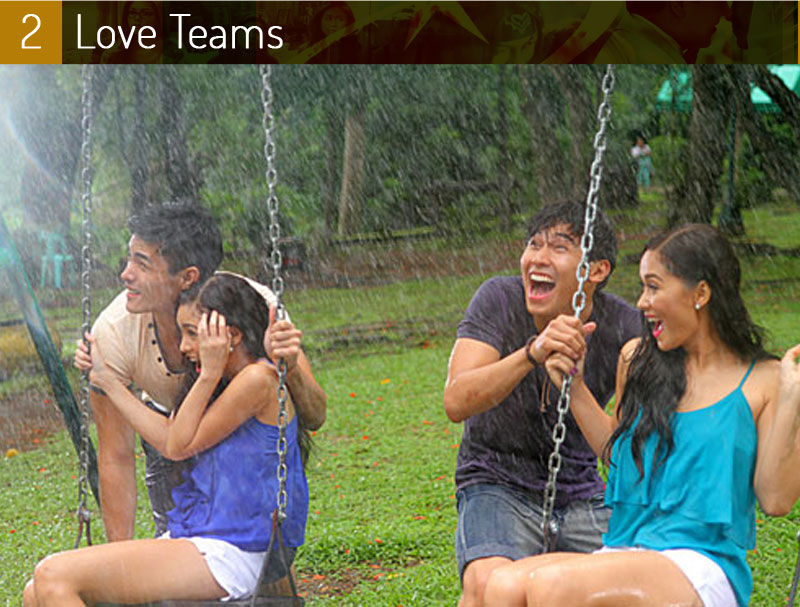 We Filipinos are suckers for a bargain. So why not have two beautiful people starring in your film for the price of one?
Love teams are franchises that will keep the money flowing. Think in terms of love teams. Always.

1. The Song Title / The Book Title 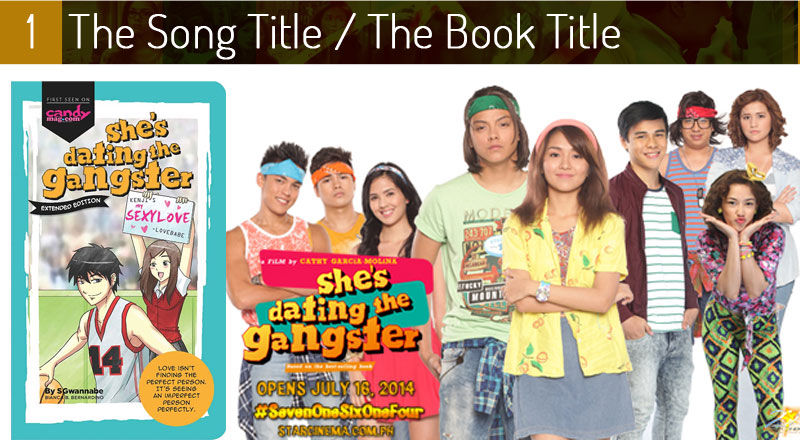 You don’t need a degree in Marketing to know that an intellectual property with a steady following is easier to market than one starting from scratch. So go to National Book Store today, read up on those Wattpad novels and get the author’s cellphone numbers. Or if not, call a record company and buy one of those songs they play in taxis. A fool-proof way to a blockbuster!