8 Reasons Why You Should Visit Rio de Janeiro 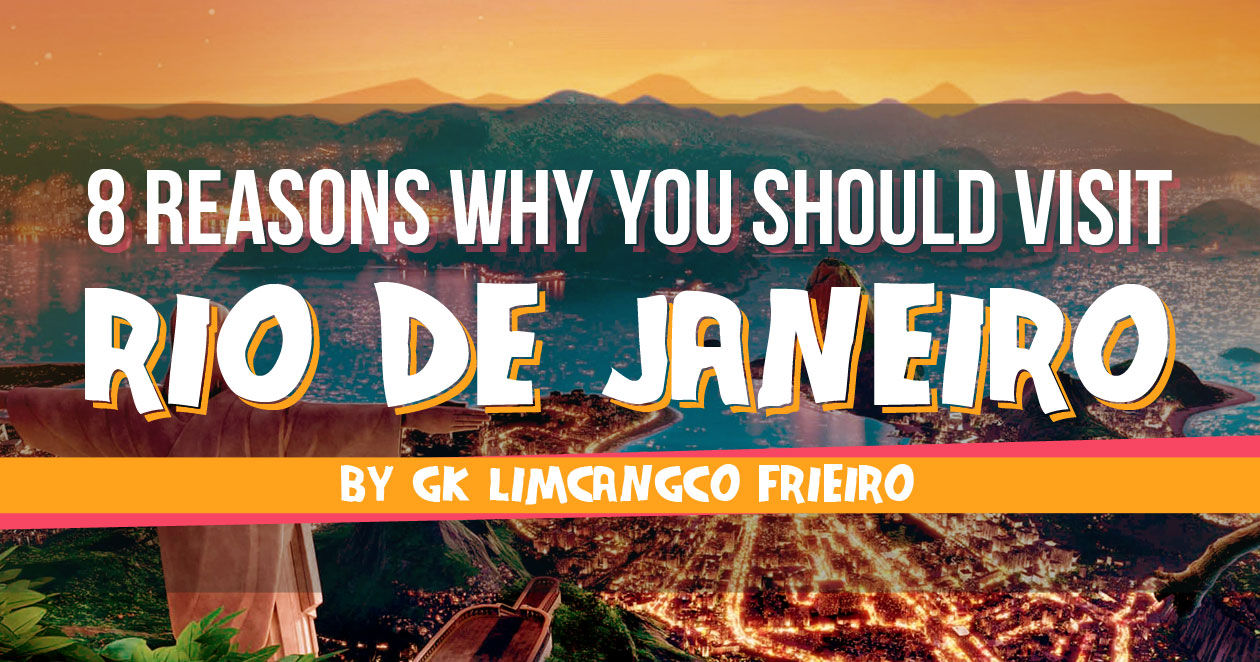 With the 2014 World Cup in June and 2016 Summer Olympics coming along, Brazil has been getting a lot of buzz. Rio de Janeiro—the country’s more popular tourist destination for its famed beaches and of course the largest art deco statue in the world, Christ the Redeemer—has been prepping up for these exciting times ahead.

If you’re planning to head down south for the games or to just simply experience Cidade Maravilhosa, try to steer away from the Gringo trail and experience it the Carioca way. Here are 8 must-dos in Rio that will make you feel like a Carioca. 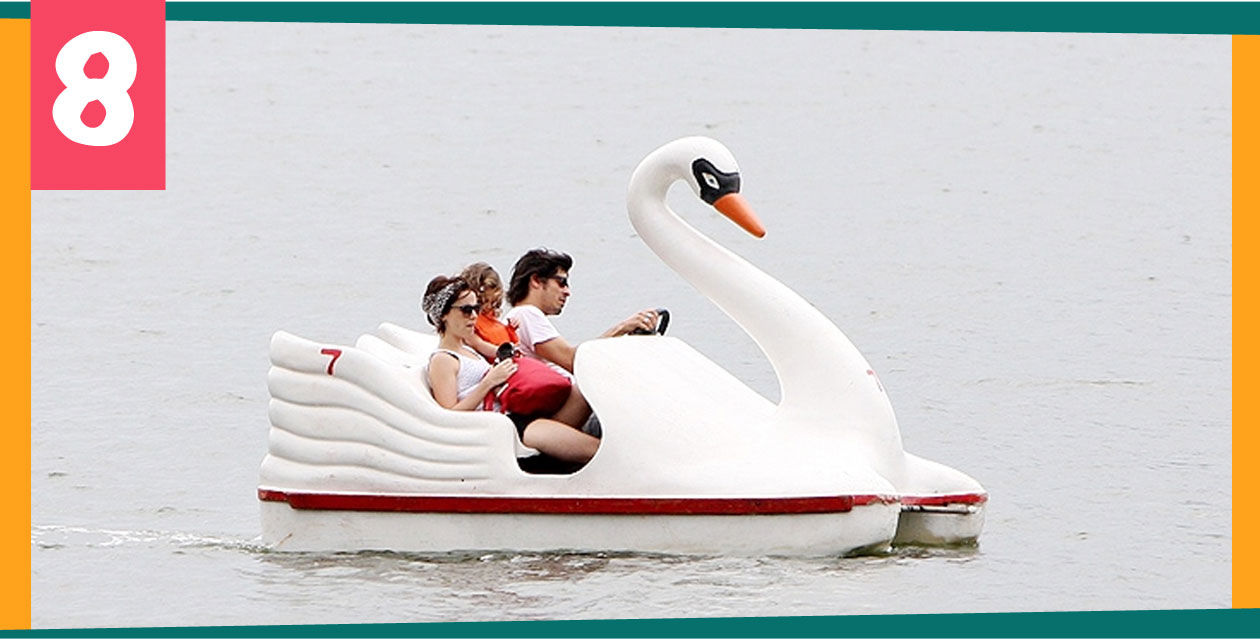 You can find an oasis lagoon called Lagoa Rodrigo de Freitas right smack in the center of the city of Rio. The area of the lagoon shows a different view of the hill Ipanema’s famous for, the Dois Irmaos. You can jog or walk around, dine in the surrounding restaurants or even take a pedalinho and explore the lagoon, just don’t jump in the water. Just keep in mind that Lagoa Rodrigo de Freitas is not known for its cleanliness. 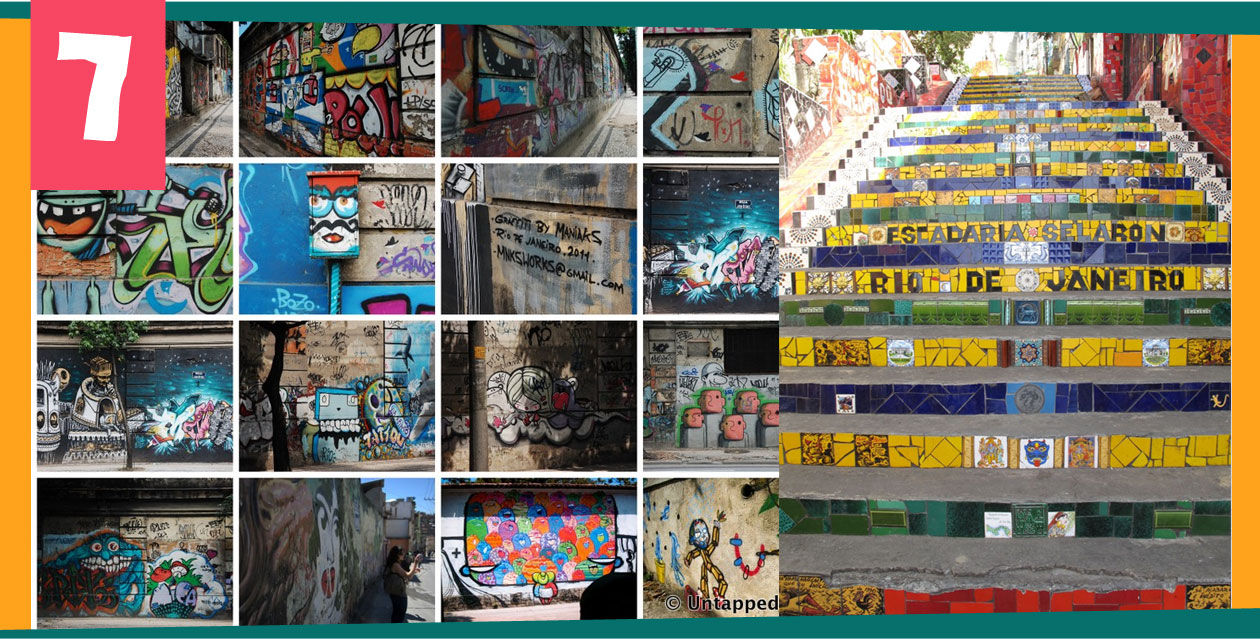 At the top of the famous Escadaria Seleron lies the bohemian neighborhood called Santa Teresa. Many artists who have set up shop here have added color and pizazz to this hilly community with murals and graffiti reflecting the bohemian lifestyle. Besides admiring the free outdoor art museum, you can also soak in the beautiful views of the Guanabara Bay and even the interesting sight of Rio’s favelas. 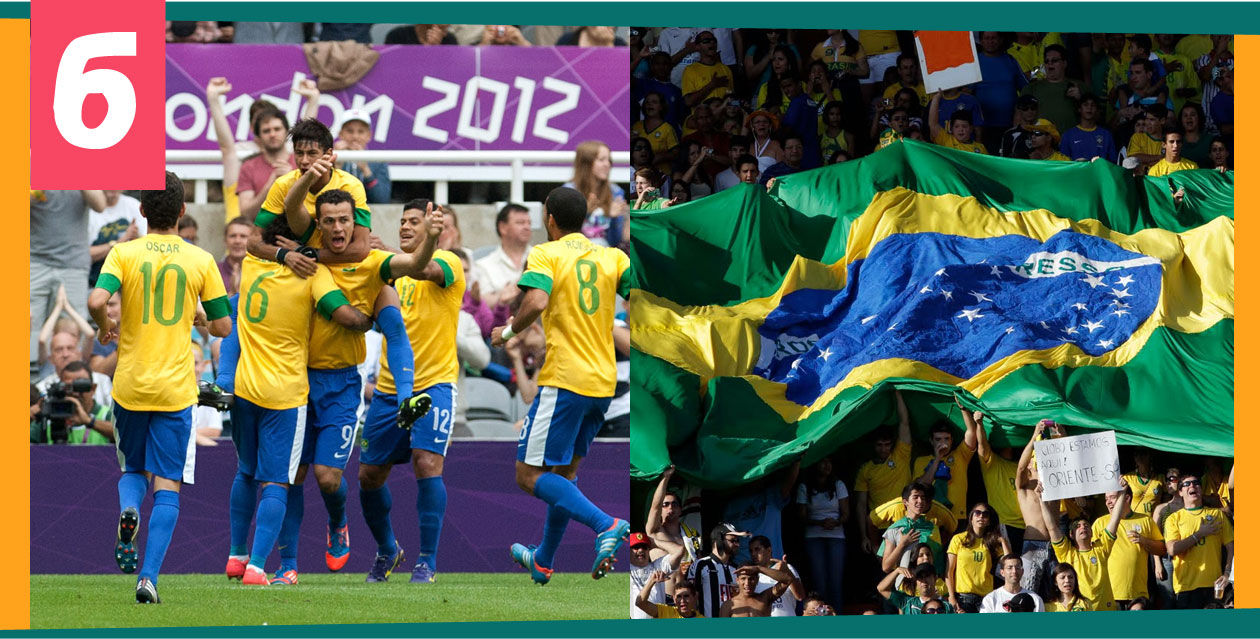 If you won't make it to the World Cup, a game of Brazilian futebol should be on your list. Futebol is the bread of the masses in Brazil, and true enough, the watching even just a single local game will immerse you in their culture and help you understand more what the people are all about. 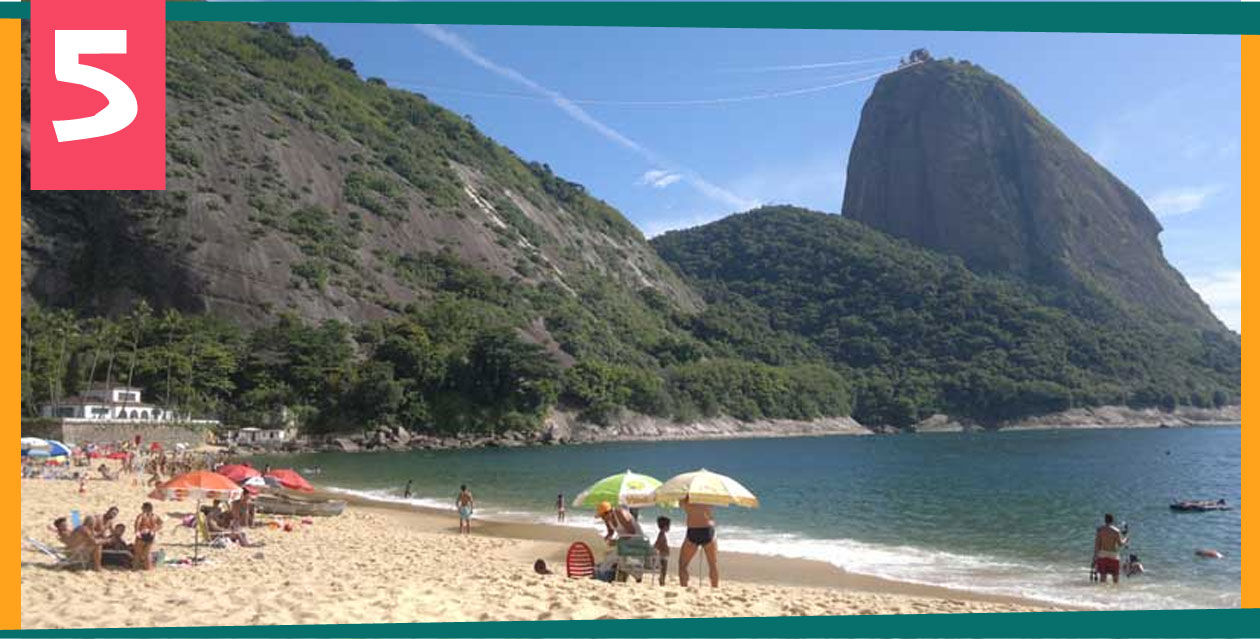 Forget Copacabana and Ipanema for a second. Praia Vermelha, the underrated, and in my opinion one of the most beautiful beaches in Rio, is always postcard-ready. This secluded beach offers the most stunning view of Pao de Acucar as it lies at the foot the mountain. Also named after its reddish shores. This cove of sandy perfection is a good go-to place for those much-needed solitary moments. We all know that a crowded beach can be annoying sometimes. 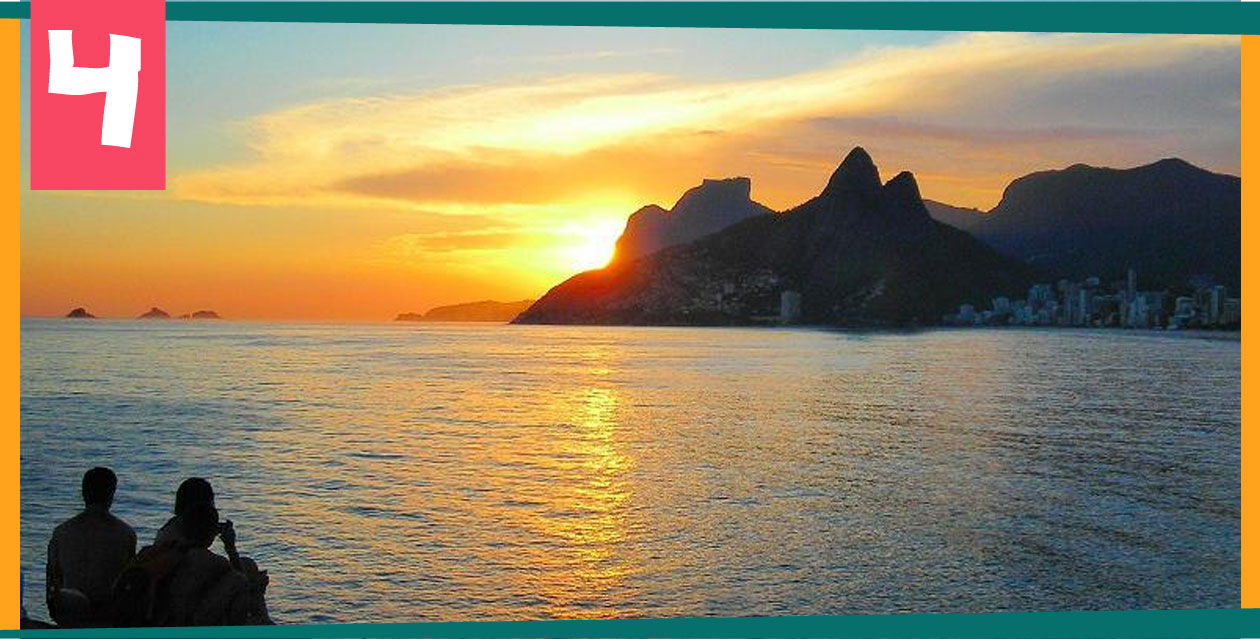 Arpoador is the rock that borders Copacobana and Ipanema. It's popular amongst the locals for sunset watching since it provides great views of both beaches. Also, sitting on Arpoador, you can look right at the Dois Irmaos, that gorgeous hill seen on Ipanema Beach. This unique Ipanema landmark is already a sight to behold, add a glowing setting sun and splashes of twilight colors and you get a bucket list-worthy marvel.

Salgados at a boteco 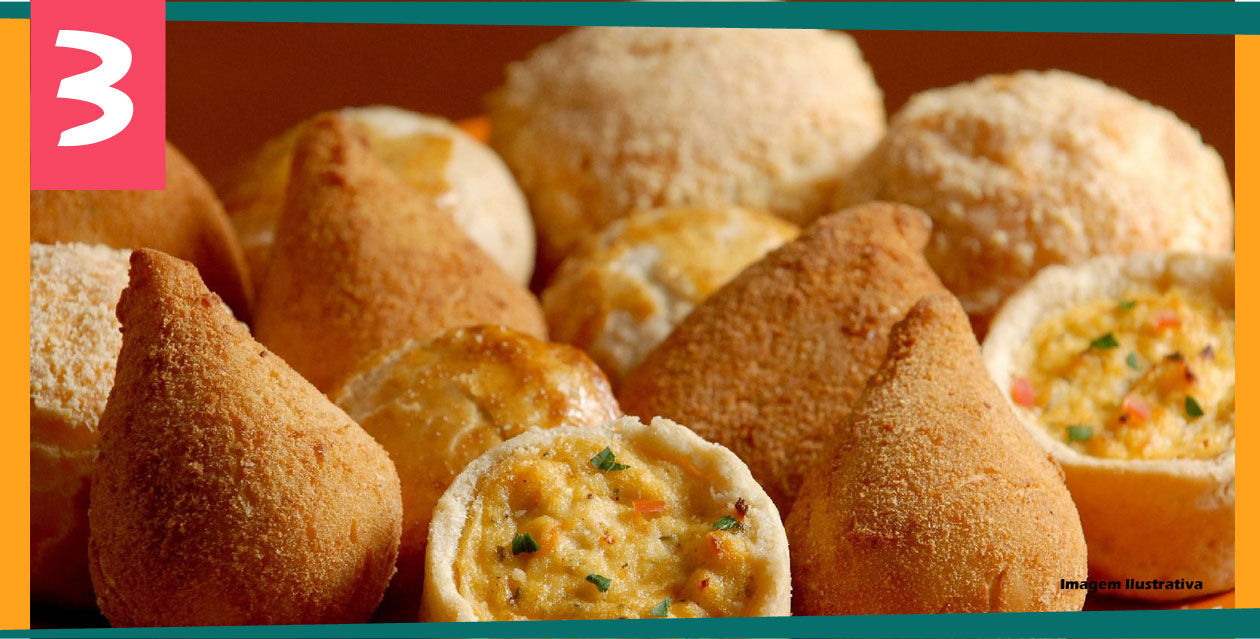 Brazil’s fast food staple called the salgado is found in every street corner in the city. Coxinha, pastel, joelho, all of these interesting Brazilian snacks can easily tempt you with all their savory goodness but if you want to taste good quality salgados, take a seat in one of the botecos and sink your teeth in of these tasty treats. For that ultimate boteco experience, order some ice cold chopp to wash those salgados down.

The festa in the streets of Lapa at night 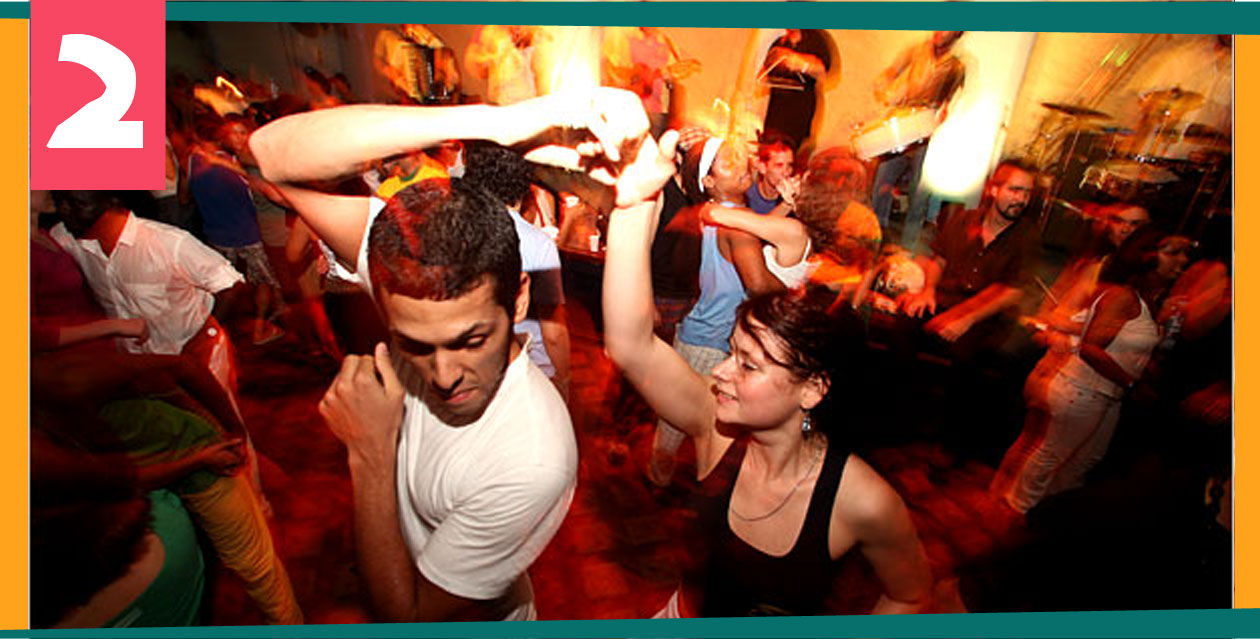 Known for its white aqueducts, Lapa, Rio’s entertainment district becomes a partygoer’s playground at night and we’re not just talking about crowded bars. Lapa’s streets closes its figurative gates to vehicles at night so people can walk around the streets and dance to music played by buskers, while drinking beer and cachaca/caipirinha/caipifruta from street vendors. It’s a spontaneous outdoor festa done well and it’s crazy fun that will not make your wallet weep.

The architecture in Centro 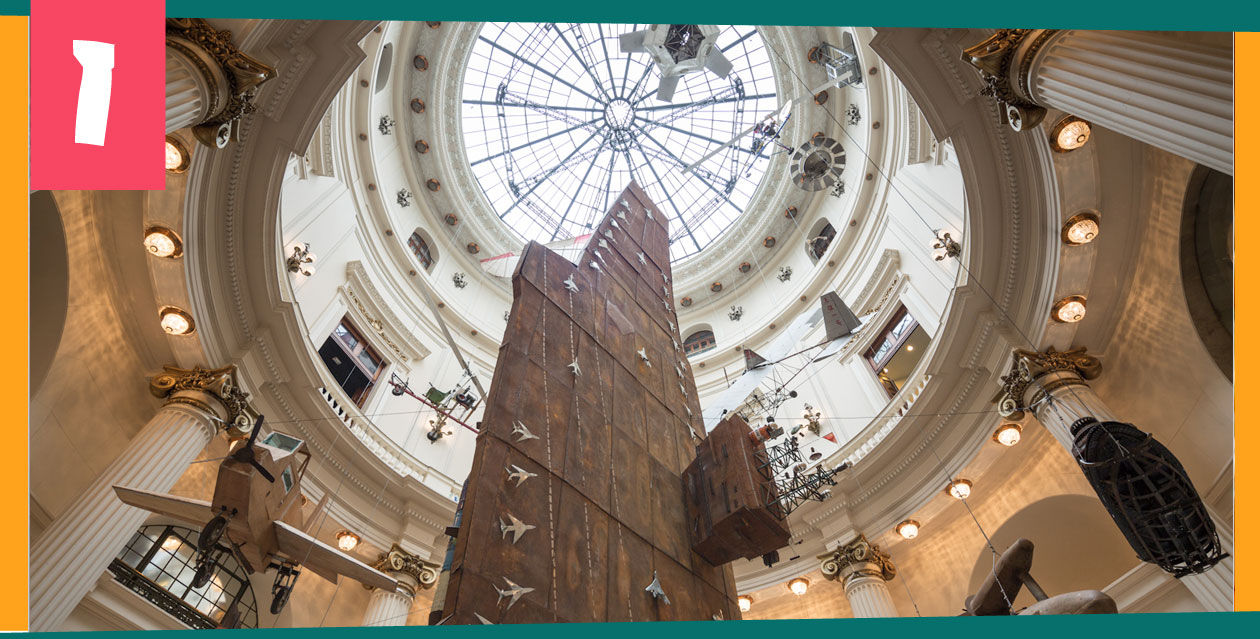 Rio de Janeiro doesn’t just offer natural beauty with its bounty of beaches, forests and mountains. Once the capital of the Imperial Brazil, Rio’s brightly colored colonial buildings populate the downtown core and tell the story of the city’s extravagant past. Step inside Rio’s remarkable national library or the elegant Municipal Theater and you’ll know what I’m talking about.

Have you been to Rio? Talk about your trip in the Comments Section.