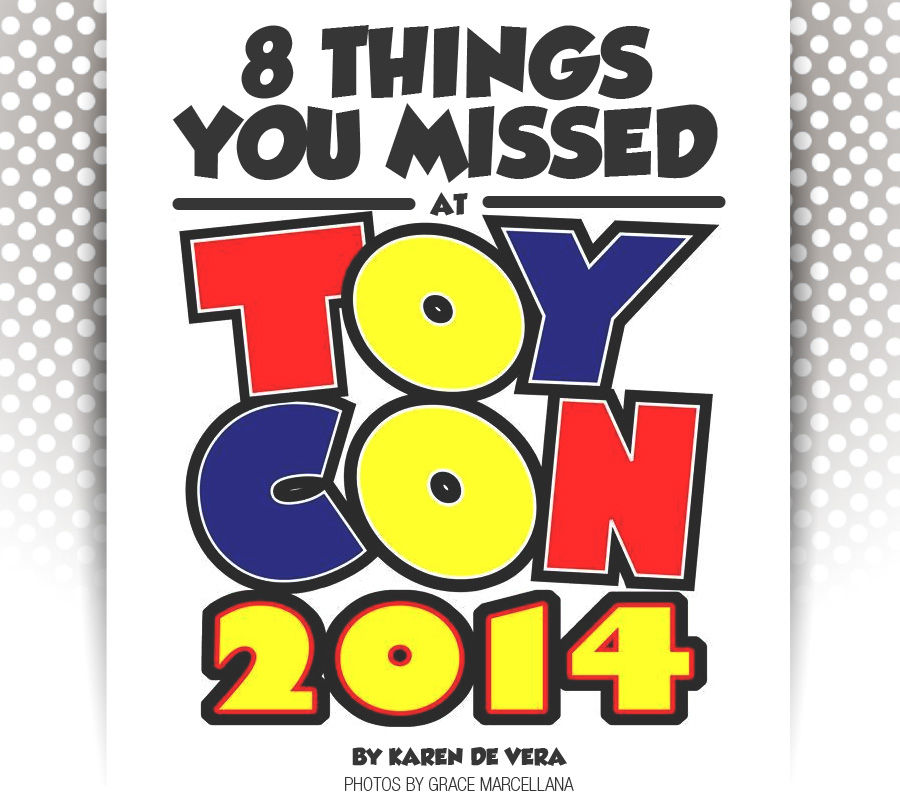 This past weekend the 13th Philippine Toys, Hobbies, and Collectibles Convention (or more commonly known as ToyCon) was held at the SM Megatrade Hall. If you missed it, then too bad! We’re here to make you feel even worse by giving you a serious case of FOMO as we list down the awesome and strange things that went down at ToyCon. 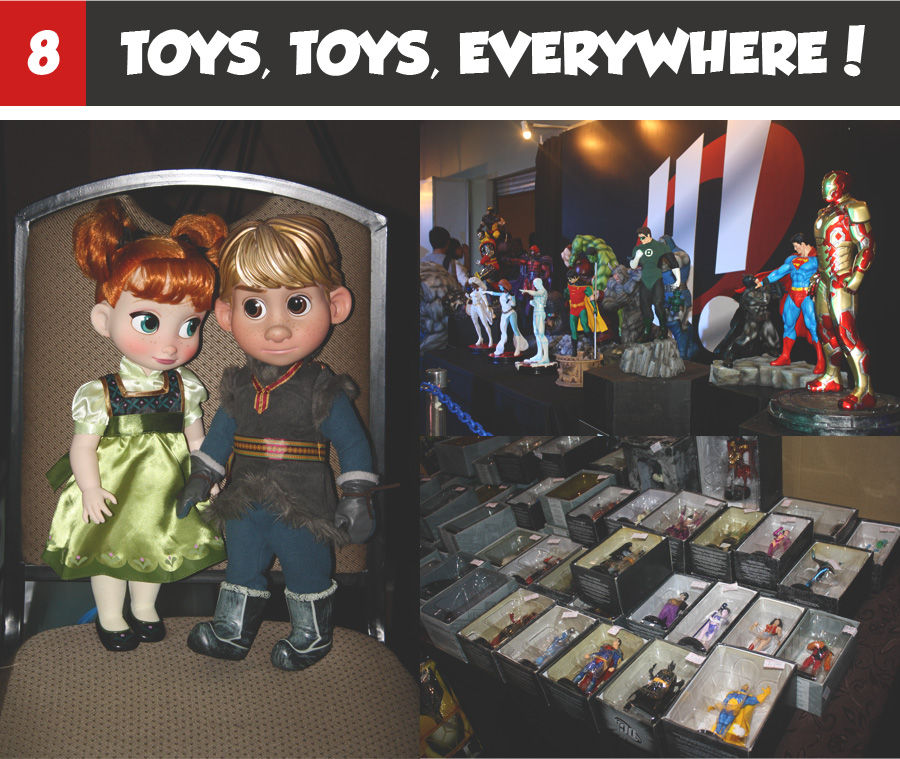 Attendees were overwhelmed by the sheer number of toy figures, board games, and other geeky merch being sold at ToyCon. And the adjoining room also featured an expansive exhibit featuring toy fig displays from fandoms like “Final Fantasy,” “Attack On Titan,” “Frozen,” and even the Gilas basketball team!

7 Pushing Through The Crowd 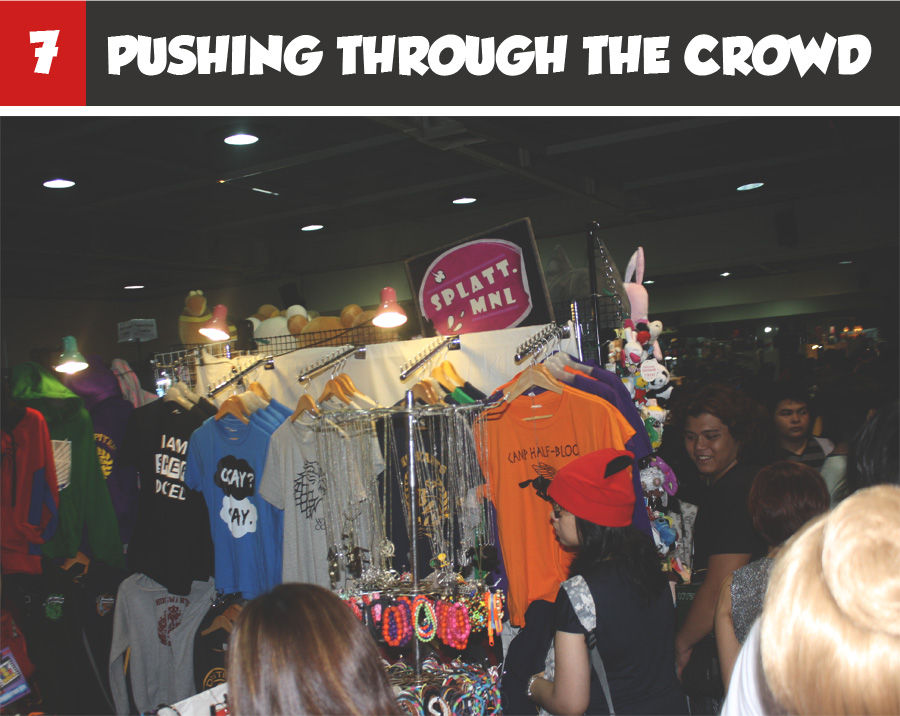 Ahhh yes, because nothing says “relaxing weekend” quite like trudging through a sweaty crowd of shoppers and cosplayers. The mob even reached MRT levels of sardine-packed density during the afternoon. You were so close to each other that it seemed almost intimate—like you felt the need to buy them dinner and get to know them better before things got too far. But seriously, it’s well worth suffering through the vicious crowd ’cause of all the top-notch merch. 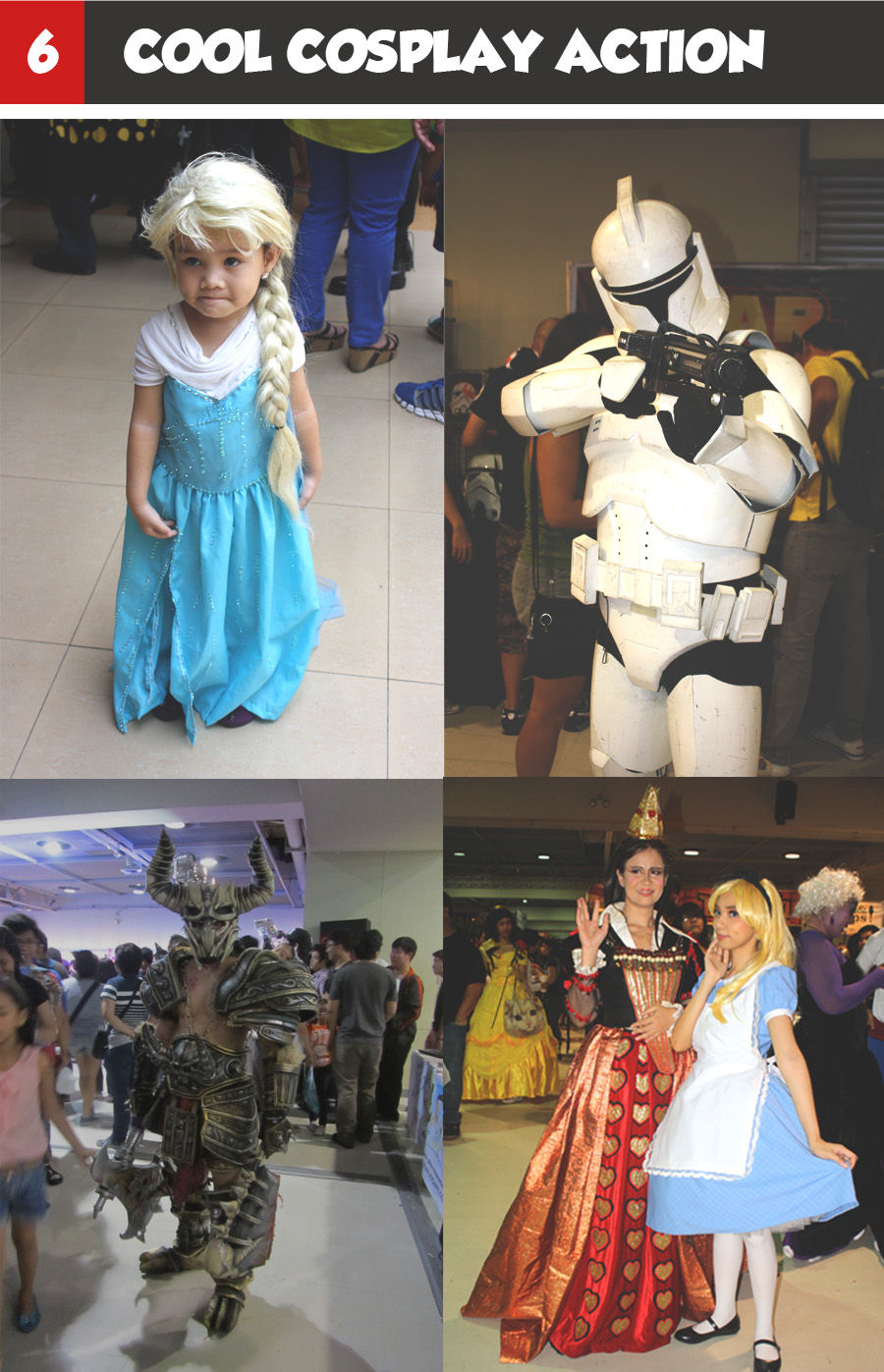 The variety of cosplays this year was pretty impressive and on point! We spotted King Joffrey, Boy Bakal, the Winter Soldier, the Power Rangers, Guardians of the Galaxy characters, Disney characters, and the Bat family to name a few. And there were even two Yoshimitsu cosplayers duking it out in an intellectual display of existentialism. Because after all, isn’t thy greatest enemy thyself? 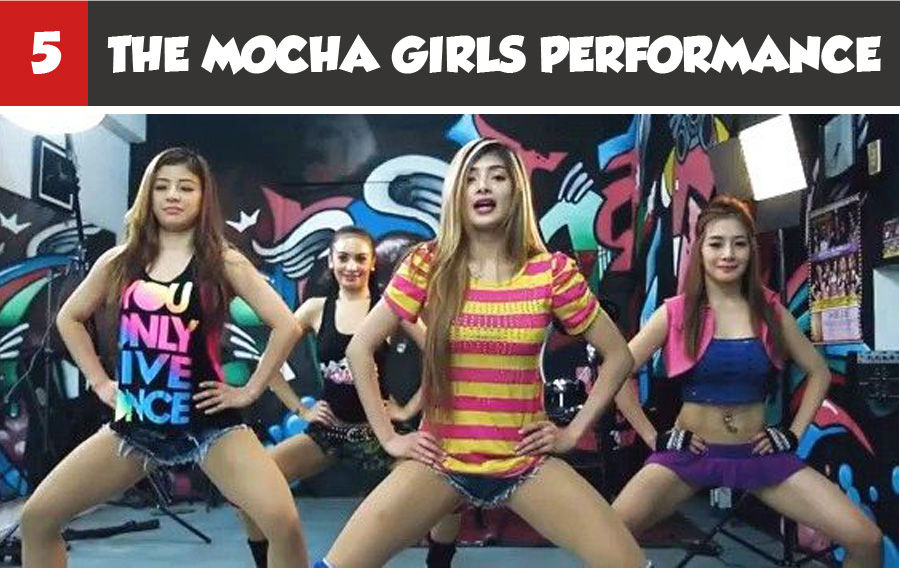 Via orangemagazinetv.com
As always, there were some rockin’ bands that performed at ToyCon. Some musicians even gave a nerdy shout out to the audience by singing beloved anime and tokusatsu theme songs (Hello, Kamen Rider). But what stood out the most among the lineup was the main act of Day 1: The Mocha Girls. Just what a family-friendly convention needs, right? A group of sexy performers gyrating onstage! Way to be subtle about pandering to your male audience, guys! 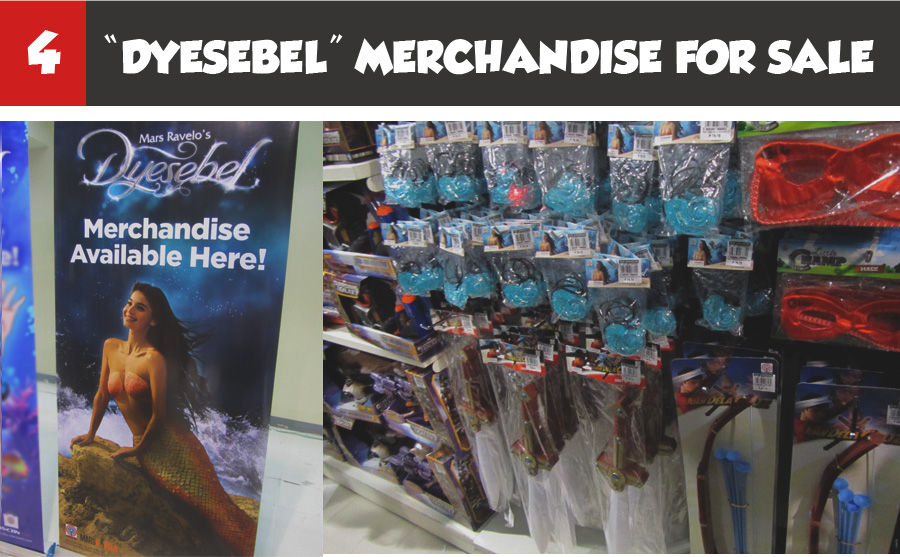 Yes, it exists! No, there is no God. We’d also like to know what the hell they were smoking when they thought this up. (And can we have some?) Coming soon: A Dyesebel doll, which sings ear-grating tracks straight off the Annebisyosa album. 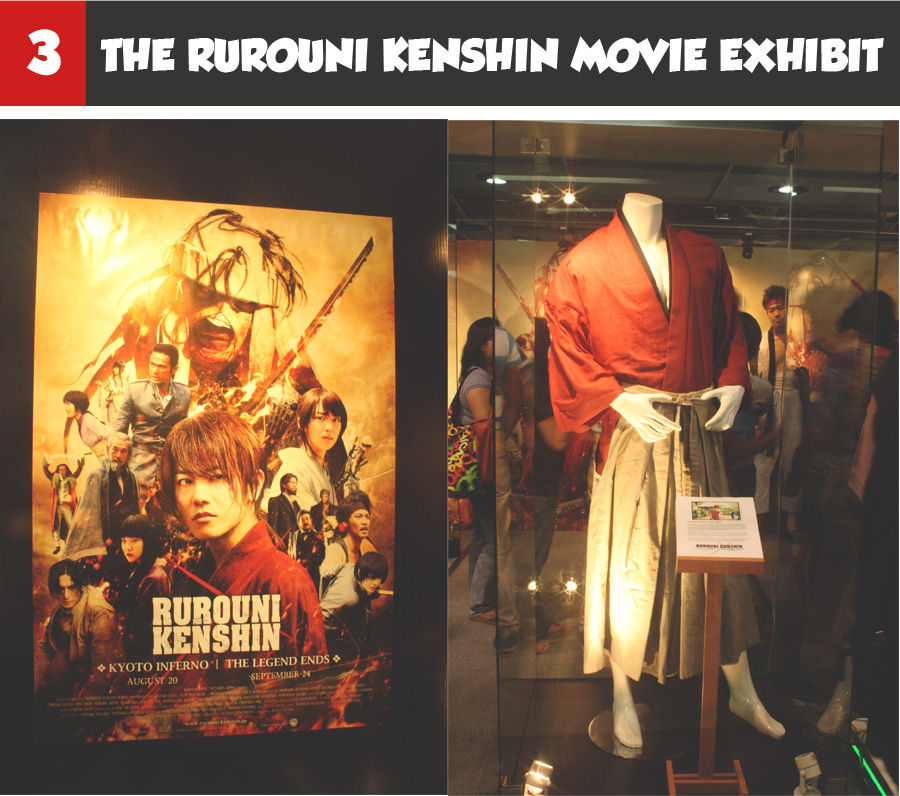 There was a spacious booth dedicated to the RK movie. It displayed the original costumes of Kenshin, Aoshi, and Sanosuke that were used during filming. Plus, you were able to view photos taken on the set. And did we mention the spot-on badass cosplays of Kenshin, Aoshi, Sanosuke, and Megumi? 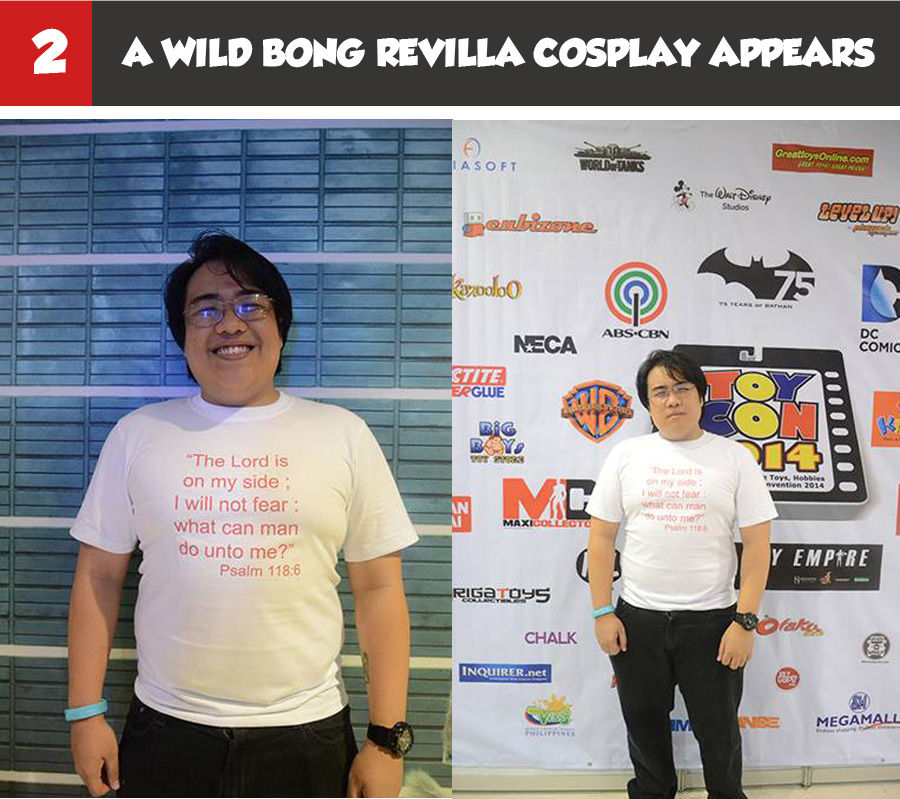 Via BJ David
It goes to show that you don’t need fancy props or elaborate costumes to make an impact at a con. Just become a walking punch line for a timely joke and you’ll go viral. 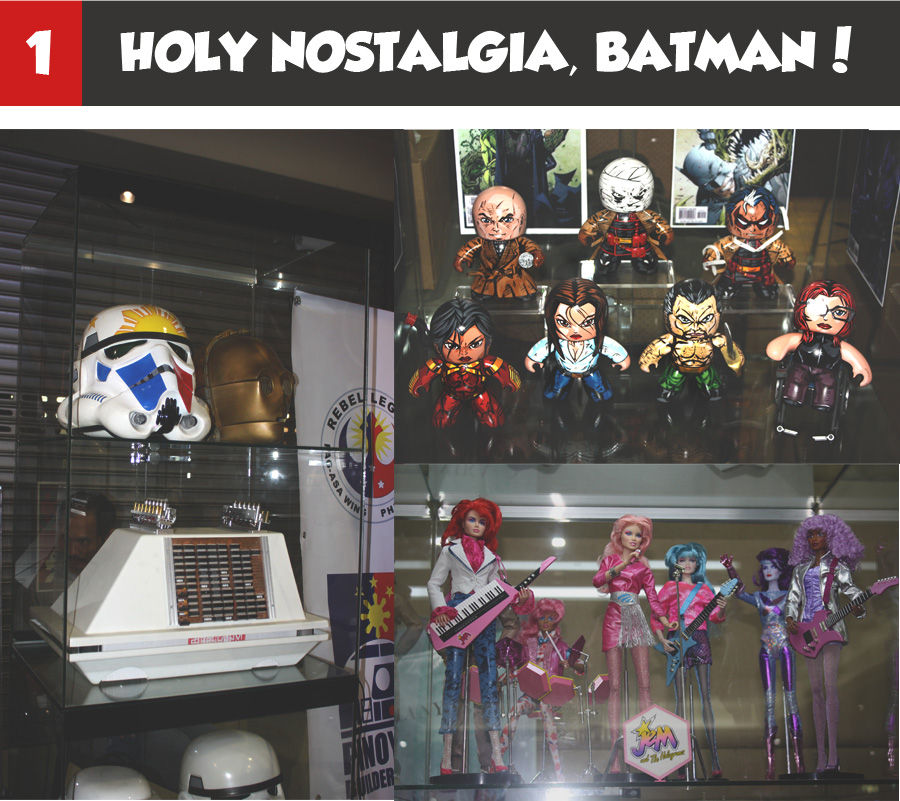 Zoids? G.I. Joe? Jem And The Holograms? Present! Toys from our old school cartoon shows remind us of the glory days of our snot-nosed bratty youth. This month also marks the 75th anniversary of Batman and with that comes a display full of bat paraphernalia. (Sadly, no Bat credit card.)


Were you at this year's ToyCon? Share your photos and stories in the Comments Section.