TripAdvisor is a pretty awesome site to help any budding traveller figure out what the good stops are in any given place. After all, you get the honest opinions of people who have been there, and what they have to say about the place in question. It’s perfect for even the average Pinoy who might want to show some Balikbayan friends around Metro Manila.

Sometimes, though, they get a little too honest. Like when they talk about… 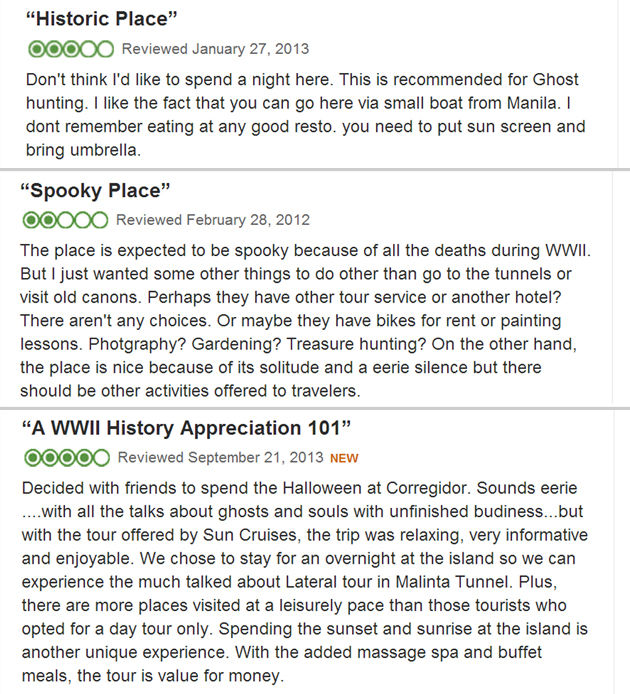 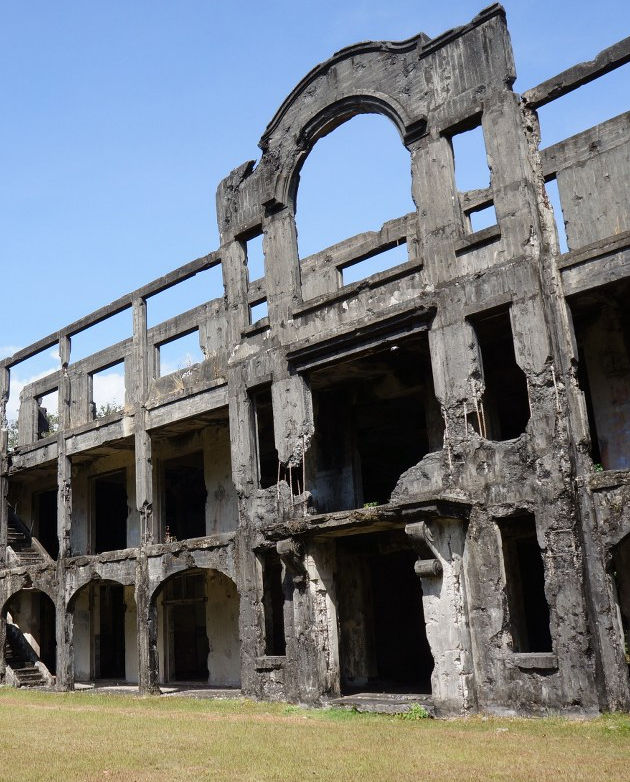 
Ghost hunting, you say? Well, if these reviews are to be believed, then the perfect place in Metro Manila to go to for that isn’t Balete Drive, but Corregidor. All that World War II history must have really influenced the spirits to flock to the area, and it’s a fairly affordable trip to make, to boot.

Cons: You don’t see the ghosts because the tour guides are too accurate for them to bother correcting.


Yes, you really should. After all those years of “Piso Para Sa Pasig,” the river still looks like Satan’s wet garbage bin. The hilarious Freudian slip from this reviewer speaks volumes about this Metro Manila “attraction.”

Pros: A hit song, “Anak Ng Pasig,” was written by Smokey Mountain, inspired by the river.

Cons: We can’t punish corrupt officials by dunking them into the river. Yet. 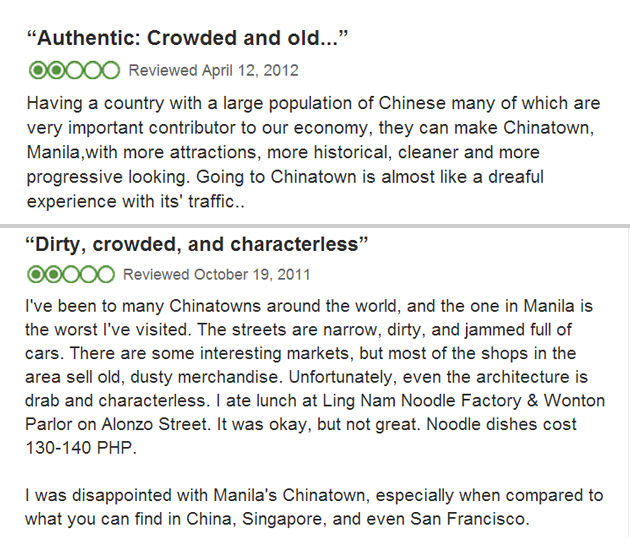 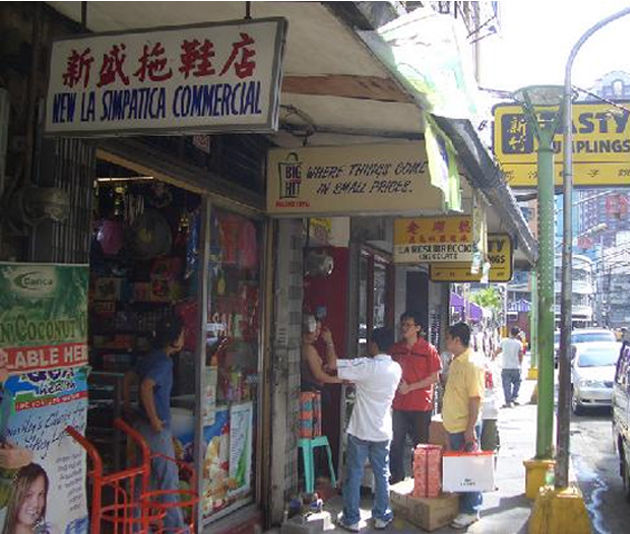 
The site of one of my favorite food tours, Binondo, is apparently chided as being “too crowded.” That’s a valid opinion, but what were you expecting from a place named after the first country in the world to reach a billion citizens?

Cons: Not enough Kung-Fu fights inside their teahouses. 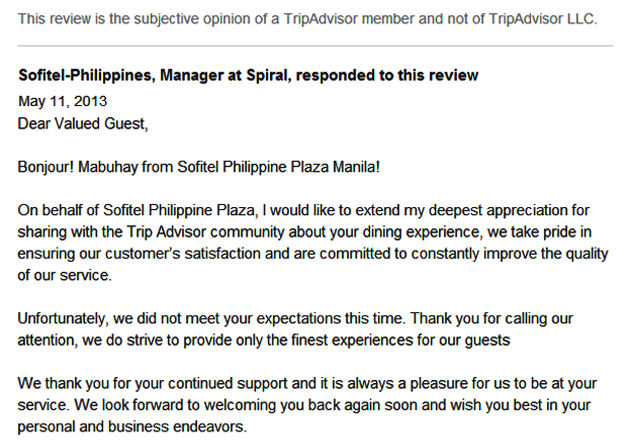 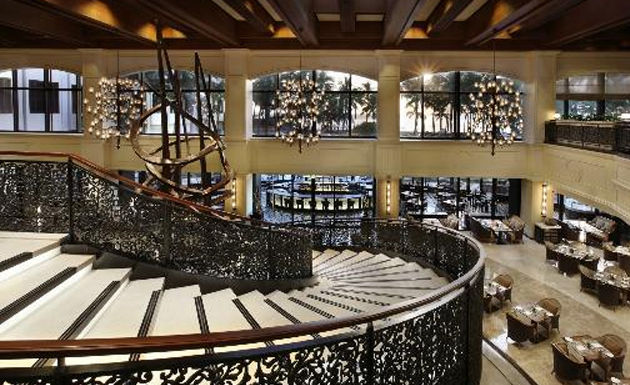 Thank you for taking out the time to respond to our reviews! Unfortunately, we can’t help but notice that your responses are damned near identical to each other, which makes your approach seem even more impersonal than it already was.

We love your foie gras, though, and wished you served it during lunch, too.


There you have it: the white people have spoken. Mall Of Asia? Try Mall Of America, apparently.

Cons: When they said “scents of Manila,” it’s unfortunate that it meant a whole lot of Manila Bay. Kaf.


What is it with these reviewers who go to these clubs for the food? You know you’re too old for clubbing when that’s your objective.

Cons: If you get arrested for illegal drugs, that’s on you. Surely, the management does not tolerate these shenanigans. 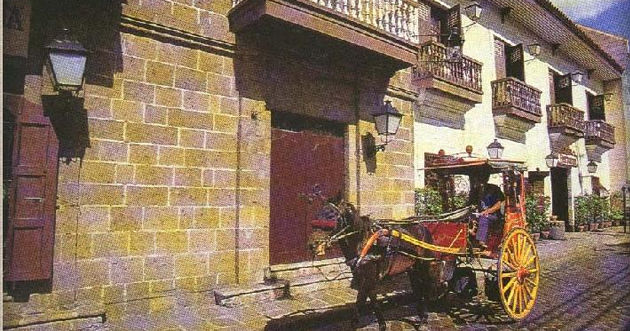 
You will see a ton of comments complaining about how dilapidated the walled city is, and how ancient it is. Err… were they supposed to modernize it?

Pros: It’s an amazing walking tour with Carlos Celdran, once his legal drama is settled!

Cons: Are you psychic enough to avoid golf balls flying in your face at random intervals? 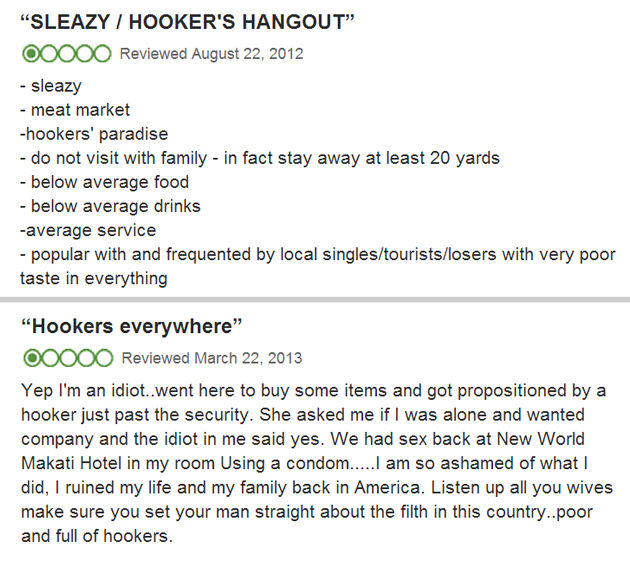 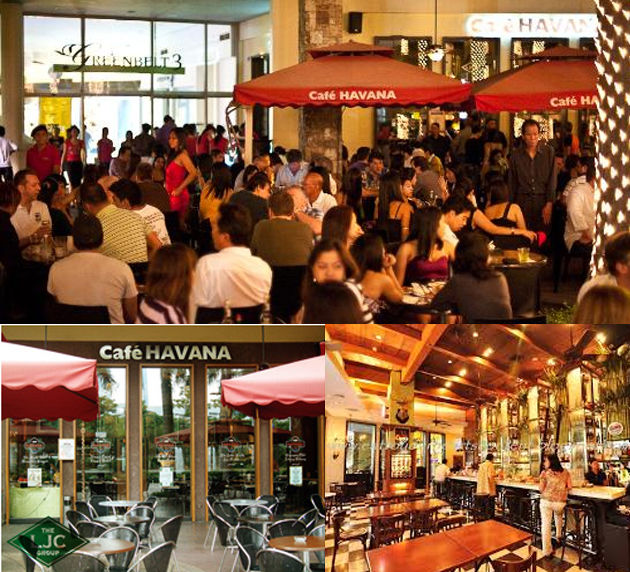 
What do the 5-point and 1-point reviews of this place have in common? That’s right: the, err… “companions” you can hire for a night. One of the reviews even hilariously blamed the attractions for ruining his life, instead of his, y’know, lack of self-control.

Pros: Their food is genuinely good. Stay inside, don’t dine al fresco if you’re not interested in…

Cons: How much it burns when you pee the next day.