The Top 8 Moments Of The UAAP First Round 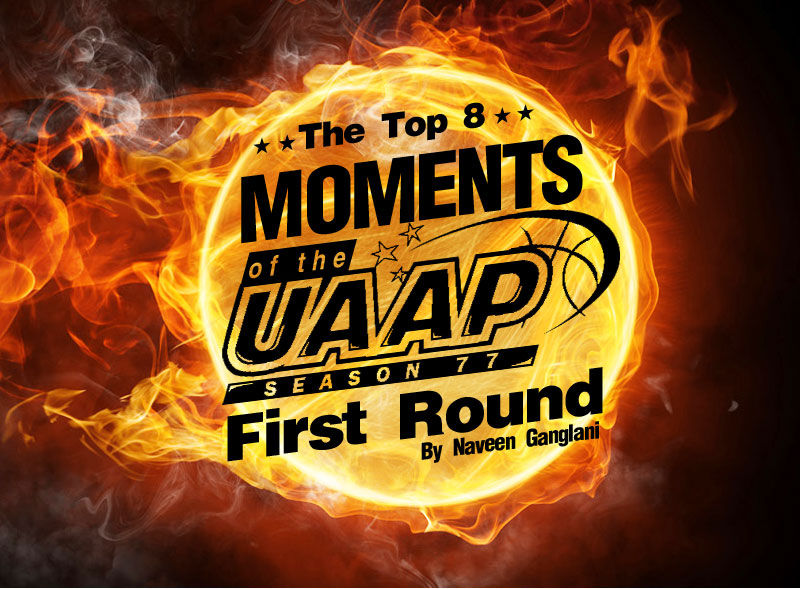 With the first round of the UAAP’s 77th season finished, let’s take a look back at some of the most memorable moments during the first few weeks of the most exciting collegiate basketball tournament in the country.

8. Scream your lungs out 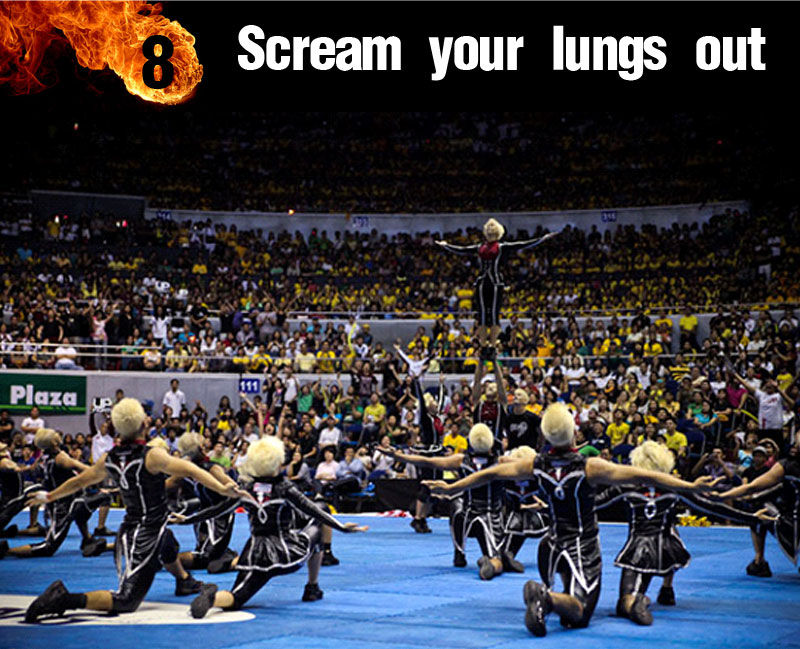 There’s nothing like going to The Big Dome or the MOA Arena and screaming your lungs out for your school. Whether you’re an alumnus, student, hopeful high school senior, or simply just a fan, the feeling of watching your favorite squad come out on top, getting to sing the university’s hymn and celebrating with your friends is unbeatable. 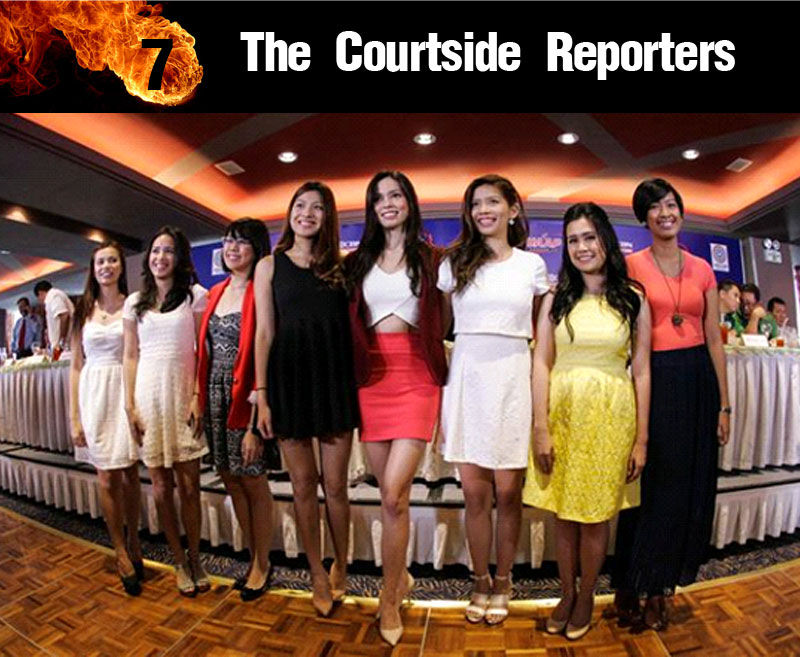 This is constant every year, but this season’s courtside reporters have been really good. The basketball contests are already fun enough, though it doesn’t hurt to see some eye-catching talents go on air and talk for a few seconds.

6. Rookies? Who you calling rookies? 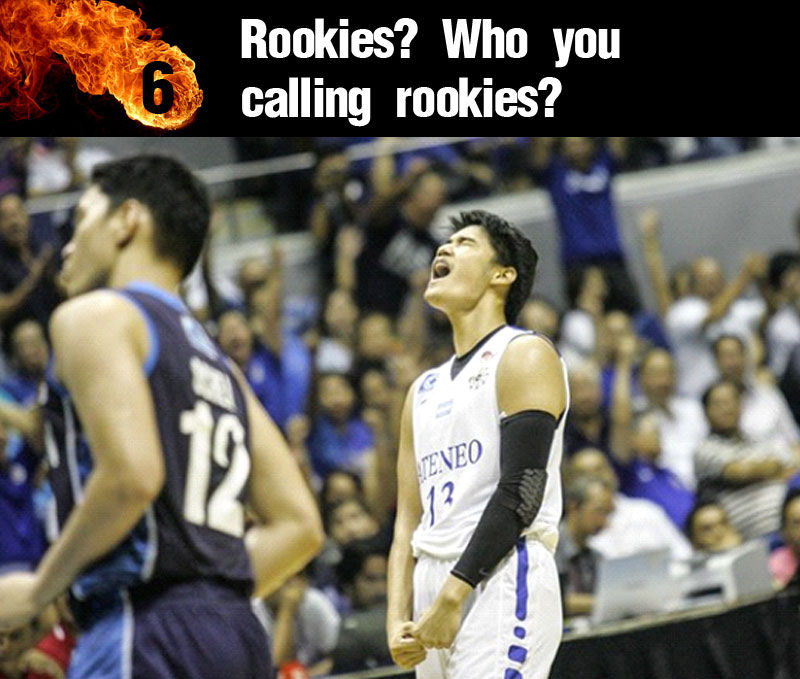 Arvin Tolentino. Prince Rivero. Rev Diputado. Ivan Villanueva. These are just some of the rookies playing incredible so far in UAAP Season 77, showing that the future of the UAAP is in bright hands. Right now, Tolentino is leading the race for rookie of the year, but don’t be surprised if the others catch up.

5. Look at those Tamaraws go! 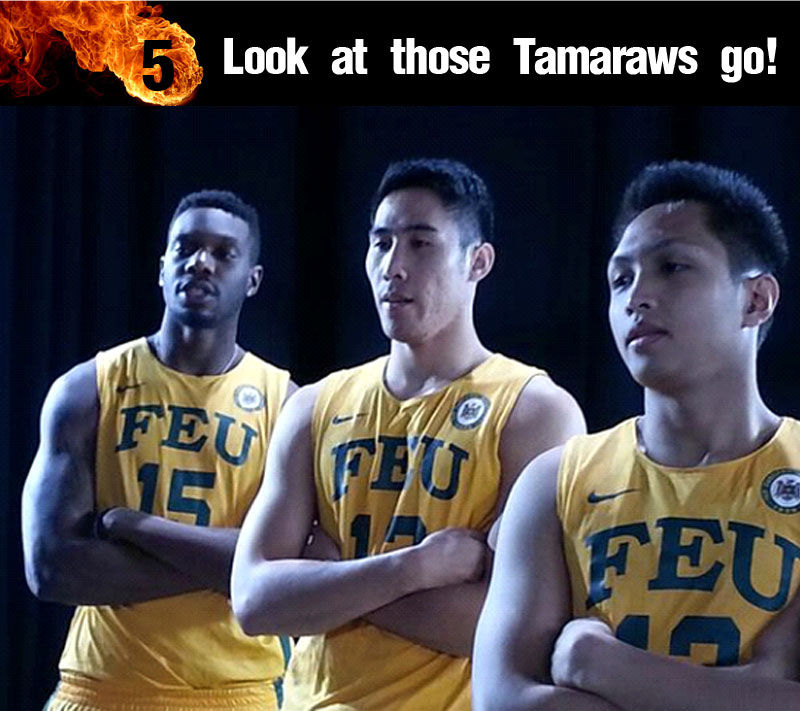 Likewise with NU, some discredited FEU upon hearing that RR Garcia and Terrence Romeo would forego their college careers for the pros. However, the strong performances of Mike Tolomia and Mac Belo in Season 77 have pundits thinking otherwise.
Tolomia is averaging 16.3 PPG to go with 3.8 RPG and 3.7 APG. Belo, meanwhile, is putting up 16.5 PPG and 5.4 RPG. Both are MVP candidates. Needless to say, FEU, currently 5-2, will be leaning on them for the rest of the season.

4. The new and improved Bulldogs 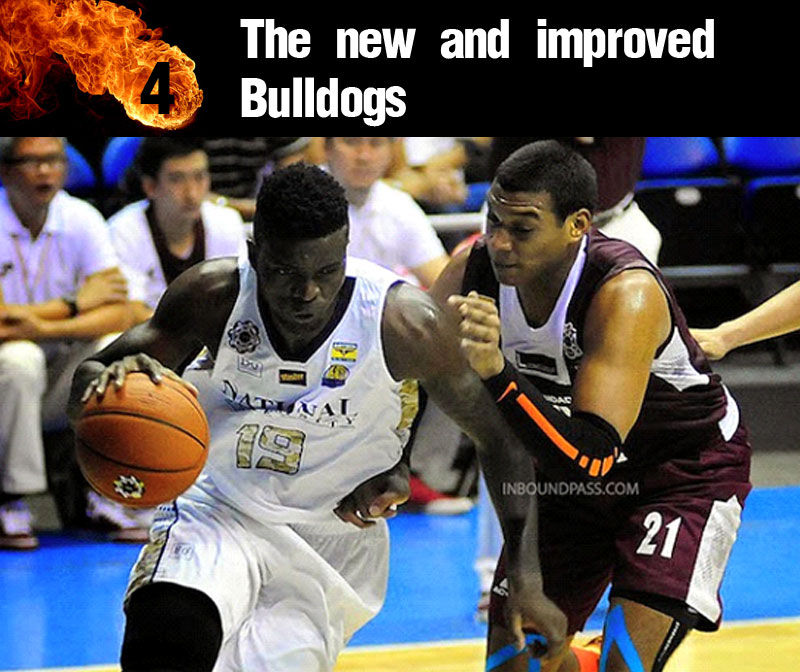 When Coach Eric Altamirano’s team lost Bobby Ray Parks, many thought NU would suffer and no longer become a contender. They were wrong. With a cast centered on Alfred Aroga, Gelo Alonino, Glenn Khobuntin, Troy Rosario and others, the Bulldogs have become lethal both on offense and defense, and are a threat to anyone in the UAAP. 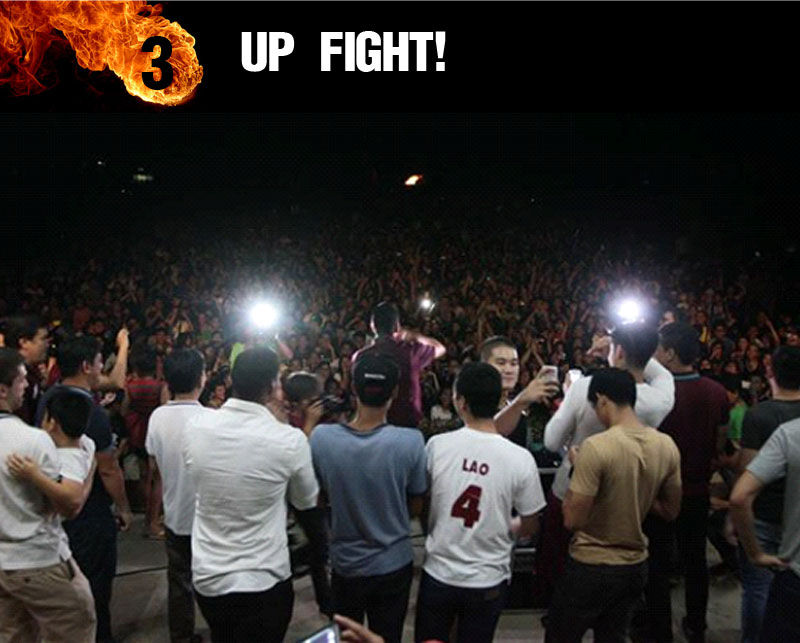 Winless for two seasons, the UP Fighting Maroons finally pulled out a victory last Saturday when they beat the Adamson Falcons, making their fan base go crazy in excitement. UP even held a bonfire in their campus to celebrate. While some may laugh at this, it is pleasing to see the Maroons finally come out on top.
UP FIGHT!

2. Shooting arrows at the Injury Bug 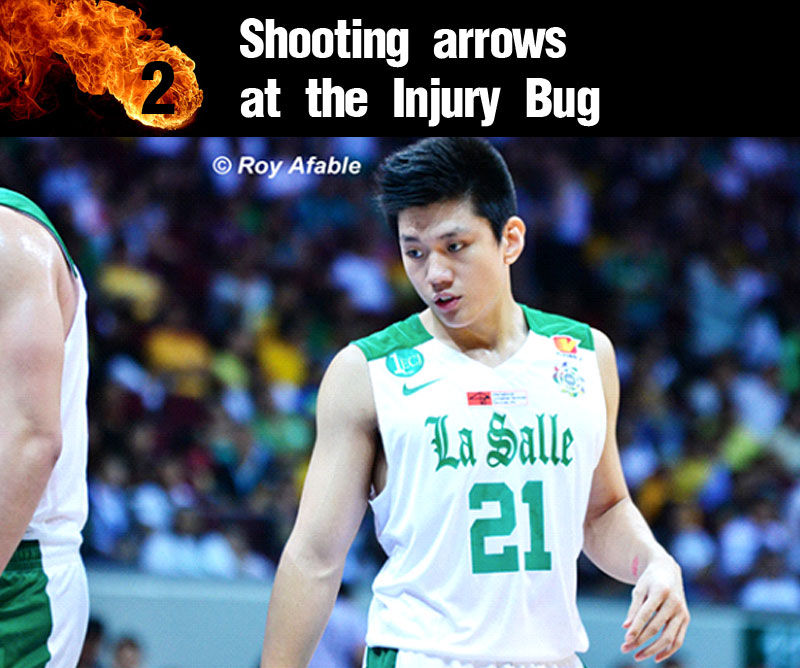 The De La Salle Green Archers’ championship defense in Season 77 did not get of to a good start. The team lost their first two games to FEU and Ateneo, and lost guys like Thomas Torres and Arnold Van Opstal to injuries, while having to deal with nagging health issues to Kib Montalbo, Terrence Mustre, and Norbert Torres. Nonetheless, DLSU’s currently 5-2, which is tied for second best in the league behind Ateneo’s 6-1.
La Salle continues to win due to the great season of Jeron Teng, who’s putting up 15 PPG, 7.3 RPG, and 3.7 APG, and because of the rest his supporting cast---Jason Perkins, Almond Vosotros, to name a few. Despite the injuries, La Salle has managed to stay afloat. 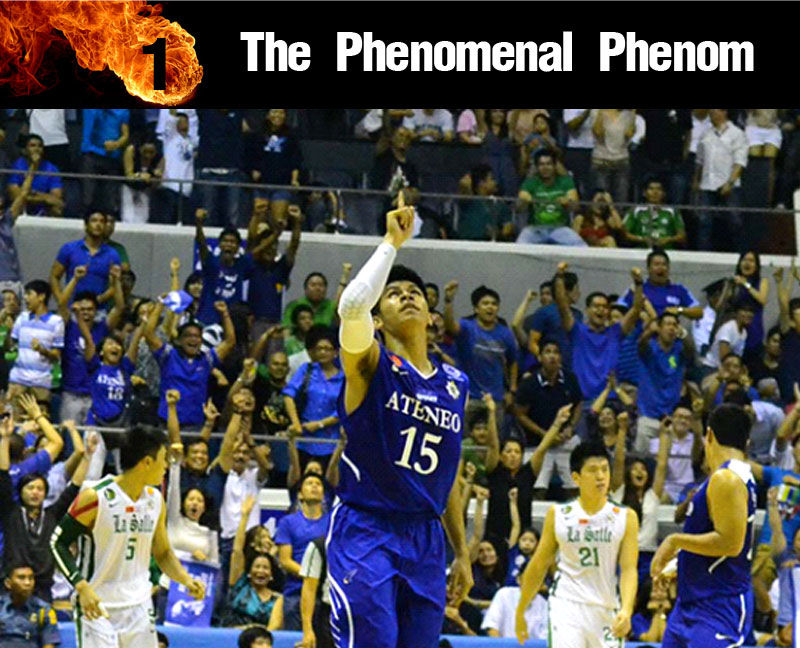 Last season, Ateneo superstar Kiefer Ravena was hindered by a foot injury that limited his production throughout the year. But in Season 77, Ravena has made one thing very clear: he is the best player in college basketball today.
Averaging a stellar 23 PPG, 5 RPG, and 5 APG, it’s clear The Phenom is currently the leader for the MVP race, not to mention the most clutch star in the league today. For more on that, check this out:

What are your top moments form the first round? Post them with all the feels in the Comments Section.