Where Are They Now: Batibot 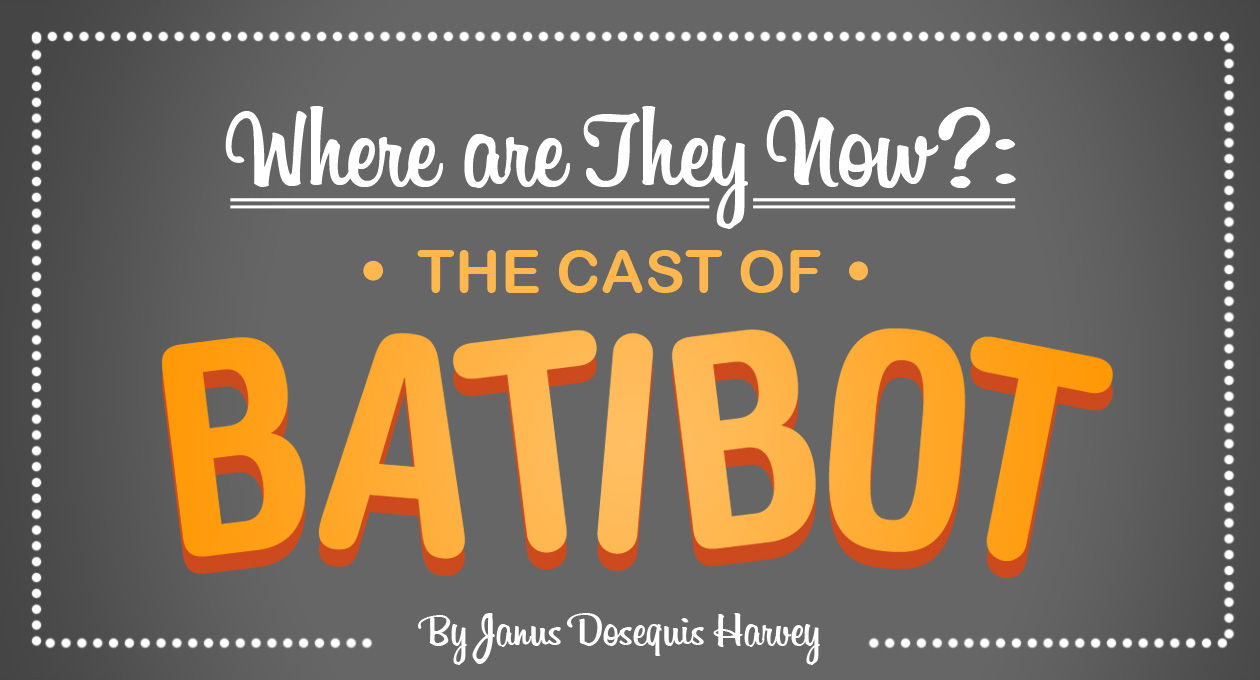 [buffer by="15px"]
[dropcap letter="I"]f you’re a Filipino, and you’re reading this right now but have no idea what “Batibot” is, then you’re either too young, or you didn't have a TV growing up.

When it comes to educating Filipino kids via television, few shows did it anywhere nearly as well as "Batibot," seeing as how even a stellar effort like ABS-CBN’s “ATBP” didn’t quite measure up to the children’s television juggernaut. There was just something about the inimitable group of Ate Sienna, Kuya Bodjie, Pong Pagong, Kiko Matsing, and in later years, Koko Kwik-Kwak. Their initial run ended in 2001, but you can’t keep a good show down.

TV 5 resurrected Batibot in 2010 and a mostly new cast burst onto the scene. It doesn’t seem like they can still be seen on TV nowadays, but if the Facebook page is any indication, they still seem to be doing campus tours all the way until September of last year. There are no signs that they won’t do more of the same come next year.

Let’s take a look at some of the most memorable people from "Batibot," both old and new, and muse how children’s television can still play a role in educating the youth of today, even if the iPad has made most of them computer-literate before they even attend a single day of school.
[/buffer]

Today: Aside from still doing Batibot on and off, Ate Maya has done theater work for PETA (the theater group, not the bat$#%-insane animal rights group), a host for Hero TV, and also does a bit of motivational speaking on the side. Also, still insanely hot.

Best Known For: Being the friendly “Kuya” everyone knows and loves, well, next only to our #2, obviously.

Today: Junix Inocian, like most of the human cast of Batibot, is still very much active in theatre, having been a former actor for Cameron Macintosh, Ltd. Two years ago, he returned to the Philippines to perform in “Jekyll and Hyde.”

Best Known For: Being the Pinoy counterpart of Oscar the Grouch, with his gruff voice, and his obvious fondness for bananas. He’s also normally the subject of off-color jokes that make use of "Batibot" references, including “Malaki ang titik O” and “Ate Sienna, matigas na ang saging ko!”

Unfortunately, both Kiko Matsing and Pong Pagong can never be part of any "Batibot" revivals, because both muppets were merely on loan from Sesame Street’s Children’s Television Workshop to Batibot back then, and the rights to these characters are still with the makers of "Sesame Street."

Today: Pocholo is a radio personality on Radio Inquirer, DZIQ, as well as one of the people behind Creativoices. He also dabbles in a bit of citizen journalism, as he is part of the documentation team of Blogwatch. He is the second puppeteer to voice the beloved muppet and his character was already called “Mat Matsing,” even though nobody paid attention to this name change at all.

@The8List Both the puppeteers who manipulated and voiced for Kiko, Sammy Badon and Toots Javellana, are still very much alive.

Today: The most memorable singer of “Alin Ang Naiba” will still be singing her heart out this January in the lead role for the highly-anticipated PETA comedy musical, “Rak of Aegis.”

Best Known For: Ba, be-bi, bo-bu!!! This muppet was memorable because of her fortune-teller character before the likes of Madame Auring ruined the mystique for us forever. And yes, this Bubble Gang parody spoofs her, not Manang Bola.

Today: Well, since Batibot still isn’t officially over and done with, it’s safe to say that Manang Bola is still doing what she’s always been doing—getting mad at Crystal instead of actually telling anyone’s fortune. Of course, Ms. Nalundasan also voiced Shampoo’s grandmother Cologne, in the Filipino version of Ranma ½.

Best Known For: Being the elder voice of reason in the show. Mang Mokyo was just such a calm, serene person to look at.

Today: Soliman Cruz, a well-respected character actor, is still very active in film and television, having starred as recently as last year in “With A Smile,” although he is probably best known for his role in the critically-acclaimed “Ang Pagdadalaga ni Maximo Oliveros.”

Best Known For: Being the storyteller, and of course, probably the most famous rendition of “Ako ang Kapitbahay Niyo” on the show, which was the show's response to Sesame Street’s “Neighborhood.”

Today: Kuya Bodjie is and forever will be our Kuya Bodjie. But in real life (or for people who've grown up enough to accept it), Bodjie Pascua is a seasoned theater actor who has played enough un-Kuya-Bodjie-like roles to break the fragile glass of our childhood memories.

Best Known For: Well, she and Kuya Bodjie were the pillars of the human cast of Batibot’s first run, and needless to say, she was splendid at it.

Today: After a stint in production in the PBA, Ate Sienna is still associated with TV5, the current home of Batibot, and even goes out of her way to promote the show here and there on her Twitter timeline.

Bonus fact: In 2006, in the Star Cinema film “First Day High,” which was the first film Kim Chiu and Gerald Anderson starred in, Kuya Bodjie and Ate Sienna played heads of opposing schools—and made out near the end of the film. Childhood. Ruined. 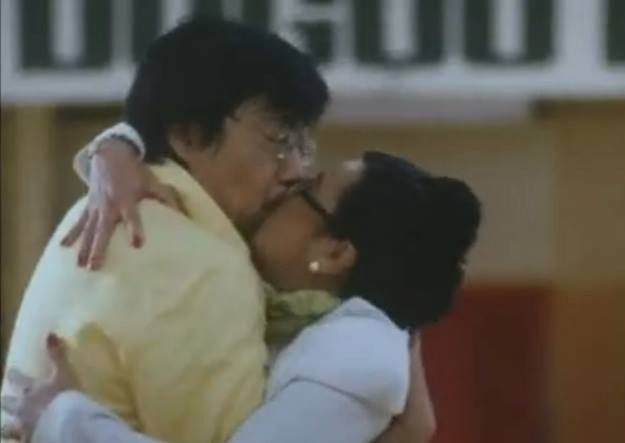 Miss Batibot? Your innocence and youth? Share your feelings in the Comments Section.

P.S. Perhaps you'd also like to know Where Are They Now:
- Child Stars from the 90s
- 8 Actors from Ang TV
- 8 Stars from That's Entertainment