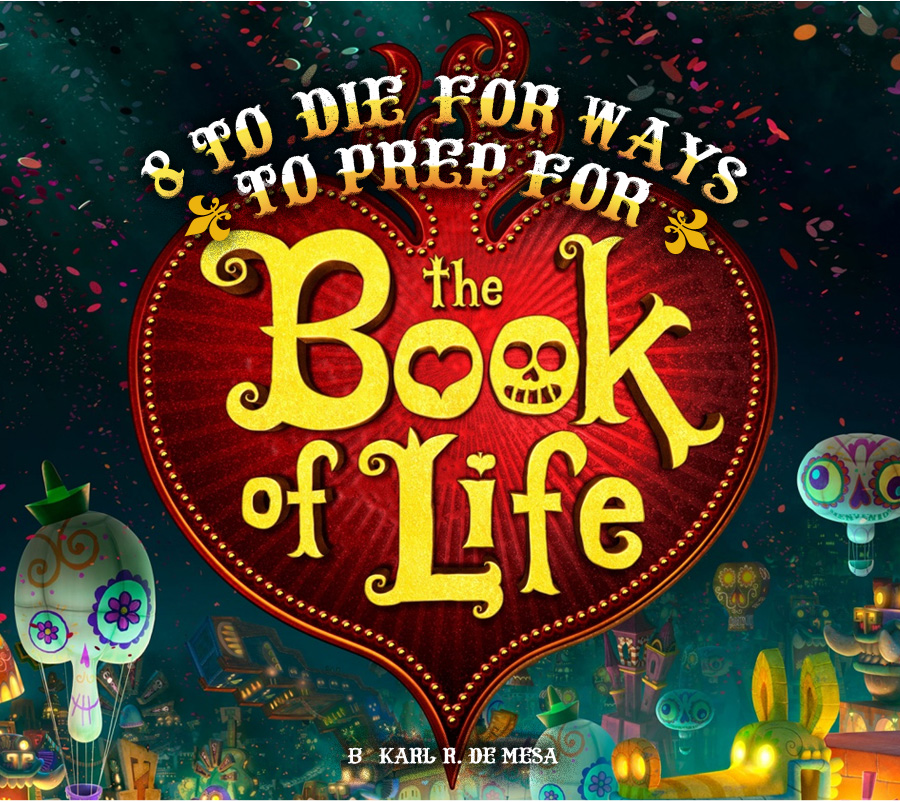 [dropcap letter="W"]ho remembers the dead? In the gorgeously imagined and animated “Book of Life,” the loved ones who keep the memories of those who are no longer among the quick are brought the most delight on the Mexican Dia de Los Muertos (Day of the Dead); while those who forget their dear ones are often painted as callous and brutish. For the dead themselves, this continuous feeding of the flames of their memory is crucial, since it’s what keeps them in the eternal terra fiesta called the Land of the Remembered. Those who are forgotten slide down to the grey waste and static hell that is the Land of the Forgotten. The rulers of these two lands (who also happen to be exes): the beautiful and merciful La Muerte and the brutish and deceitful Xibalba, respectively, take on a bet when they spy the budding love affair between two boys and one girl. This is the context by which the tragic and ultimately heroic tale of the small town trio of Manolo, Joaquin, and Maria unfolds against a lush and wildly colorful backdrop of Mexican Day of the Dead traditions and necro-mythology.     Produced by the multi-media giant Guillermo Del Toro (director of Pacific Rim, Pan’s Pabyrinth) and directed by animator Jorge Guttierez, at its heart this movie is the journey of Manolo Sanchez (Diego Luna), an aspiring musician who is torn between fulfilling the expectations of his family as a bullfighter and following his heart – whether it’s his love for flamenco guitar or his love for his childhood friend Maria (Zoe Saldana). He also has to contend with Maria’s affections against the charming and jockish Joaquín (Channing Tatum). With stellar voice acting that includes such stars like Christina Applegate (Mary Beth), Ice Cube (The Candle Make), Ron Perlman (Xibalba), Plácido Domingo (Jorge, Manolo's great-grandfather), and Danny Trejo (Manolo's grandfather), this GP fairy tale romp into the Mexican underworld isn’t just entertaining and surprisingly delightful as a box full of skull chocolates, it’s also educational for those seeking the connection between love and death and how the Orpheus-Eurydice myth can still ring it’s high notes clear as a wolf whistle and an aria in our digitally saturated age. Who will win Maria’s heart? And who will win when the spirits of the underworld gods La Muerte and Xibalba bet on their own champions? Here’s a few ways you can prep for the lively, and stunningly animated movie (see it on 3D!) where the dead are often happier than the living.

Put on your best Dead Face with this tutorial on how to make a decorative skull mask made out of sugar. You can look like a bag of bones AND then eat the thing afterwards in the ultimate recycling of your persona.

As the well-meaning and yet often vain Joaquin, Channing Tatum puts on his best macho Mexican impersonation, while Zoe Saldana undistresses the damsel as the strong-willed and beautiful Maria. Also, wait for Ice Cube’s Candlemaker to spice up the proceedings with awesome homeboy vibes. 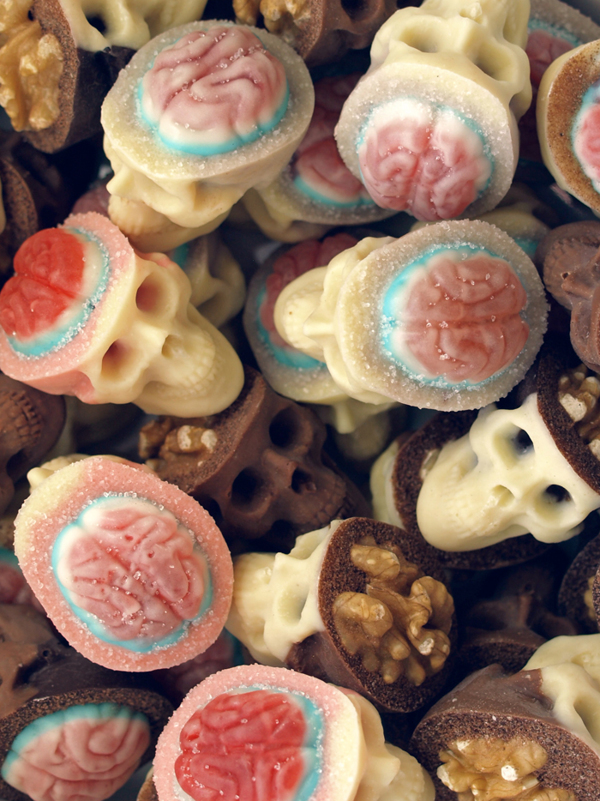 Pop some true culinary art in your mouth courtesy of Spanish illustrators and graphic designers Ruth & Sira. Chocolate skulls: pop them in your mouth and declare: “I am a devourer of men!”

5. BONE UP ON MEXICAN LOWER MYTHOLOGY 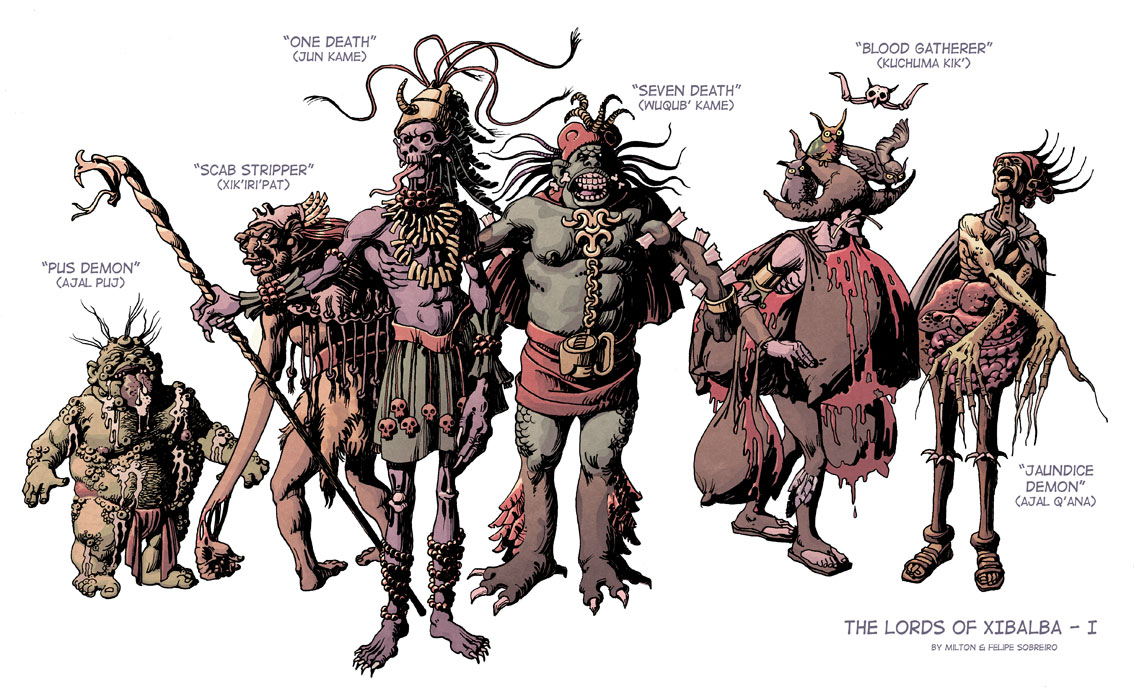 Via mythologycurator.tumblr.com
Facts about the two gods and about the supernatural values they were based on.

4. GET INSIGHT FROM DEL TORO AND GUTTIEREZ

One of the many traditions Director Gutierrez explores for his tale is The Day of the Dead, a holiday that celebrates the lives of those who came before us. Jorge Guttierez proclaimed about his most challenging project to date: “’The Book of Life" is not about The Day of the Dead, but we use it as the canvas on which we paint our story. It’s more than a holiday; it’s a philosophy. The core belief behind The Day of the Dead is that as long as you remember those who came before you, and as long as you tell their stories, cook their dishes, and sing their songs – they’re with you. They live inside your heart.”

If you’re a gamer and a fan of spy adventures and Mexican folklore, then you MUST play this gem released by LucasArts in 1998 for Windows. This dark comedy neo-noir adventure by Tim Schafer (as the game's project leader) is a simple puzzle-solving narrative that will, nevertheless blow your mind. I hear it’s also getting re-issued for the next gen consoles.

In Christianity and Judaism, the “Book of Life” is the book in which God records the names of every person who is destined for Heaven or the “World to Come.” It’s also an analog for the Book of the Dead. Ultimately, as Manolo progresses in his quest to recover Maria’s love through real-world combat and against the wiles of the underworld’s inhabitant’s it is his abiding love for Maria that leads him to transcend his boundaries and become a hero. Even if he has to contend with his childhood friend, Joaquin.

1. REMEMBER THEM ON THE DAY OF THE DEAD

The people of Mexico believe the soul is eternal and that it can commute back and forth from our world to the afterlife and so the celebration of the Day of the Dead is based on the belief that the souls of their loved ones can return periodically to visit and make sure you feed the dogs. The day itself has its root in ancient tribal calendars that mandate celebrations take place on the 9th month of the Aztec calendar. There are actually two Days of the Dead: November 1st is meant to honor the deceased children and infants, called Dia de los Inocentes, while November 2nd is known as the Dia de los Muertos-proper. If you haven’t noticed, the day also coincides with Catholicism’s Dia de los Santos (All Saints’ Day on November 1st) and the Dia de los Fieles Difuntos (All Souls’ Day on November 2nd). If that fails, score some amazingly cute and detailed Funko figurines of the characters. 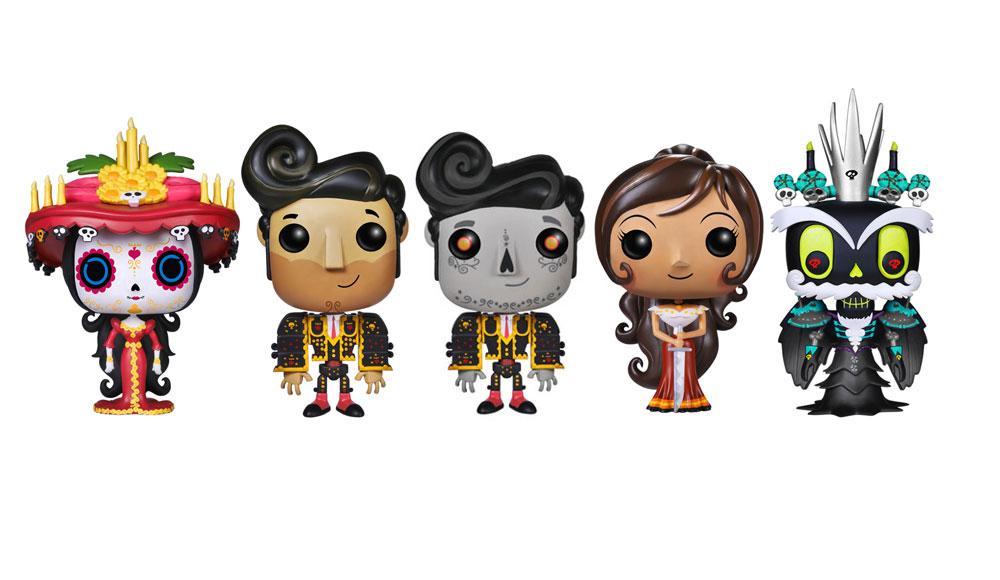