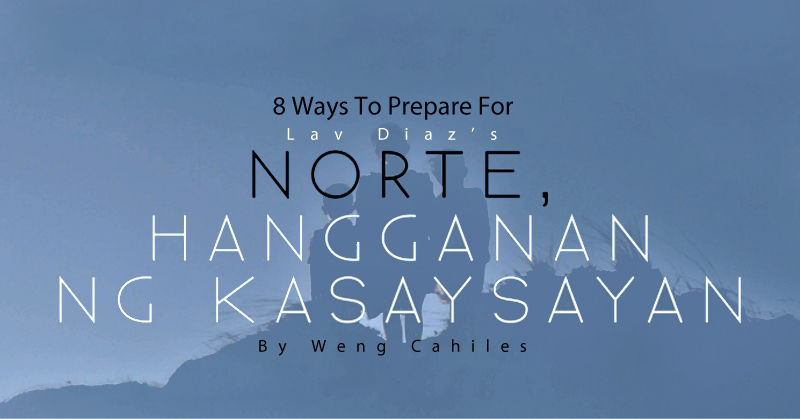 If you haven’t seen any Lav Diaz film, his critically acclaimed movie “Norte, Hangganan ng Kasaysayan” (or “Norte, the End of History”) is being screened at a groundbreaking scale at local cinemas. This is perhaps the most commercial exposure any Lav Diaz movie has seen in the country. There is nothing quite like seeing a Lav Diaz epic on the big screen as it demands your full attention with wide-angle shots and slow yet rewarding unraveling of its story. Catch up on its screening dates and be treated to a cinematic tour-de-force unlike any other.

8. Forget the length of the movie.

Yes, it is four hours long but this is actually “short” by Lav Diaz standards. His movie "Ebolusyon ng Isang Pamilyang Pilipino" ("Evolution of a Filipino Family") is an 11-hour movie. Don’t let the screening time discourage you because all his movies reward the audience with sweeping storytelling and sharp political commentary.

7. Stock up on provisions.

Make sure you enter the cinema with all the food and drinks you need for the entire duration of the movie. Once the movie starts and the story picks up its pace, you wouldn’t want to miss a scene just to buy something from the snack bar.

6. Take a long pee break before the movie starts. 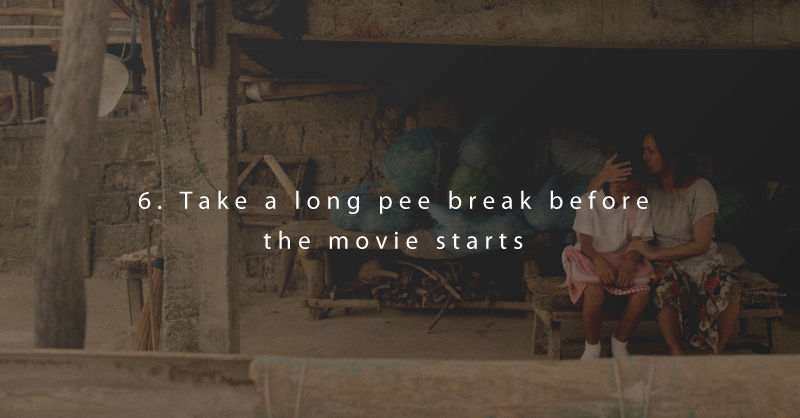 Or, if you can’t help yourself right in the middle of the movie, make sure you make your trip to the bathroom short and sweet. (I watched this movie with four of my friends and none of us went stood up neither for drinks and pee break the entire time. You will be surprised at how this movie can captivate and root you into your seat despite its length.)

5. Watch it with someone.

There are several gut-wrenching and shocking moments in the movie that will make you want to hold somebody else’s hand. Trust us. You’ll want someone by your side to comfort you.

4. Turn off all your gadgets (or any device linked to your social media accounts). 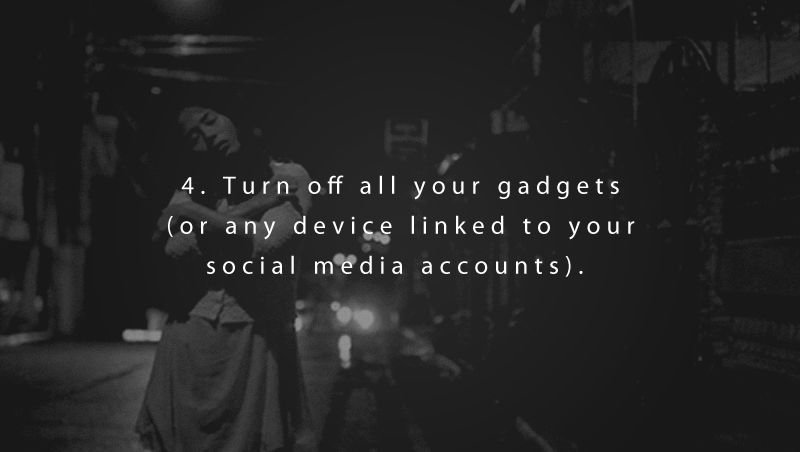 This movie will demand all of your attention and you are better off watching the screen rather than tweeting about it.

3. Expect stellar performances from the cast.

For her role as Eliza, indie actress Angeli Bayani won over industry heavyweights Nora Aunor and Vilma Santos in this year’s Gawad Urian. Sid Lucero was unforgettable as Fabian as he powerfully played the role of a law school dropout full of radical ideas. It is impossible to not be affected by Fabian as his role punctuates many of the movie’s riveting scenes. The notable cast also includes Archie Alemania, Mae Paner, Hazel Orencio, Angelina Kanapi and Soliman Cruz.

2. Be ready to give a round of applause.

Just like movie critic Wesley Morris of Grantland, who claims he’d never clapped for a movie before.

1. Think about how you’re going to recover.

When you exit the cinema, there are two ways which you can deal with the post-Norte feelings: either you talk it out with friends or you all remain silent as you process everything you’ve just seen. Both ways are best done over beer.