8 Reasons Why TV is Still Good for You 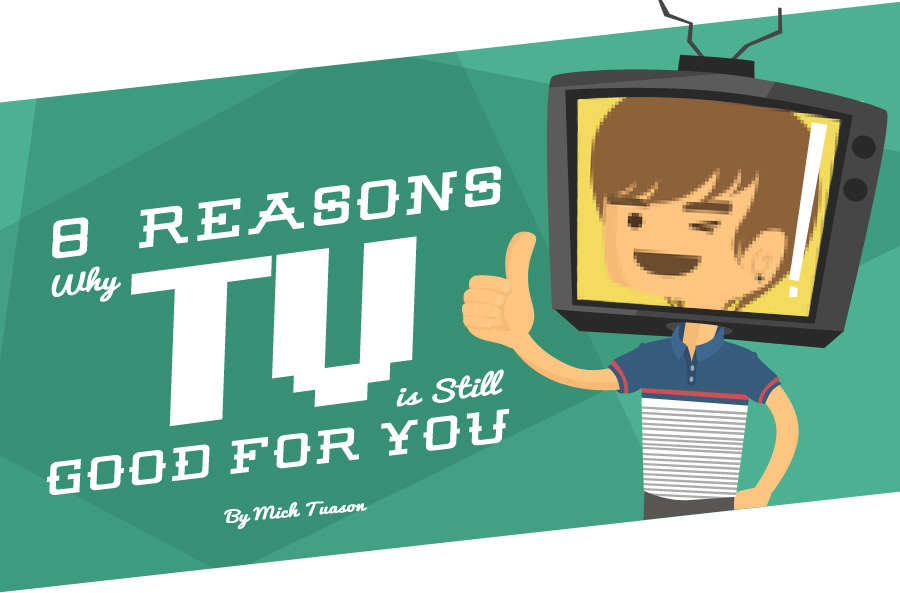 [dropcap letter="H"]ave you ever finished a bag of chips or a box of donuts all by yourself and felt so bad that all the wrong choices you’ve made in life come in one swooping and all encompassing flashback? That’s the same feeling we get when we’ve done a marathon of shows that are so ridiculously entertaining but thoroughly lacking in content and nutrition: we feel bloated (with useless information), guilty (for wasting time), but mostly stupid (from seeing too many housewives and Kardashians). But this is why we have this list, so that you don’t have to go through the muck and drivel currently corrupting television. Presenting our list of 8 shows so worth the couch potato calories.
[buffer id="intro" by="0px 200px 0px 200px"]

Via Good Company 9TV's facebook
8. If there’s one series we won’t feel guilty about watching, it’s this local show. Proudly Filipino, "Good Company" attempts the impossible: first, to capture the attention of a young market for more than their usual three-minute threshold and second, to make them believe that dreams can come true through determination and a lot of hard work. YES, we know we sound like your annoying, cynical Tito but with everything on TV telling you the only way to accomplish your dreams is to enter a reality show or have famous parents, isn’t it refreshing to watch something that tells you otherwise? Watch the inspiring stories of these individuals and be prepared ot be motivated.

Via snarksquad.com
Fans of Sherlock Holmes, rejoice! While waiting for your favorite sleuth to return, get your mystery fix with "How to Get Away with Murder." Taking on the role of Annalise Keating, a brilliant criminal defense professor, Viola Davis teaches her students what it takes to create the perfect crime and of course, how to get away with it. Did we mention the show was also written by Shonda Rhimes? (Because, really that’s all the reason you need. )

Via giphy.com
If you loved "The Fault in Our Stars" and "Grey’s Anatomy" but also secretly liked "Glee" (back when it wasn’t embarrassing to admit so and Rachel wasn’t that annoying), then you’re sure to fall in love with the "Red Band Society." A group of terminally ill children form an unlikely friendship founded on faith, hope and their will to define life on their own terms. The show also stars the brilliant Octavia Spencer as the tough but loving Nurse Jackson (AKA Scary Bitch) and the very easy on the eyes, Dave Annable who (of course!) plays the kind-hearted but mysterious doctor.

Via tumblr.com
Probably one of the more underrated heroes in the DC universe, The Flash promises to create a new legion of fans for one Barry Allen. Girls and guys alike will love the show not only for the lead’s boyish good looks (is that the guy from "Glee"? Yes he is, but we promise you he’s more memorable in this) but also because of the perfect blend of action and comedy as well the possibility of crossovers with other DC characters.

Via tumblr.com
Tea Loni has certainly gone a long way from "Having Fun with Dick and Jane." In this new show, she plays an ex-CIA agent thrust into power while at the same trying to juggle her responsibilities as a wife and a mother. Watch her play a more bad-ass version of Olivia Pope in this exciting new series.

Via lovelace-media.imgix.net
This show attempts to answer all the questions you never wanted to know the answers to; like what happens when  you get impregnated by your own doctor? or does anyone really want to remain a virgin in this day and age? An ambitiously ridiculous but highly creative plot, this show might just prove to be funniest thing we’ll see on TV this year.

Via parentstv.org
If you ever thought being a celebrity is the best job anyone can get, this new show just might change your mind. Starring the sexy Maggie Q and even sexier Dylan McDermott, the show promises to keep you at the edge of your seat and your eyes perpetually looking over your shoulder. 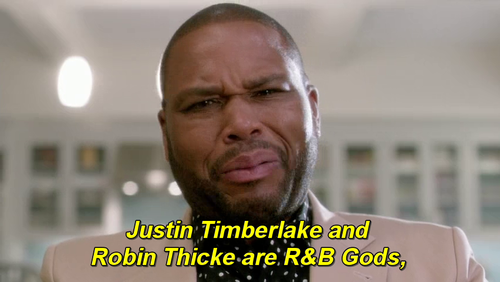 Via tumblr.com
Pinoys can learn a thing or two from this new show. When father Andre Johsnon (played by Nickelodeon alumnus Anthony Anderson), finds out his children lack any connection to their heritage, he struggles to teach the importance of remembering their cultural identity in their predominantly white and upper middle-class community. And the result is extremely funny.