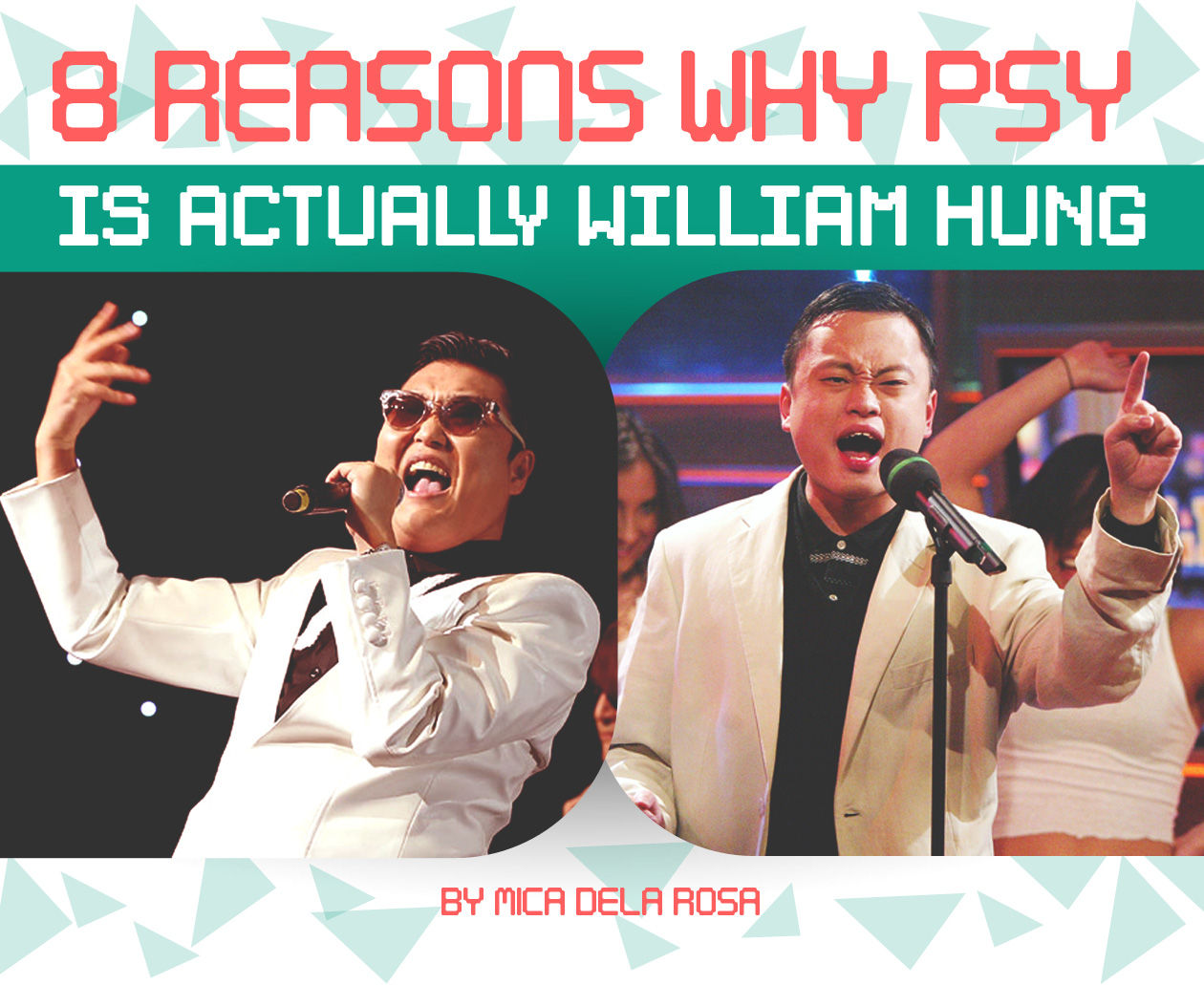 But have you ever realized that he looks like William Hung? If the name doesn’t ring a bell, he’s the awkwardly funny guy from American Idol who auditioned with an off-key rendition of “She Bangs”.

Hung’s fame lasted momentarily and his name soon vanished from the limelight. It wasn’t until 2012 when people started to wonder what happened to him and where in the world he went. Coincidentally, this was also the same year the Korean star gained worldwide recognition for ‘Gangnam Style’.
Could Psy be some kind of an usurper to William Hung’s long lost popularity? Or are they working together in a secret plan for Asians to continually stake their claim of the Hollywood spotlight in the most bizarre ways? Because if you look closely, the resemblances between the two are uncanny, if not amusing. The possibilities are infinite, so here are 8 reasons why PSY might just be the William Hung we missed.

William Hung skyrocketed to fame after his hilarious AI audition spread like wildfire in 2004, opening the door for recording deals and the love of the American audience. PSY’s "Gangnam Style" went viral in August 2012 and reached more than 2 billion views. You know much of the world was affected with this hit.

6 They studied in the US

Via beritagar.com, ruggedelegantliving.com
William was a civil engineering student in University of California, Berkeley when he tried out for American Idol. Psy on the other hand, attended Berklee College of Music in Boston during the 90s. Both left their colleges to pursue their music careers.
Berkeley and Berklee. Even the names of their schools sound almost the same.

Via thejakartapost.com, wikipedia.org
Like cute pandas. And pandas are Asian, mind you.

4 They have hot, sexy ladies for backup dancers

Via tublr.com, tumblr.com
Which involve waving your fists awkwardly in the air.

2 They both look good in suits.

Via stylebistro.com, cracked.com
I wonder if they can pull off the Suitjamas?

1 Simon Cowell wouldn’t just give them the time of the day.

While everyone’s holding back their laughter with William’s performance, he was the only one rubbing his forehead, wondering what’s wrong with the world.
He didn’t even join the PSY’s short tutorial in the "Ellen Show" with Britney. He’s all like “You guys go ahead and make a fool of yourselves. I’m good here.”
What do you think of their similarities? Post them in the Comment Section.