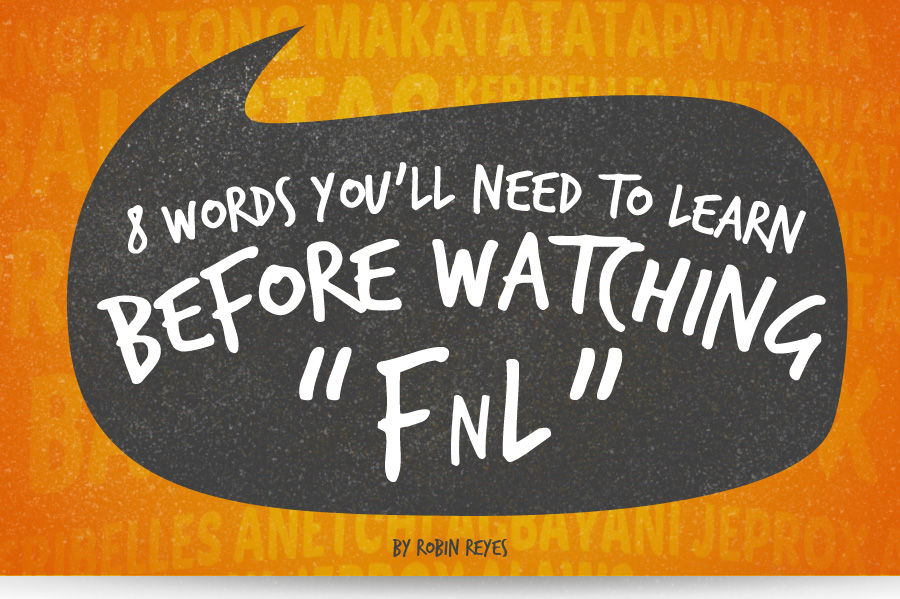 [dropcap letter="A"]fter the wildly successful rerun of "Rak of Aegis," The Philippine Educational Theater Association (PETA) continues its 47th season with a play on language entitled "FnL."
Written by Rody Vera, Anj Heruela, and Maynard Manansala, and directed by Ian Segarra; "FnL" explores the chaotic world of California native Fil-am Lance and promdi call center agent, Flor. By some incredible twist of fate, these two characters cross paths and discover something that they have in common: the voice of Balagtas. With their friends, Flor’s beki-speaking fellow call center agent, and Lance’s street-talking cousin, they set out on a fantastical journey to find the mystery behind their strange gift and what it means to possess it. "FnL" uses the original text of "Florante at Laura" as a springboard into a surreal tale full of twists and surprises delivering the message of how important it is to love your language whether it’s Filipino, Cebuano, beki, jologs, and everything in between. 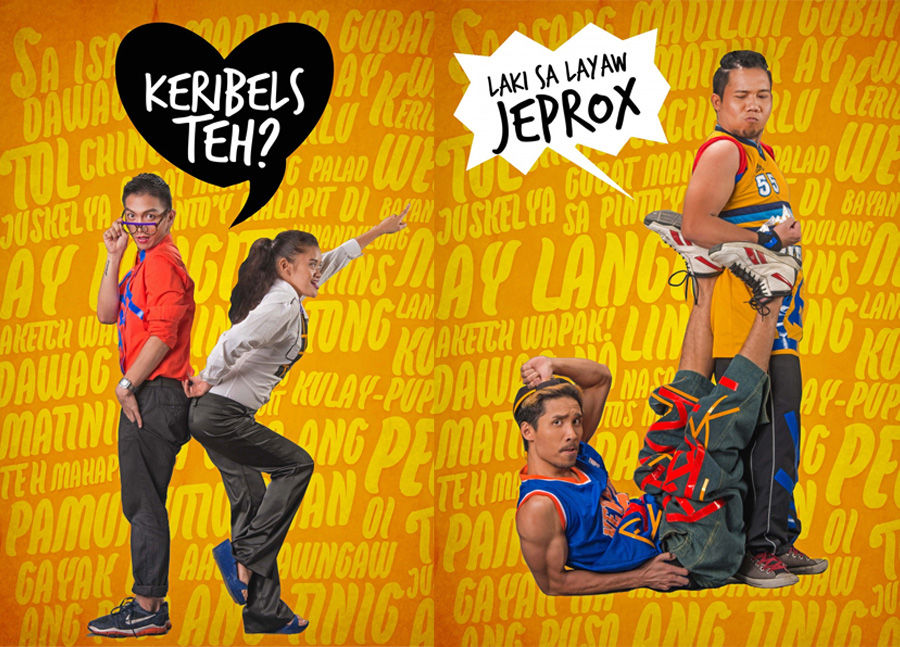 "FnL" promises to be a mouthful of a play, what with its dialogues permutated with different speaks. If you’re not too familiar with beki or jej talk, we’ve prepared a list of 8 words you’ll need to learn. So sit back down and loosen your tongue for a different kind of vocabulary lesson.

Keribelles may also be used to as a greeting, as in "Keribelles ka pa teh?" (Are you still okay?)

Coined in the 70‘s and popularized by singer Mike Hanopol, it originally pertained to upper middle class kids who lived in Projects 1 to 8, the urban parts of Quezon city, hence the term "jeprox" which is "projects" with the syllables interchanged.

If beki speak references popular culture, jologs speak takes words and interchanges its syllables, or inverts them altogether! Alaws is simply ‘wala’ or nothing, inverted and used in the same way.

One of the many vocabulary words of "Florante at Laura," Lance uncontrollably says "linggatong" several times in a big rap battle. Where did he get that word and what is happening to him?

Also coming from the original "Florante at Laura" text, Flor bursts into "makatatatap" right in the middle of a service call! Could Balagtas have anything to do with it?

Aside from references to popular culture, beki speak also adds syllables to words. "Warla" is the word "war" indicating conflict, with the added syllable "la."

A shortened version of the word "imbalanced," "imba" is a gaming term, used on players with unbelievable skill.
Although worlds apart, these different speaks mirror and reflect the diversity of culture present in the Philippines. Samu’t saring wika, sa iisang container. That’s what "FnL" is about; proving that in the discourse of language, no tongue is neither inferior nor superior.
Challenge yourself and try these words out in everyday conversation! Or catch them in PETA’s new production "FnL" opening on September 27 at the PETA Theater Center located at No.5 Eymard Drive, New Manila, Quezon City, Philippines. For more information, visitwww.ticketworld.com.ph or contact PETA at 725-6244, +639175765400 or email petatheater@gmail.com