The Typhoon Yolanda Aftermath, One Year Later: 8 Things You Should Know 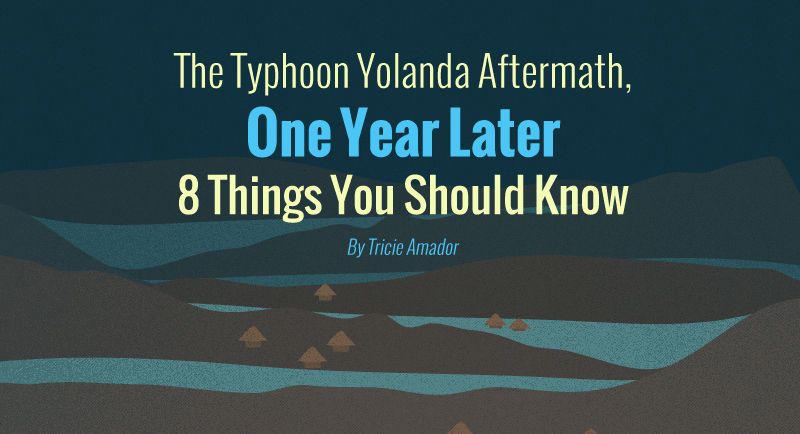 When Typhoon Yolanda hit last year, all eyes were on the Philippines, particularly on Eastern Visayas where the typhoon hit the hardest. It's now been a year since this devastating calamity, and many questions continue to surface. Here are 8 things we think you should know now. 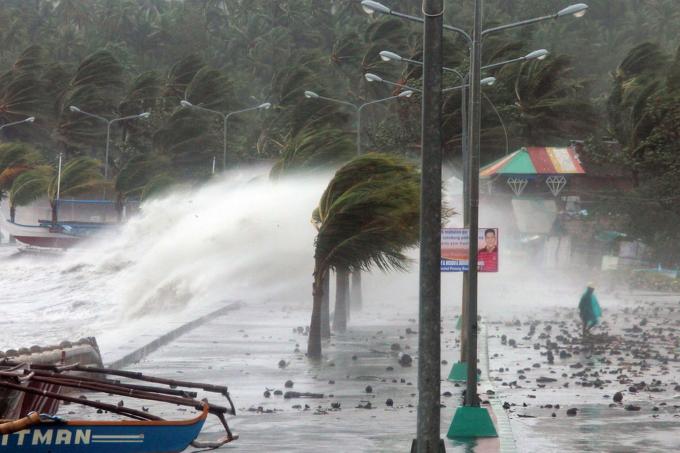 Via ateneo.edu
A little recap: Typhoon Yolanda (international name: Haiyan) was a Category 5 typhoon (the highest category) that made initial landfall on Eastern Visayas on November 8, 2013. It affected millions of Filipinos, many of whom were displaced, lost loved ones, and were in need of professional care. Many areas were left in a state of calamity and were cut off from electricity and water. Organizing relief operations was difficult due to the lack of cell service in the areas. 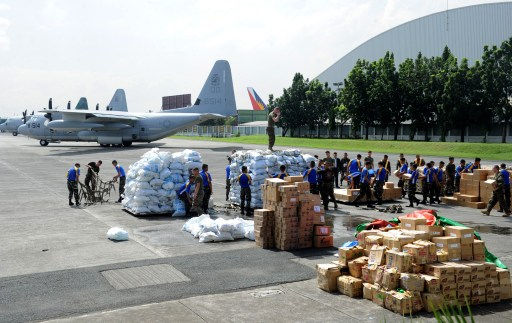 Via newsflash.org
In times of calamity, relief goods are needed, emergency stations are created, and so on. But it can’t be this way forever. Those affected need to move forward and live their lives again. This is where rehabilitation comes in.
Last October 29, 2014, PNoy finally signed the Yolanda Comprehensive Rehabilitation and Recovery Plan (CRRP). It contains an outline of more than 18,000 rehabilitation and recovery specific plans to be implemented by the National Government and tackles livelihood, resettlement, social services and infrastructure. With the implementation to begin immediately, government hopes that 30% will be finished by the end of this year, while 50% and the remaining 20% will be completed by the end of 2015 and 2016, respectively.
Why did it take so long to be approved? Maybe because it was 8,000 pages long and reading that takes a long time. But kidding aside, the delay has many factors. For example, relocation rehabilitation is difficult because though there is money to build a house, there is no land for the house to built on. PNoy admits that the process was slowed down due to government procedures but the plans also meet international standards.

6. Where do people live? 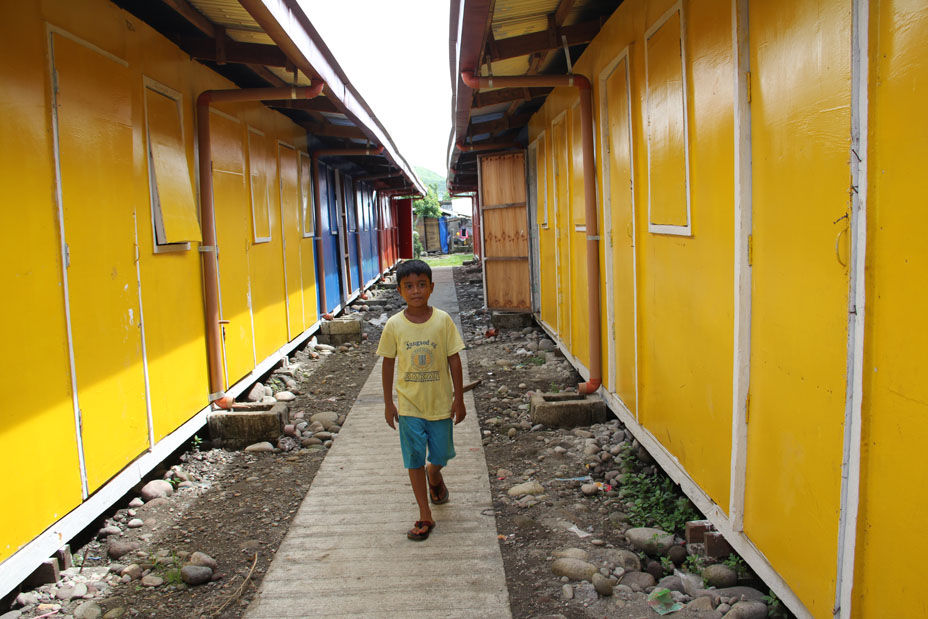 Via mb.com.ph
It’s a fact that many people were displaced and lost their homes. The solution: New homes! However, at the anniversary of Yolanda, only 2% of the needed houses will have been built. ONLY 2%. Currently, there are families living in bunkhouse residences, in tents, and in temporary shelters – many of which are in danger zones.
Those living in tents – In general, it’s not safe. A storm could easily blow it away and a flood can wash it away. The Tacloban City Mayor has said that these people are priority into moving to transitional houses.
Those living in danger zones – many of them choose to stay there because it’s closer to their livelihood. No one blames them. You need to work if you want to get up again. However, it’s not safe, hence the term danger zone. The next typhoon could be another disaster for them. So they should also get out and be moved to safe permanent homes ASAP. Some complain that relief goods are prioritized to bunkhouse shelters. The overflow means bunkhouse residents sell to those in the danger zone.
Those living in bunkhouse residences – they have power and water, and also relief goods from time to time. The problem, they have no means of income. Cash assistance isn’t possible as of the moment. Livelihood training is on pause. Their question now is: how do you move forward if you have no money to do so?

5. Are there any hospitals? 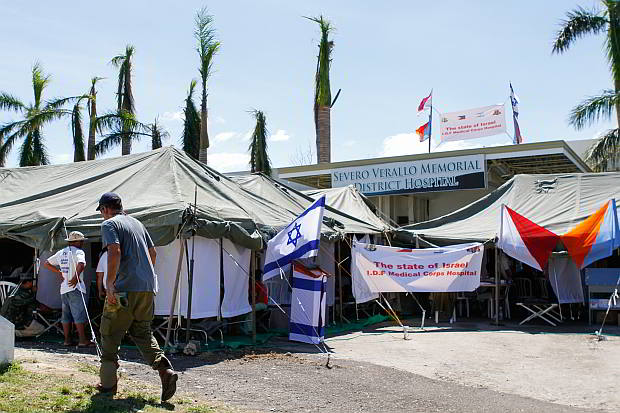 Via cebudailynews.inquirer.net
In the Yolanda affected areas, only 1 out of every 3 health facilities has been repaired. They aren’t fixed just yet but they are still providing services to those who need it.
Progress may seem slow to us, but comprehensive services are available across the affected areas. We can also look forward to the government plans of creating hospitals that are safer and stronger to withstand calamities and typhoons like Yolanda. 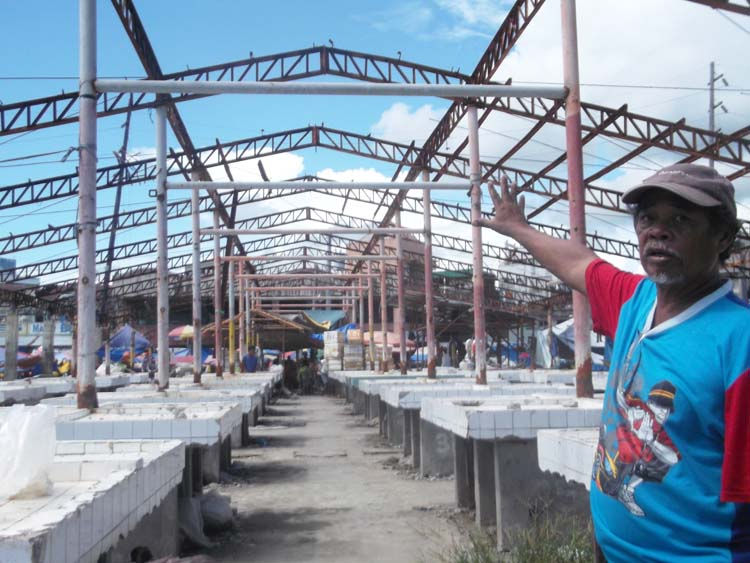 Via mb.com.ph
Around 6 million workers were affected by typhoon Yolanda.
A year later, majority of families live on 5,000 pesos a month. These aren’t small families either. Commuting can also be expensive for those in bunkhouses because of its distance from work.
On the upside, there are livelihood projects for those affected. The EU has also provided people in Leyte with tools to re-activate their livelihood. There is also a drive for social entrepreneurship to help the poor and also Persons with Disability to be more self-sufficient.
Rehabilitation is needed for fishing, agriculture and small businesses. Hopefully with continued support, people will get their livelihood back and get their life back on track.

3. But what about the children? 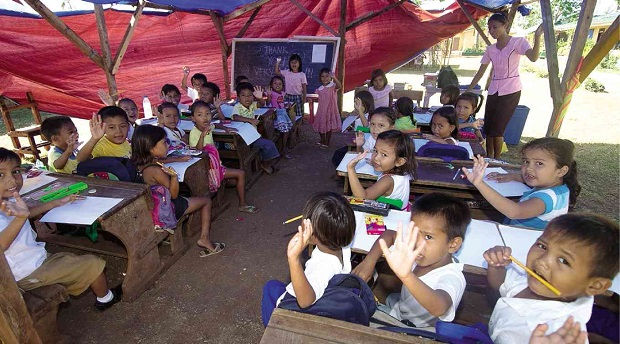 Via newsinfo.inquirer.net
Many people were concerned about how the typhoon would affect children. Would it be traumatizing? Would they carry it forever? Good news is there have been organizations that help deal with the trauma. They were taught how to cope with their emotions and frustrations through painting. Now, the children aren’t afraid but are learning to be prepared.
To get the children back to a sense of normalcy, they will need to go back to school. International organizations have been helping rebuild schools for children. Out of the 70,000 classrooms that need to be repaired or rehabilitated, only around 800 have been completed. They are on track, however, as they are not only creating new classrooms but also classrooms that can withstand earthquakes and strong winds. Though not all children are back in school, many are in temporary spaces. The plan is for all classrooms to be finished by June 2015.

2. But what if it happens again? 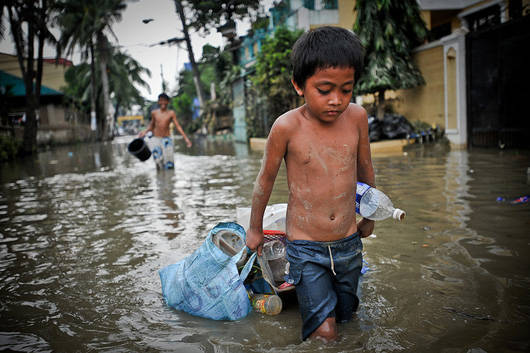 Via smartparenting.com.ph
Let’s be optimistic. Despite the delays in the government’s rehabilitation plan, I would like to believe that they have thought this through. It’s not just giving people another home but making sure it is safe from future calamities. Here’s hoping that the processes for evacuation and relief were reevaluated. If a typhoon hits the country again, I’d like to look on the brighter side of things and say that these areas won’t be affected as badly. But what about the other parts of the country?
All I can say for all of this is: take baby steps. Hopefully, each local government will stop with the greed and see how we can be better prepared for typhoons. (Hello, Metro Manila floods, I hope you never happen again). 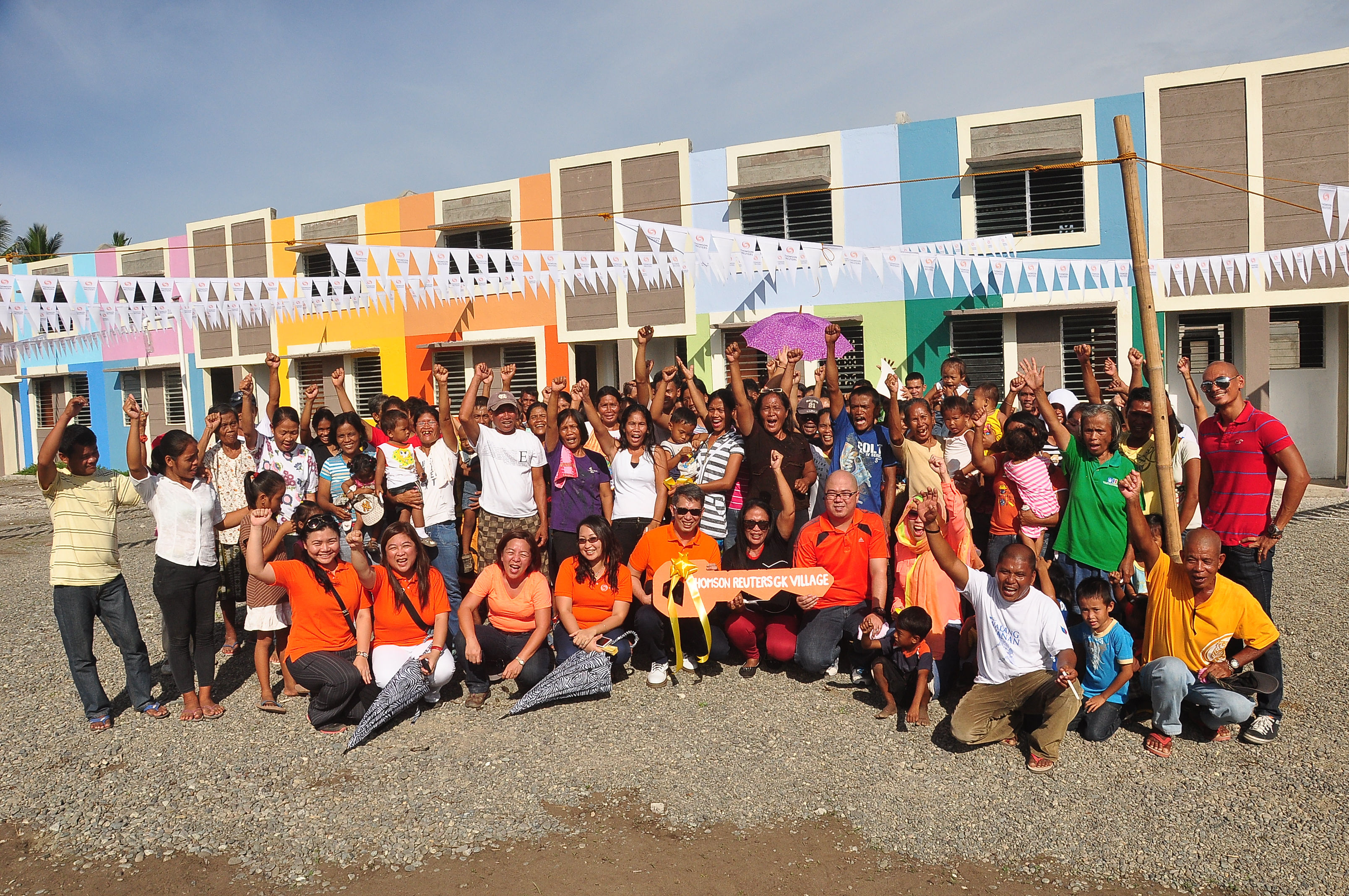 Via gk1world.com
It’s great you asked!
Many groups are still trying to help the Yolanda survivors. Here are some of them:
Gawad Kalinga - Known for its community building projects, GK has a special project to help Yolanda survivors.
Habitat for Humanity –Under #RebuildPH, Habitat for Humanity has been helping rebuild homes for those affected, and also making sure that the houses are better prepared for the next typhoon
Buddhist Tzu Chi Foundation – You may not have heard of this group, but they’ve been helping since last year. For initial relief, they gave cash-for-work (letting survivors clean their own homes and giving cash assistance after), food, and now they’ve donated pedicabs for livelihood programs and are also rebuilding houses.
GMA Kapuso Foundation – This group currently helps rebuild houses.