A Prepper’s Guide: 8 Guns for Surviving the Zombie Apocalypse and Other SHTF Scenarios 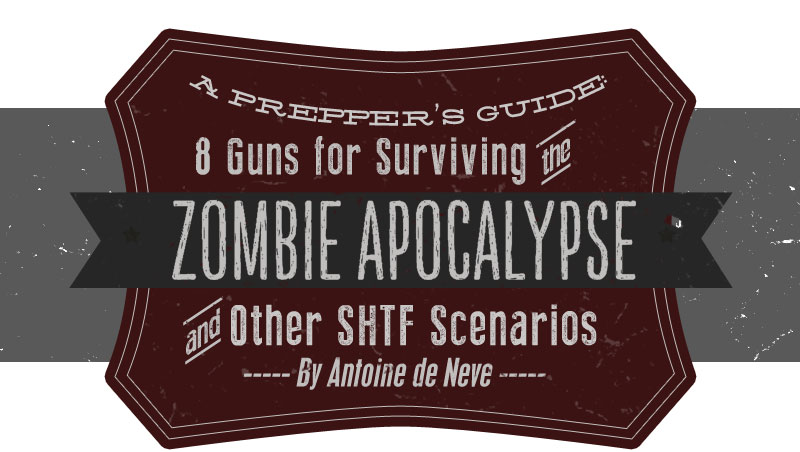 Several gun shops here in Las Vegas are decorated in not so “tongue in cheek” zombie apocalypse theme. Many tourists flock to these stores to enjoy buying targets with zombie figures and pay from $50.00 for rental and ammunition fees to try their favorite zombie machine guns. Google “zombie dream guns” and you get various advise on the type of guns you will need to survive when the SHTF (shit hits the fan). Here's a two barrel shotgun and an AR 15 rifle. 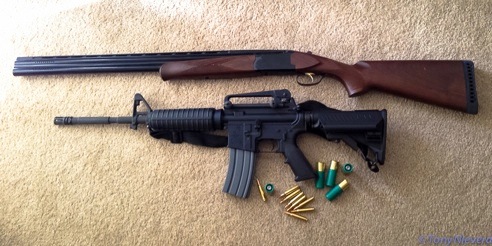 A common joke--a woman seeing the town sheriff walking in with his pistol holstered in his belt, said: “Sheriff are you expecting trouble?”. The sheriff answered, “Ma’am, if I was expecting trouble, I will bring my rifle.”

When SHTF and there's no other choice but to defend yourself, here are your best options.

The FNH Police 12 gauge tactical shotgun, can be loaded with double zero buck shots, 8 of them the size of .32 cal. They expand into a large area increasing the chances of hitting the target. This shotgun can also load 1/2 inch slugs that can blast door jambs and door hinges to gain ingress. The FNH police tactical shotgun can also load magnum ammunition and can load 8 shells.

US vice president Joe Biden suggested that for women double barrel shotguns, shown in the photo above the M4 rifle above, is his preferred gun. (I don’t agree with this advise but that is for another list) 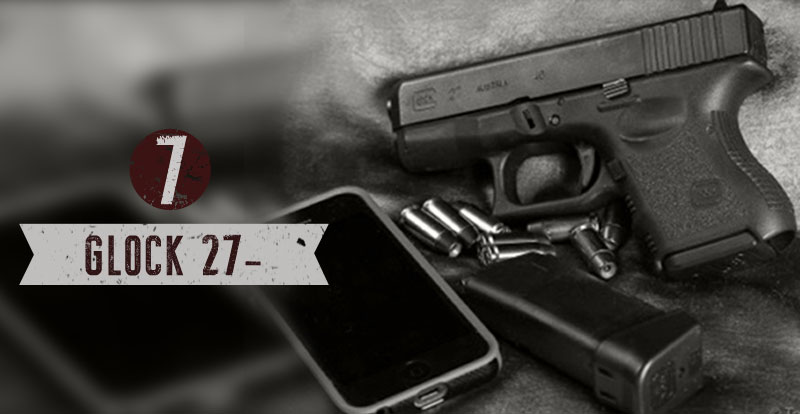 In case of SHTF carrying concealed weapons provides one the advantage of surprising the potential attackers. A .40 caliber is a new powerful ammunition and favorite of law enforcement officers and special forces.

America’s favorite rifle. The AR15, is the civilian version of the M16. My favorite is the Bushmaster AR15 chambered in .223 cal with adjustable stock and convertible handle/steel sight for use with accessories on the piccadilly rail. This rifle can hit long range targets, I have shot targets at 200 and 400 yards using off the shelf ammunition. 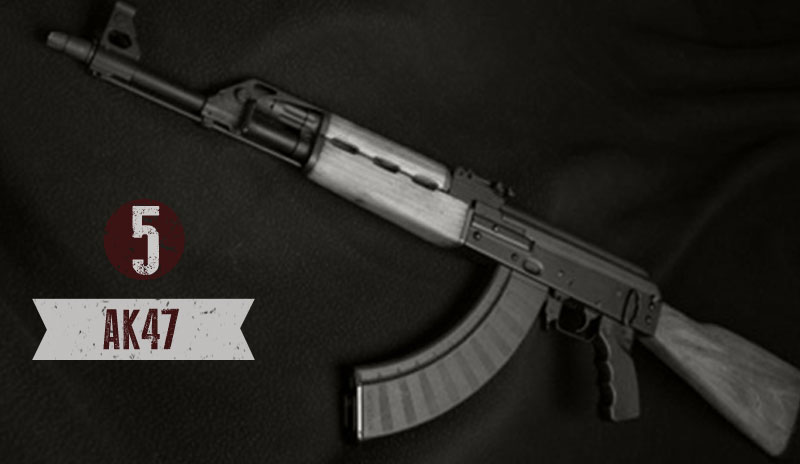 Avtomat Kalashikova 1947, also known as the “$10.00 weapon of mass destruction.” The Russian rifle AK 47 is chambered in the large .762 mm (.30 caliber) ammunition. This is a picture of a Romanian version with stainless steel bolt and a 50 round Bulgarian banana clip, one of the 100 millions of AK47’s produced in 20 countries like Russia and neighboring countries Romania, Yugoslavia, Bulgaria and also China. 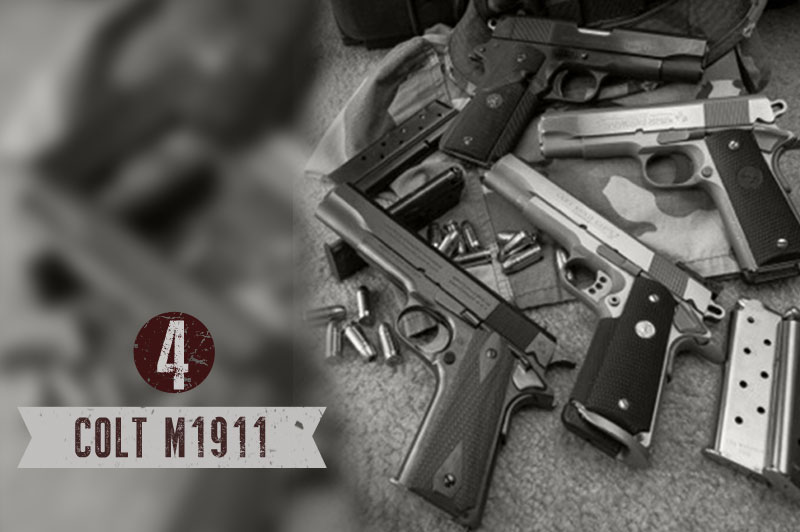 This semi automatic pistol in .45 cal was designed in by John Browning more than a 100 years ago, in 1911. Browning designed this pistol in response to the US military call for a pistol with a more powerful ammunition. In 1898, the US army found that their .38 caliber pistols were inadequate to stop the Filipino muslims during the Philippine American war. The US military issued the M1911 as the side arms since WW1, only shifting to the 9 mm Berreta M9, in the 80‘s. Many special forces continued to use the M 1911’s in .45 cal and this year the US marines are returning to using the M1911’s in .45 caliber. Many countries still use the M1911 as their military sidearms. Several countries inducing China manufacture their own version of this well designed and all time favorite pistol. The pistol at the bottom of the picture below is a copy of the original WW1 issue. the stainless steel are the series 80 Combat Commander and Gold Cup Government models. The top pistol is a Vietnam war issue in 9 mm. 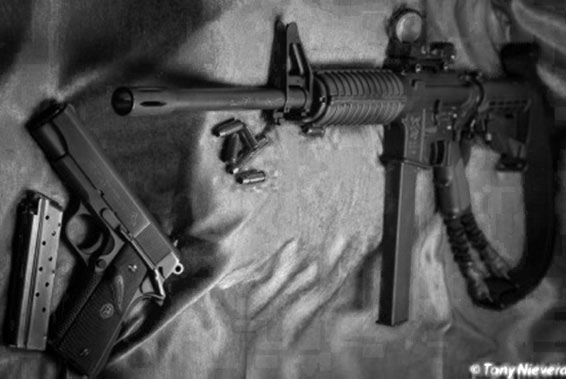 A pistol and a rifle combo for close quarter combat, an M1911 and AR both chambered in 9 mm. The M1911 pistol and AR 15 rifle are good combination to keep. Chambered in readily available 9 mm ammunitions, the 9 mm are widely used by the US and European military, police and other law enforcements.

A good companion to the small sub compact Glock, is the compact H&K Universal Service Pistol chambered in .40 caliber. Here configured with laser and flashlight, a good pistol to keep in a night table. When the US federal government decided to arm 10,000 civilians to prevent another 911 type attack, they chose this German designed pistol. 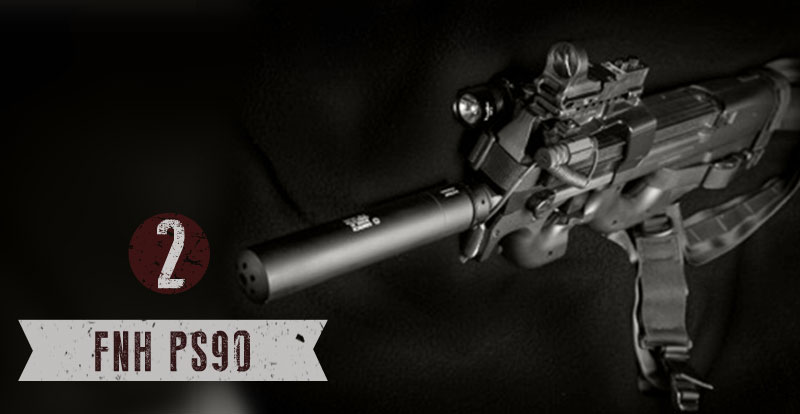 This (PDW) Personal Defense Weapon, designed in 1990 is chambered in 5.7 mm ammunition. It is easy to use with little recoil using the bullpup design, ergonomic style coupled with Cmore red dot sight, laser and flashlight. The top mounted magazine holds 50 rounds. Several law enforcement services have used the automatic and short barrel versions to protect high government officials and dignitaries. 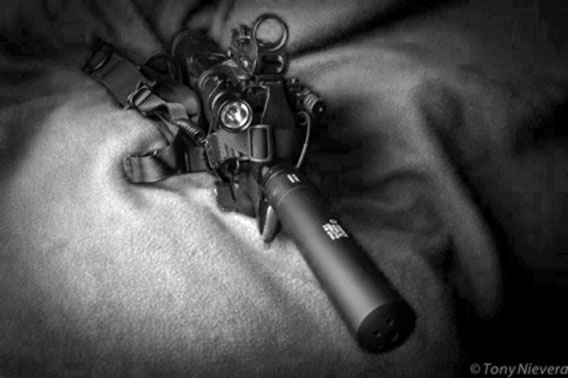 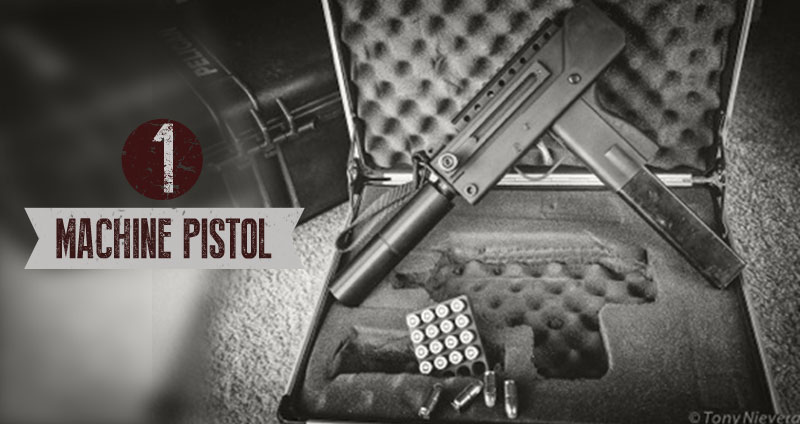 An open bolt machine pistol like this made by Masterpiece can shoot fast and create a steel wall of .45 cal. This pistol favoriteweapons used by TV and movie production people to depict bad guys in gang wars.